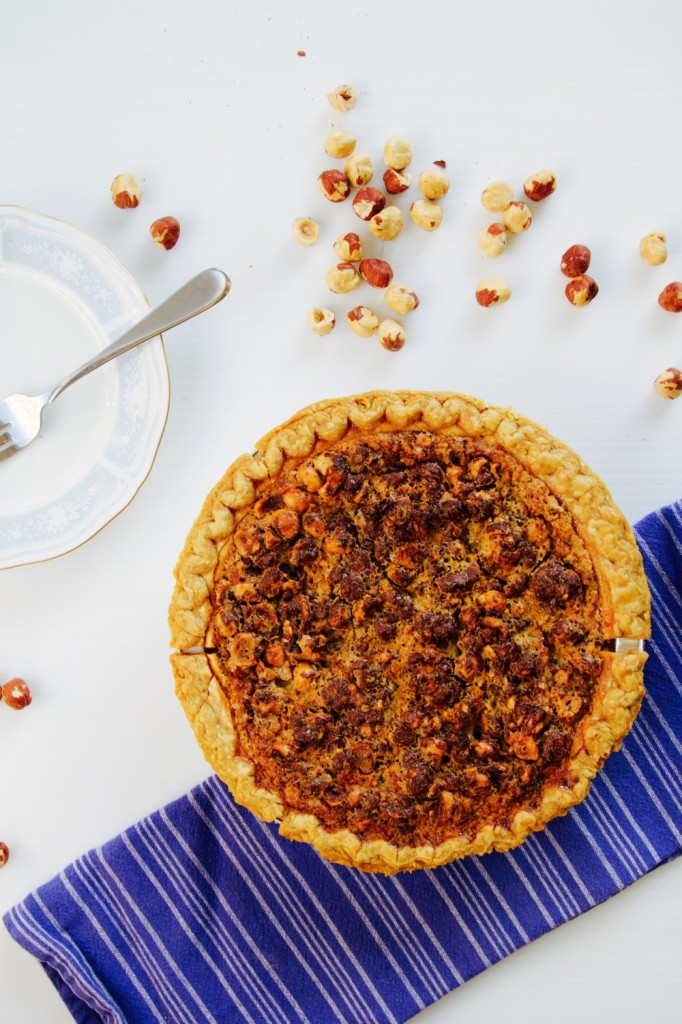 In my family, “pie” means “apple pie.” Especially on holidays: an apple pie (specifically my unscrewupable version, which was handed down from my mom) is just what’s getting made. Except more pie is good pie, and so I always make a second pie that’s…something else. Usually pumpkin, because pumpkin seems obvious. But this year, for our Friendsgiving, I wanted to make something a little more decadent and fancy-looking…except given my history with baking, I figured a test-run was in order so as not to leave our friends who braved holiday traffic sitting around our dinner table all pie-less because I effed something up.

Little confession: I didn’t actually make this pie; my son (who – heart swell heart swell – has announced that the “wants to cook things” when he grows up) did. (Minus the actual reading-of-instructions part, because he is four.)

And CHECK IT OUT.

That is a beautiful pie.

I mean, we killed it. And I wish I could say that it was skill on either Indy’s part or mine, but it’s not: it’s just a really, really simple recipe: so simple that a four year old and a baking disaster (that would be me) can make it. And it’s definitely got the “decadence” thing covered – it’s sort of similar to a pecan pie, with all that butter and cream and nutty flavor – but the orange zest gives it a nice little unexpected pop of citrus flavor that lightens the whole thing up.

This Thanksgiving, I suggest you give this pie a try. (Rhyming!) 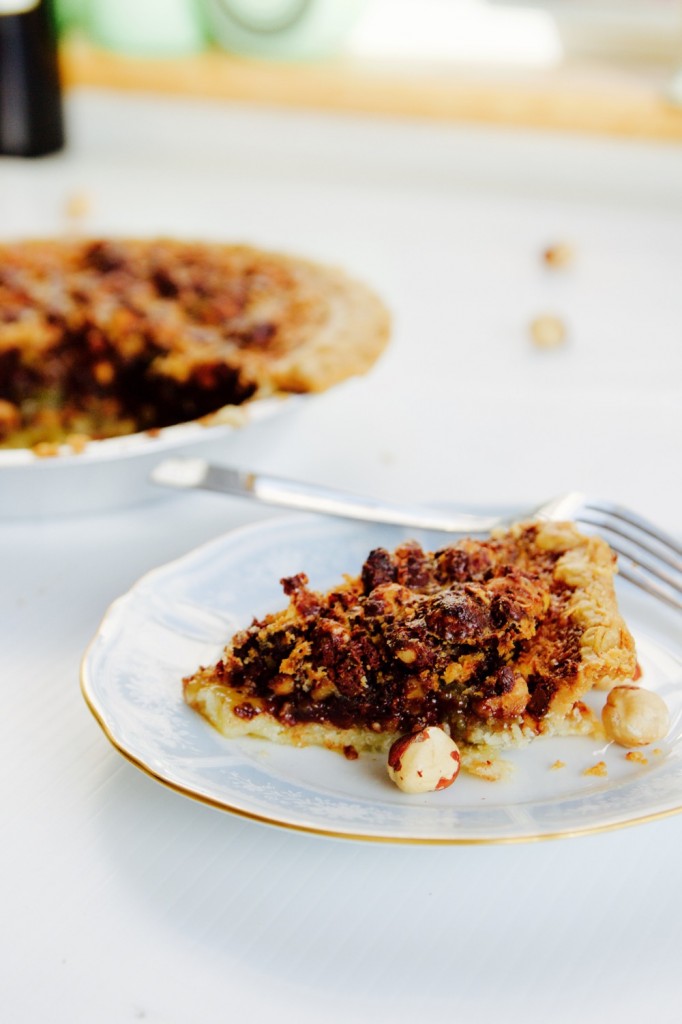 CHOCOLATE HAZELNUT CROSTATA (from a recipe found in a People magazine, because People recipes are the best recipes) 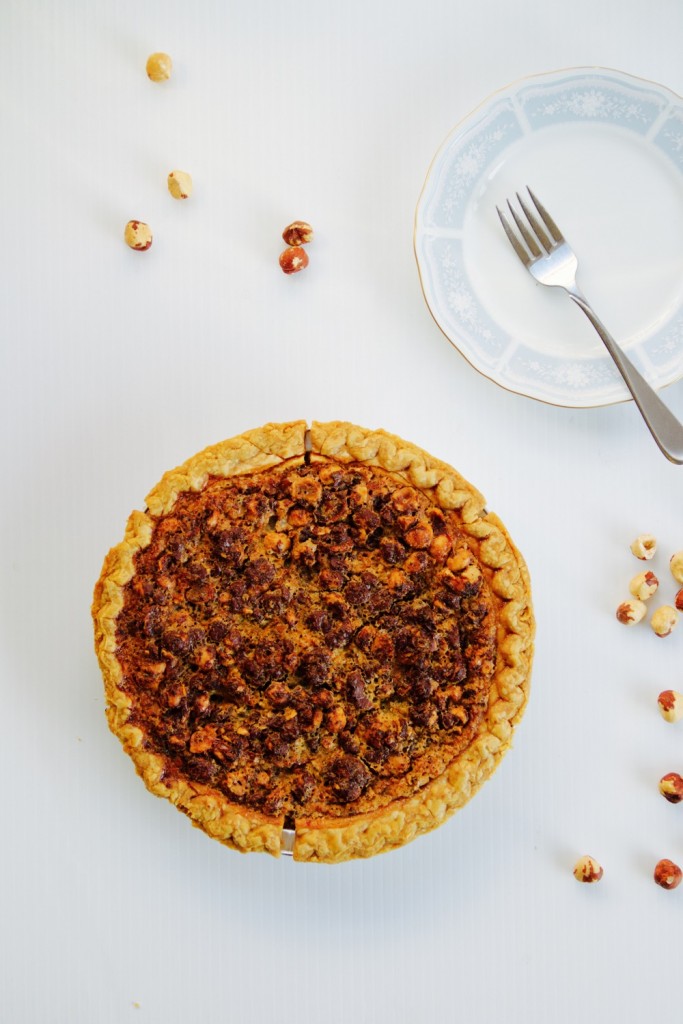 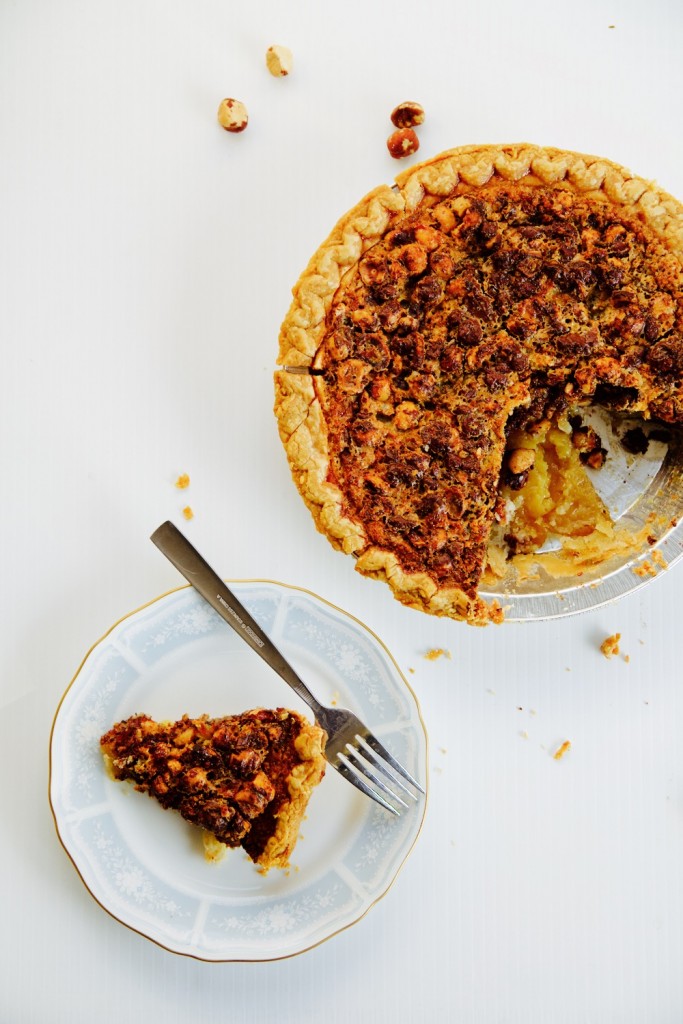