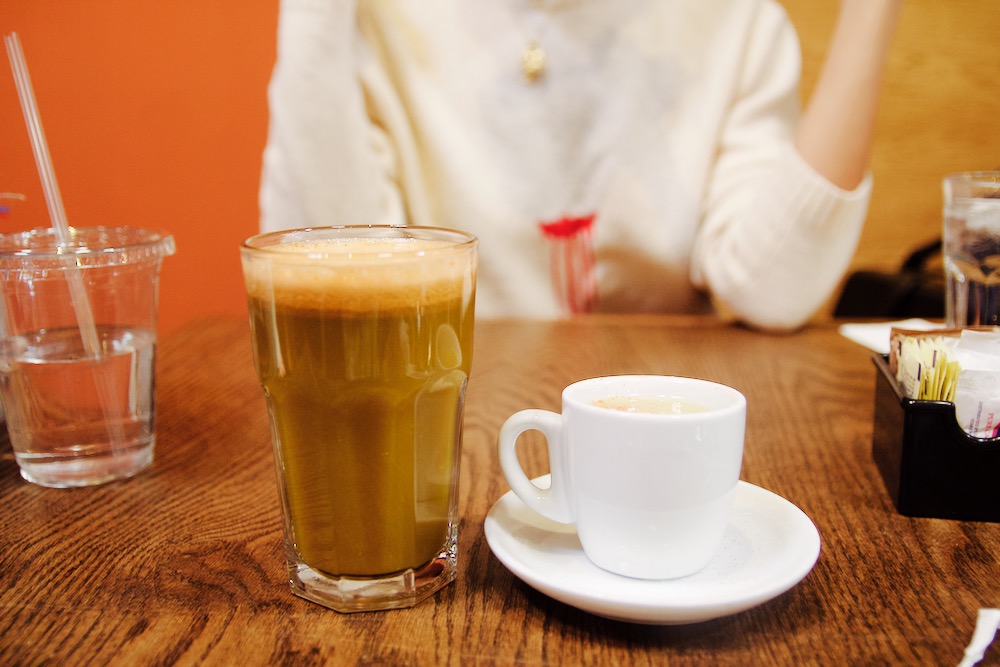 So apparently when I go to Los Angeles I turn into a completely different human being and actively seek out things like carrot-celery-cucumber juice. (The most annoying part? The damn juice tasted like heaven on toast, thereby very much not supporting my lifelong theory that healthy rabbitish food of the sort typically eaten by denizens of the Organic Coast tastes like sandpaper. Ugh.)

Francesca and I went to breakfast at the Blu Jam, in West Hollywood, because we were in need of blueberry pancakes…but then I (completely inexplicably) ordered that carrot-celery-cucumber juice. And so I figured what the hell, while I was at it I might as well get super weird and get The Ginger Shot, because I’m at the start of a cold and Francesca assured me that the shot would fix it.

It didn’t “fix” it, exactly, but it was kind of amazing. It actually hurt to drink – but in this creepily exciting masochistic way, and instantly made me feel healthy (or at least it made me feel healthy for the next five minutes, after which my cold returned, but still). Apparently the ginger and lemon cleanse the body and shock it with a massive dose of Vitamin C, and the cayenne pepper speeds the metabolism. And it sort of burns its way down your throat and gives you this massive energy burst, and it’s all very dramatic and (ugh I hate to admit this, but:) awesome.

So then the next day I went back and got another one.

(I am transitioning over to the dark side, that’s what’s going on.) 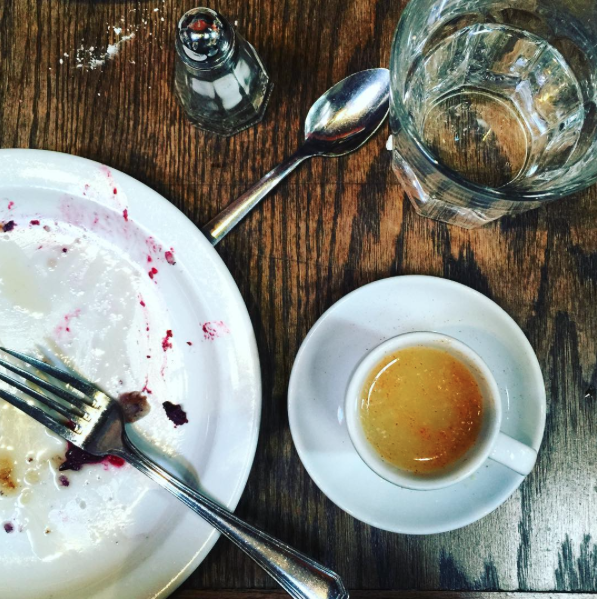 If you have a juicer: Juice 2 lemons and a 2-inch piece of ginger, then strain through a sieve. Top with a sprinkling of cayenne pepper.

If you don’t have a juicer: Squeeze out the juice of two lemons. Use a microplane to shred the ginger, then put it in a sieve and press out as much liquid as possible. Stir the juices together, and top with cayenne.

P.S. Over on Instagram my friend Liz suggested boiling ginger with lemon juice, honey and cayenne to make a tea. That sounds way less labor-intensive and way more like something I’d actually do.