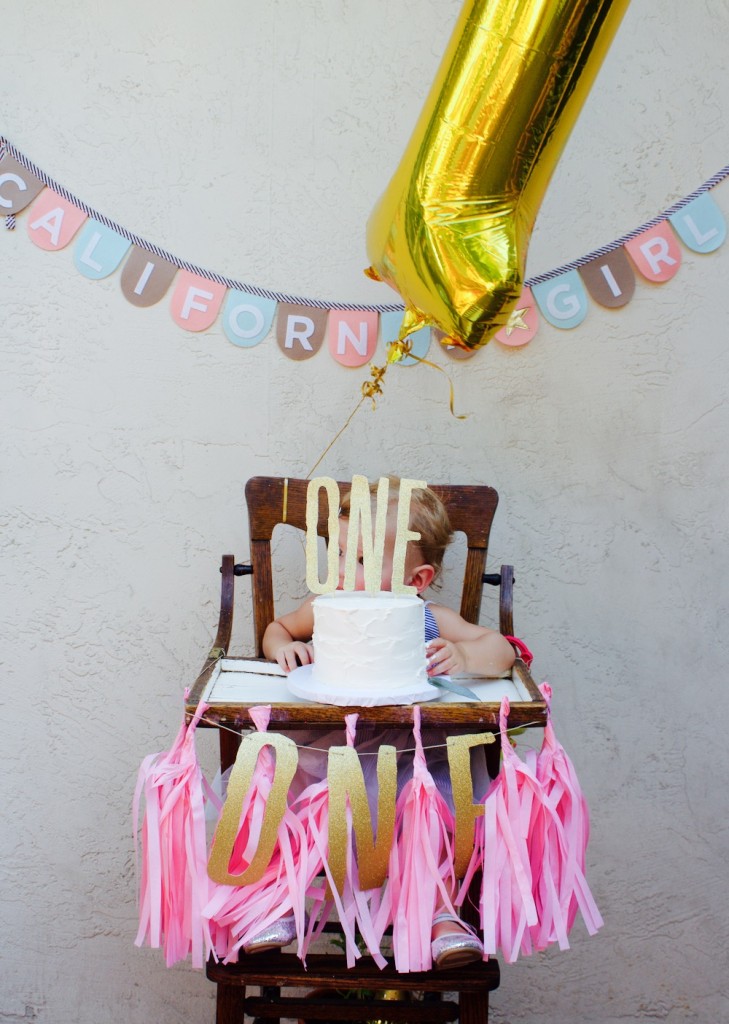 When I was in New York for just one night last week, I ran out to have a half-hour dinner with my mom, and ended up crying. For literally no reason. We were eating gnocchi and talking about the decorations for Goldie’s upcoming birthday party, and all of a sudden -> tears. It was super hormonal-y, and totally reminded me of the post-birth mood swings, and I couldn’t figure out what was going on for a second, until I realized.

It’s just that she’s SO great and SO cute: this sweet, snuggly, tiny baby who plays peekaboo by covering her ears and just learned to give me kisses and waves at everybody she sees and cannot for the life of her go five seconds without laughing. Except she’s not a baby anymore.

I just want her to be my baby. Forever, please.

Let’s switch topics, quick, before things go south for real. Her birthday party was literally – and I’m using “literally” correctly here – the nicest party I’ve ever thrown with the exception of my wedding.

The thing about first birthdays is that they’re mostly for the adults, you know? Especially if it’s your first baby – there probably aren’t more than a handful of kids there. So while it’s nice to have touches that convey “this is a child’s birthday party,” it’s also nice to have elements that say “…and also just a party; don’t worry, everyone, cocktails will most certainly be served.”

So I had all these fun ideas for what I wanted to do, except I just spent the past week traveling and am busy like an entire beehive at the moment, and also cannot bake birthday cakes to save my life, as we know, so I decided a little outsourcing was in order. A big service that Thumbtack offers is party planning, and while I’ve never even considered hiring a party planner before (other than for my wedding) because it just sounds so…I don’t know, so fancy, I figured hey: we just moved across the country and have zero time to frost things. Also, mom wouldn’t mind actually celebrating, as opposed to hostessing, for a second.

So why not try it and see how it goes?

Here is how it went: LIKE JOY AND MARSHMALLOWS.

Y’all, I am hiring the woman who I found on Thumbtack – Chasity from Style My Party – for the rest of my events forever and ever for the rest of my life. It was that wonderful, and special, and honestly not even all that crazy expensive considering the spectacularness of the results. All I did to find the service was put in the basics of the event into the Thumbtack questionnaire that you get when you start a new project, and within minutes I was emailed custom quotes from four different local party planners, each with a specific budget and vision. And then I just picked the one that I liked best and fit my budget.

A couple of days later, the owner of the company I chose came over to check out my place and talk about things like colors and party favors (which was impressive right off the bat, because she clearly really cared about making the event special and unique to us). On the actual day, she came over to set up, then returned later on to break down, leaving me with very little to do other than actually enjoy my daughter’s first birthday.

Which, oh my god, I did. It was so beautiful. She was so happy.

I remember after Indy’s first birthday party (and his second) was over and all the guests were gone and Indy was asleep and it was just me and Kendrick and a pile of wrapping paper, I sat down on the couch and cried my eyes out. Because I could hardly take it: the fact that it – both the party and his babyhood – was over. So this is apparently a pattern for me, but now I understand what’s happening, and, more importantly, now I also know what’s coming…which is watching my baby girl turn into who she is. And there’s nothing at all sad about that. 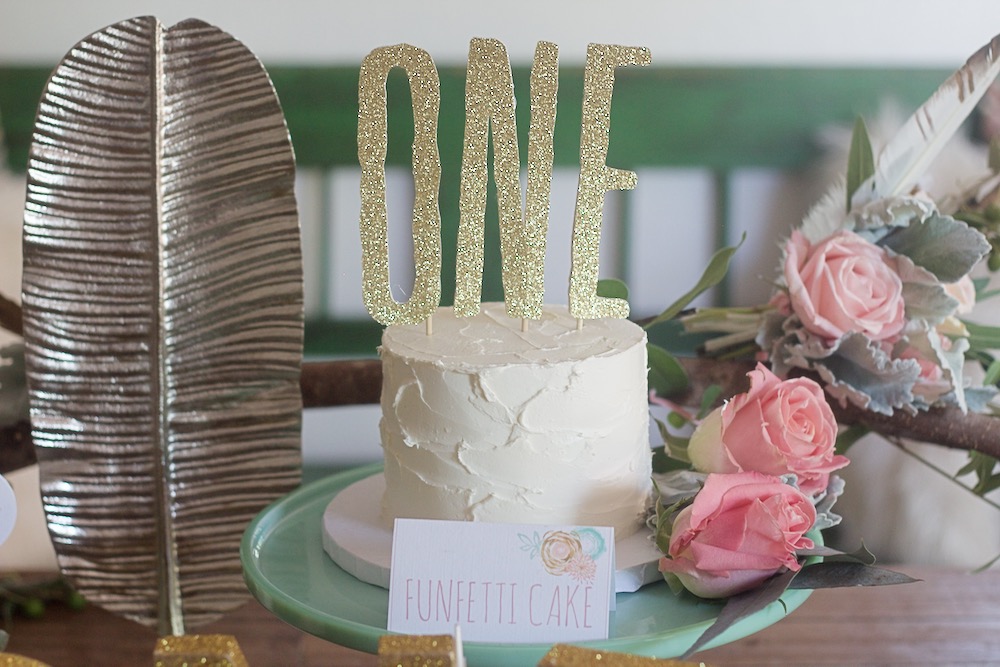 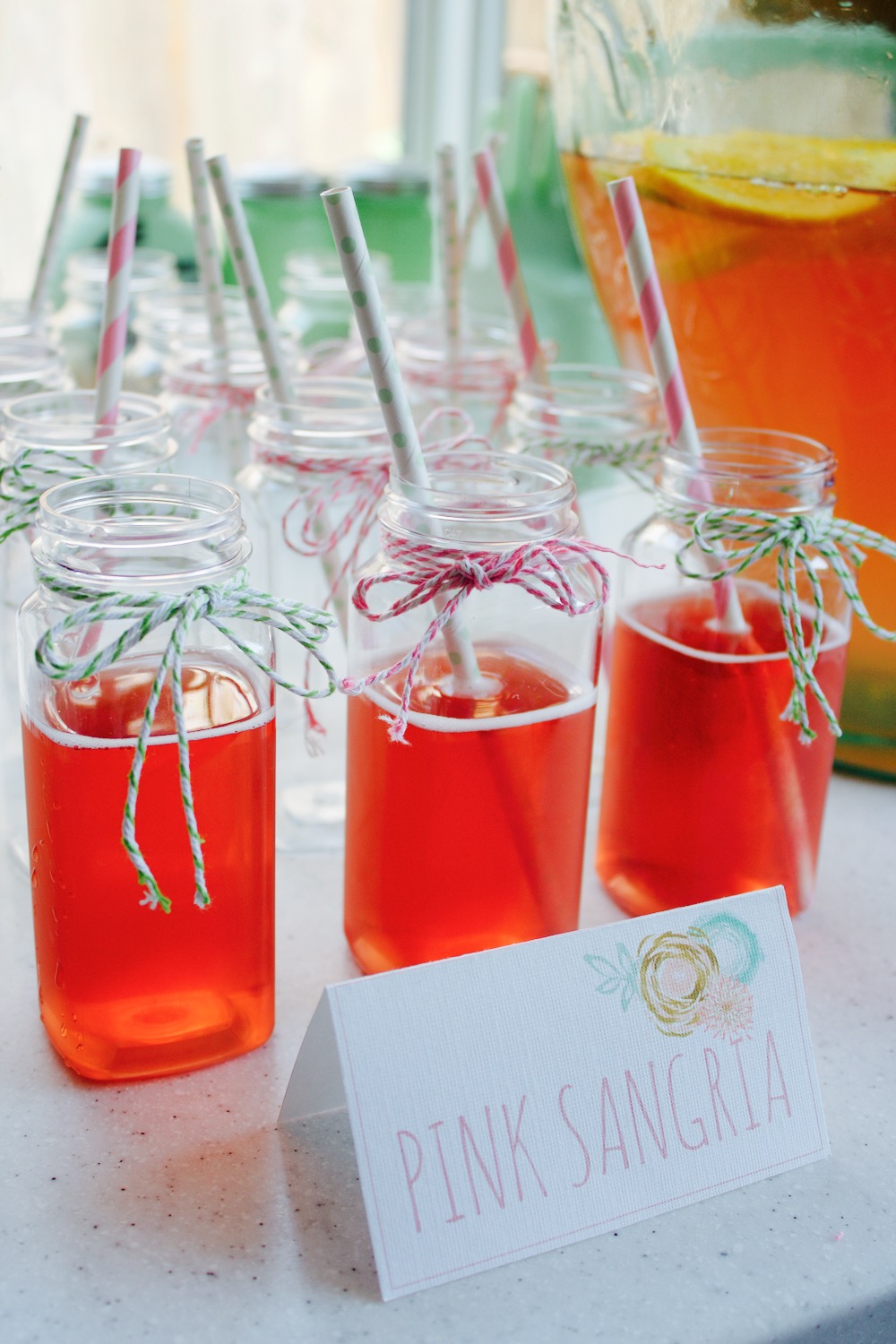 The Drinks: For the kids, we put out juice boxes. For the adults, I made Pink Lemonade Sangria. Ooooooo. 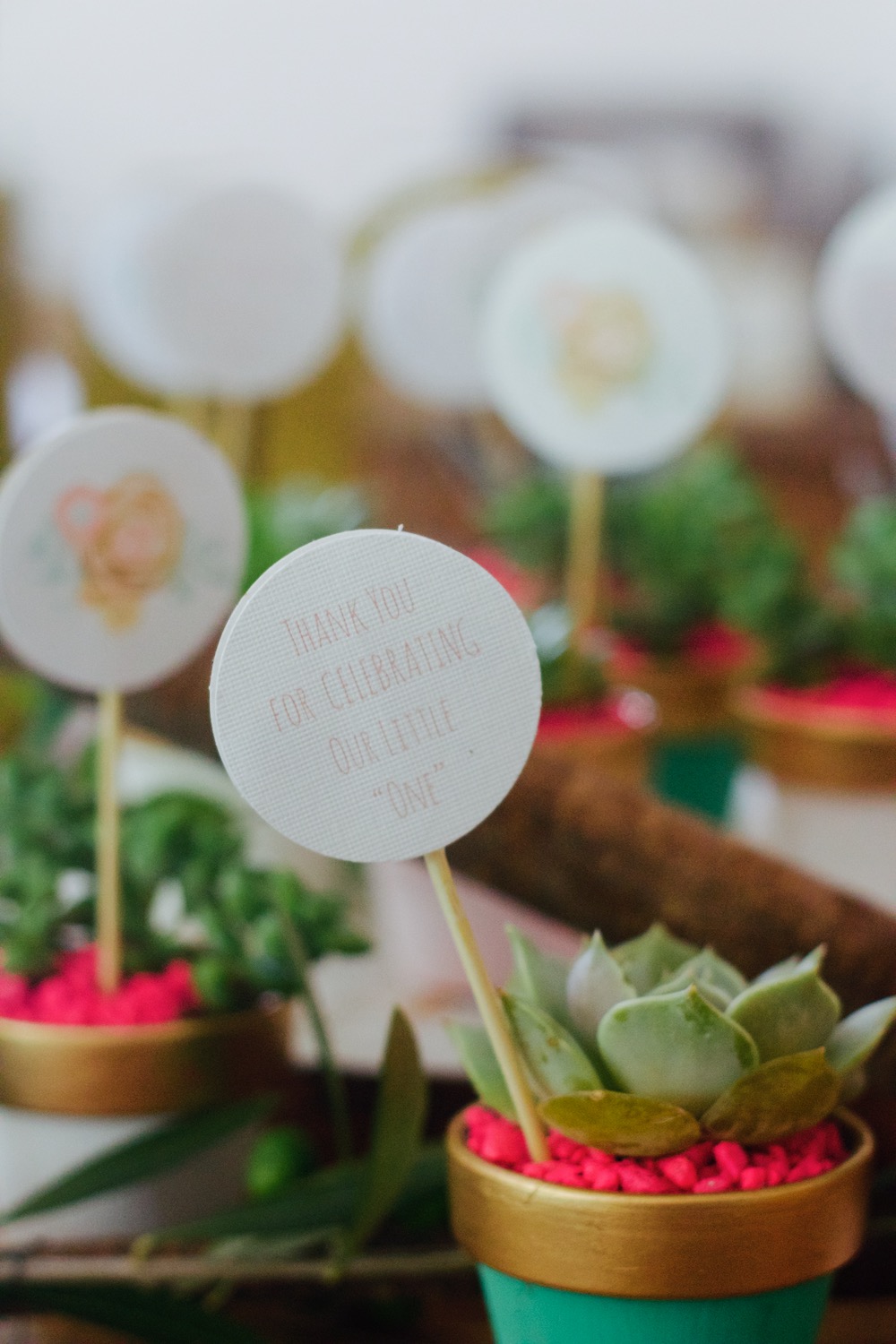 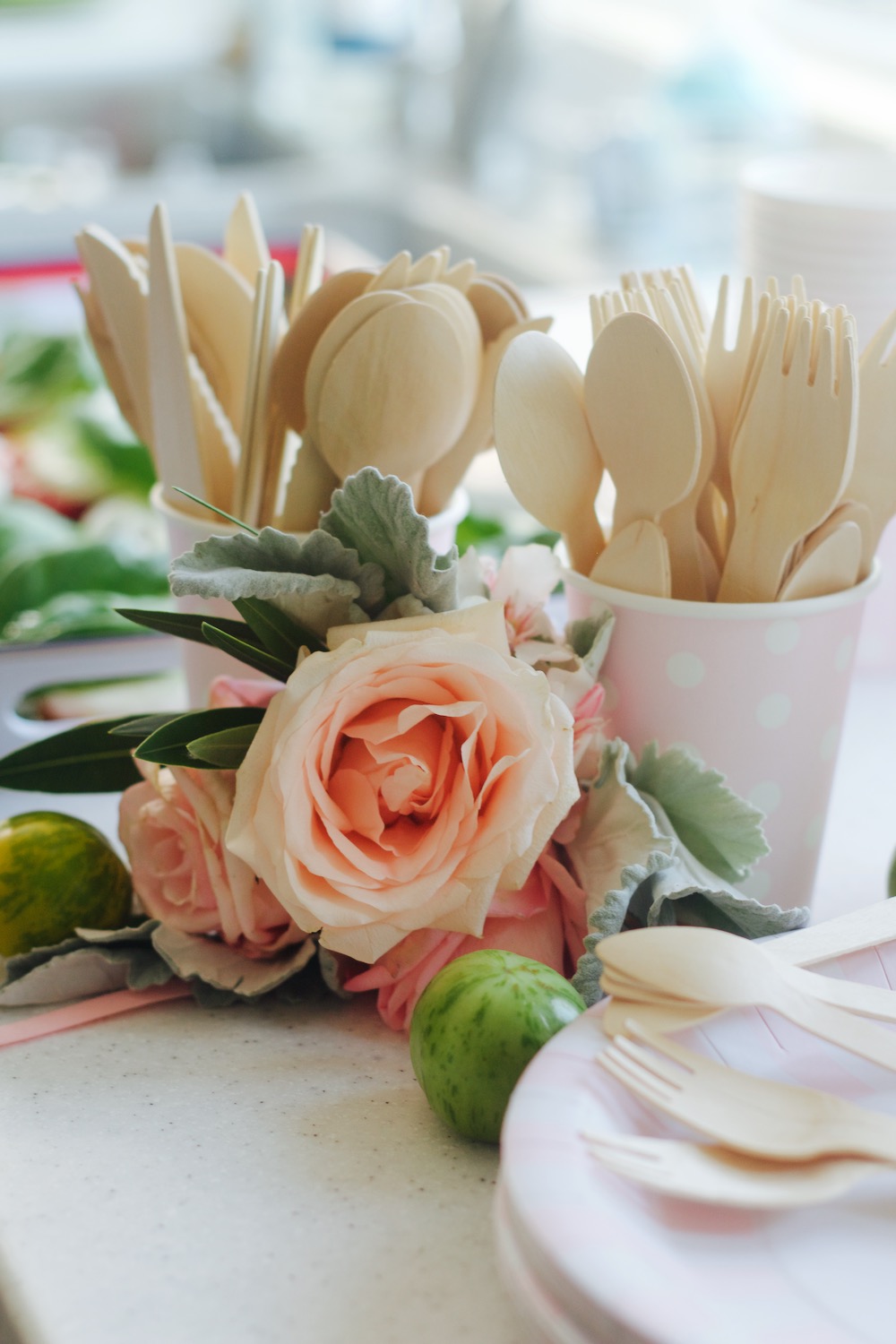 The Decor: All pink and gold and mint (ahem, The Palette) with white lace accents, to create a girly-but-still-elegant effect. 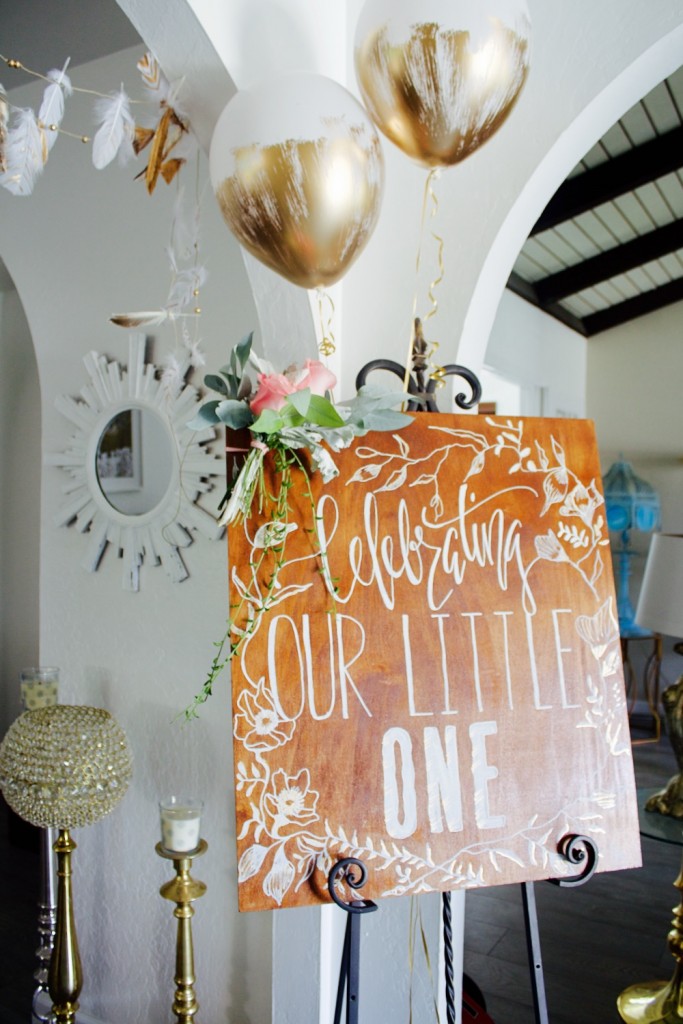 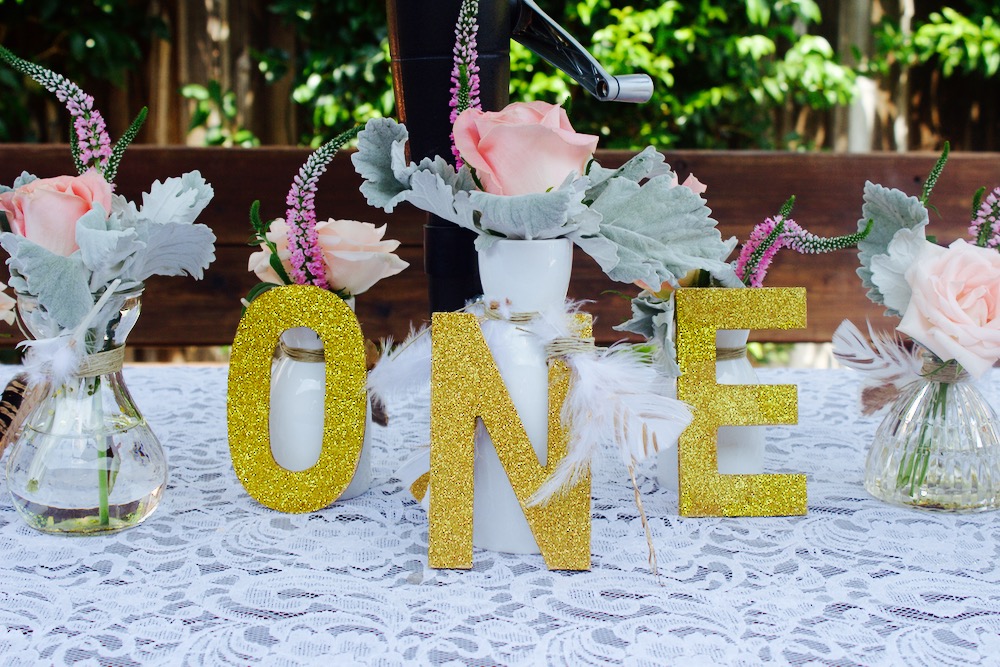 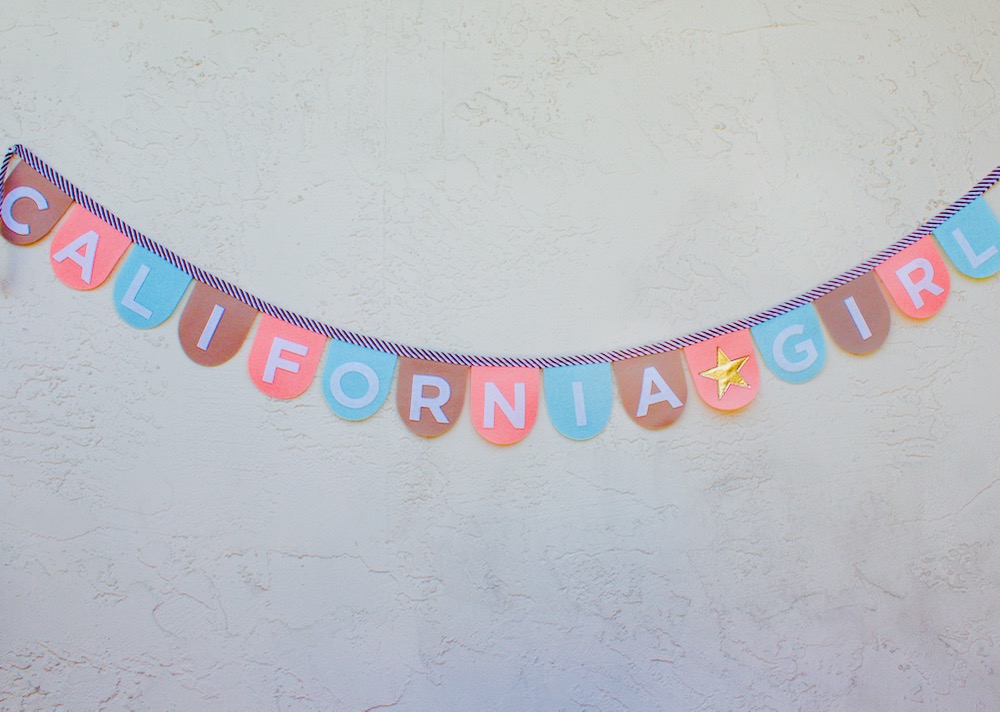 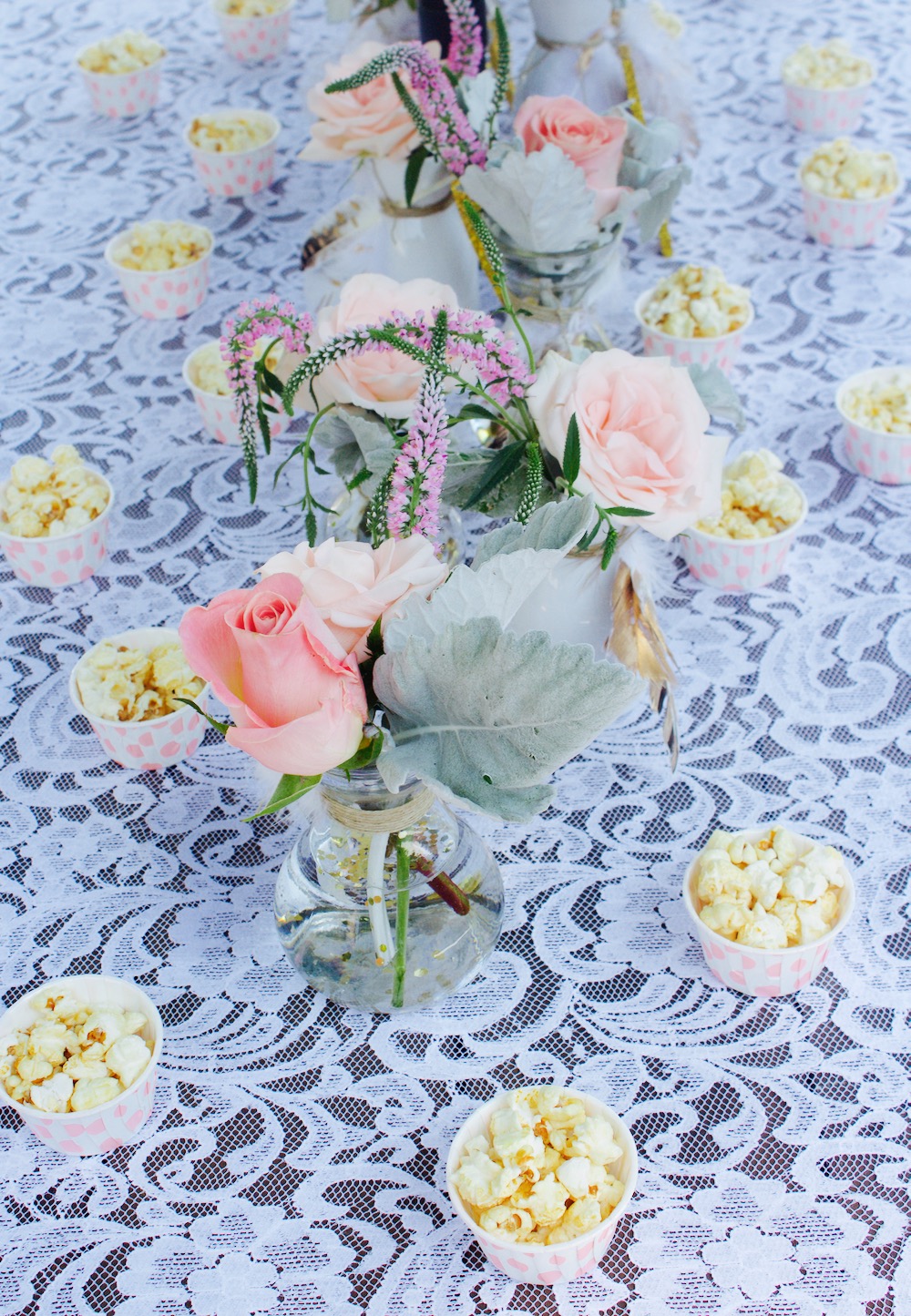 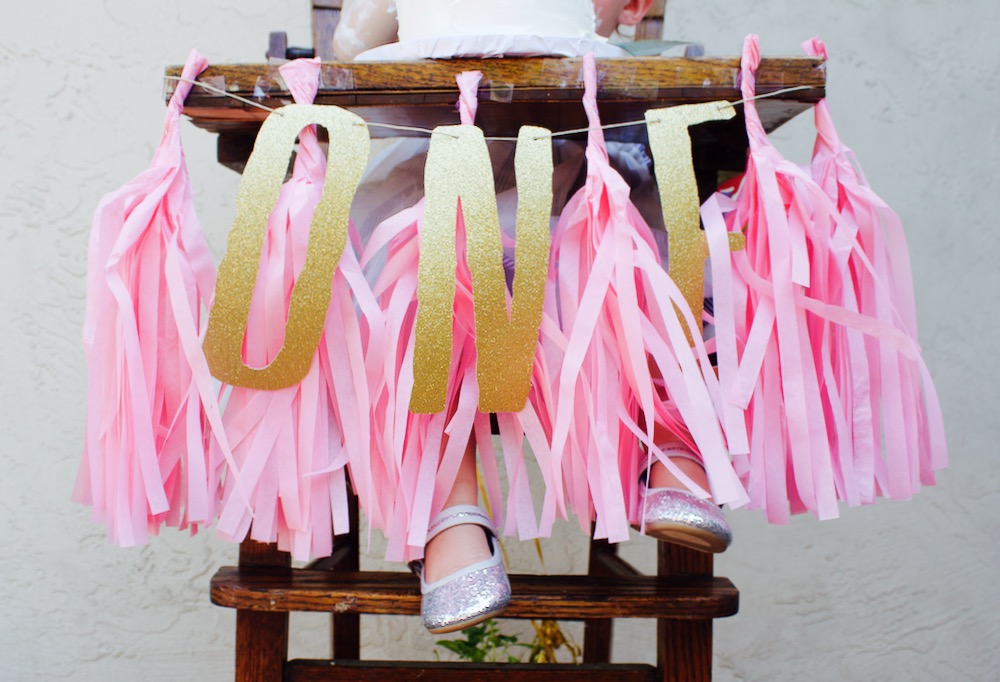 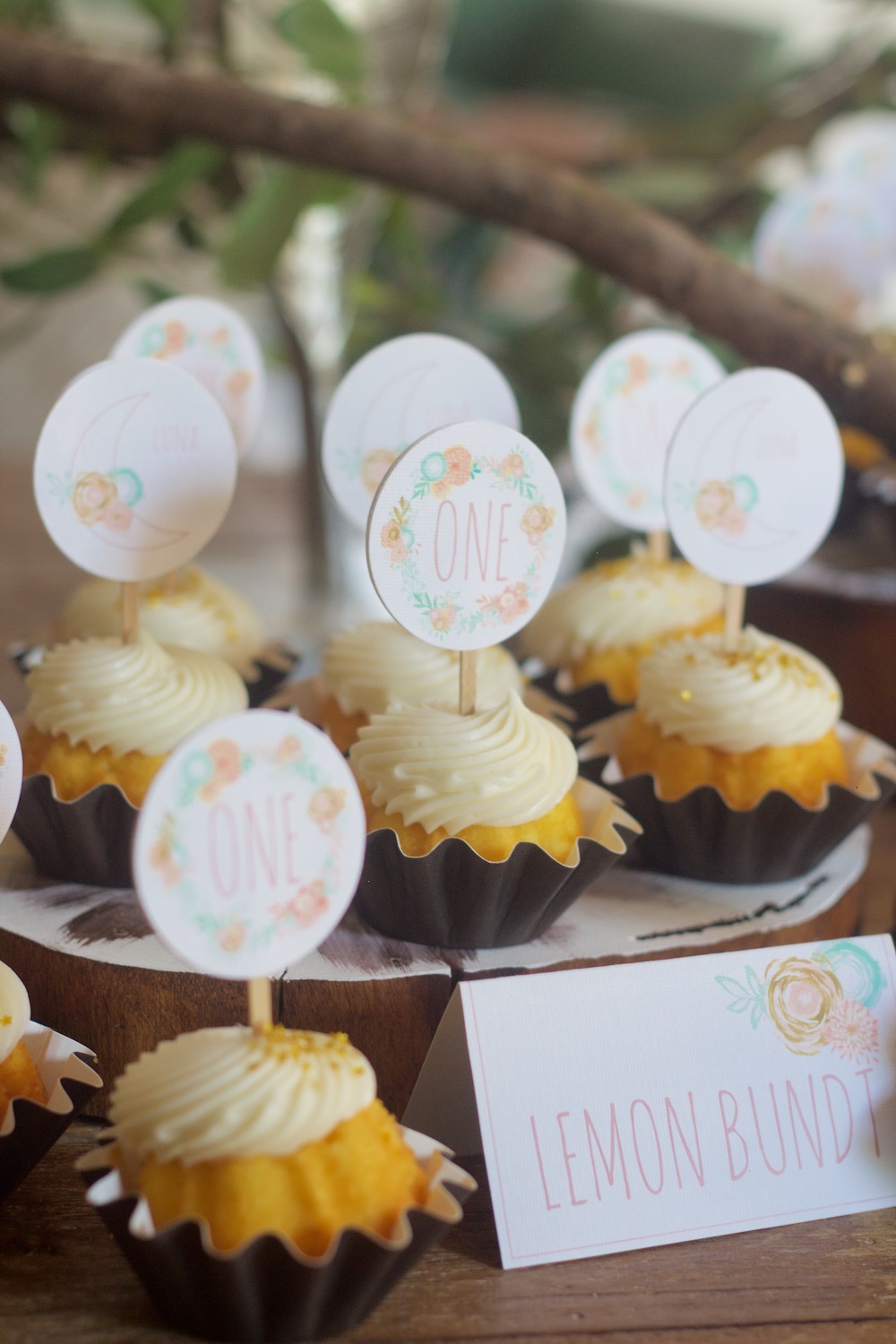 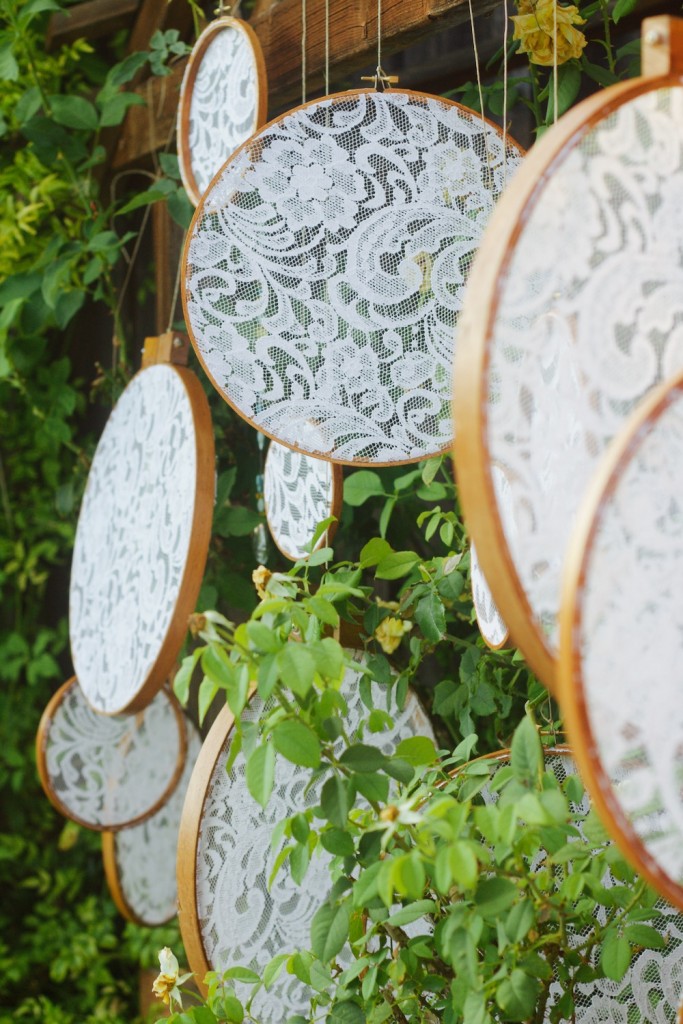 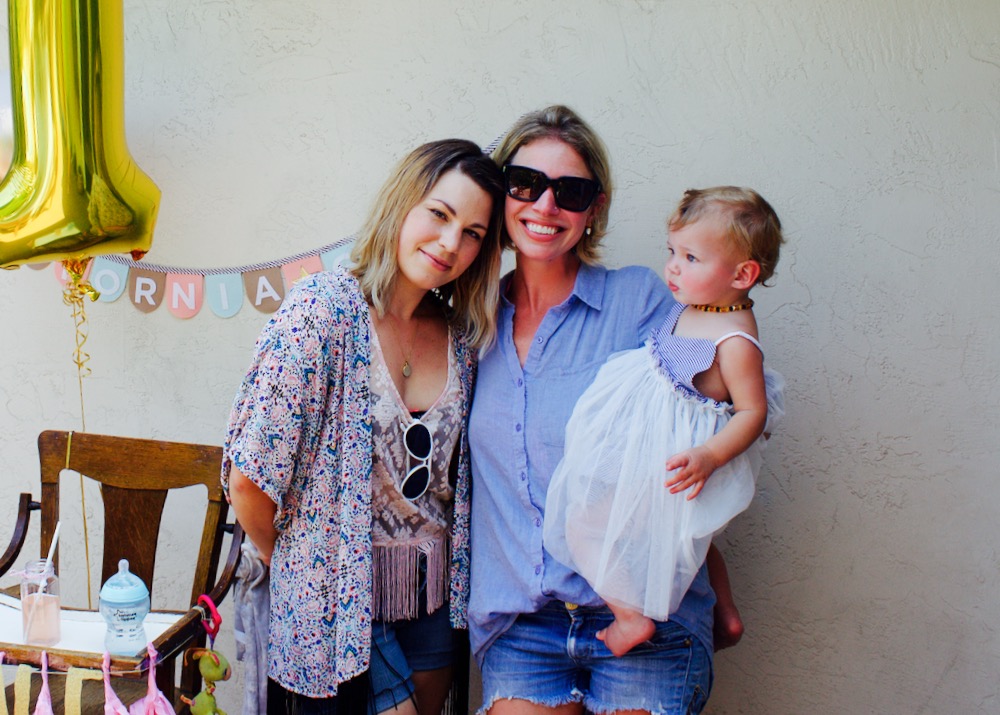 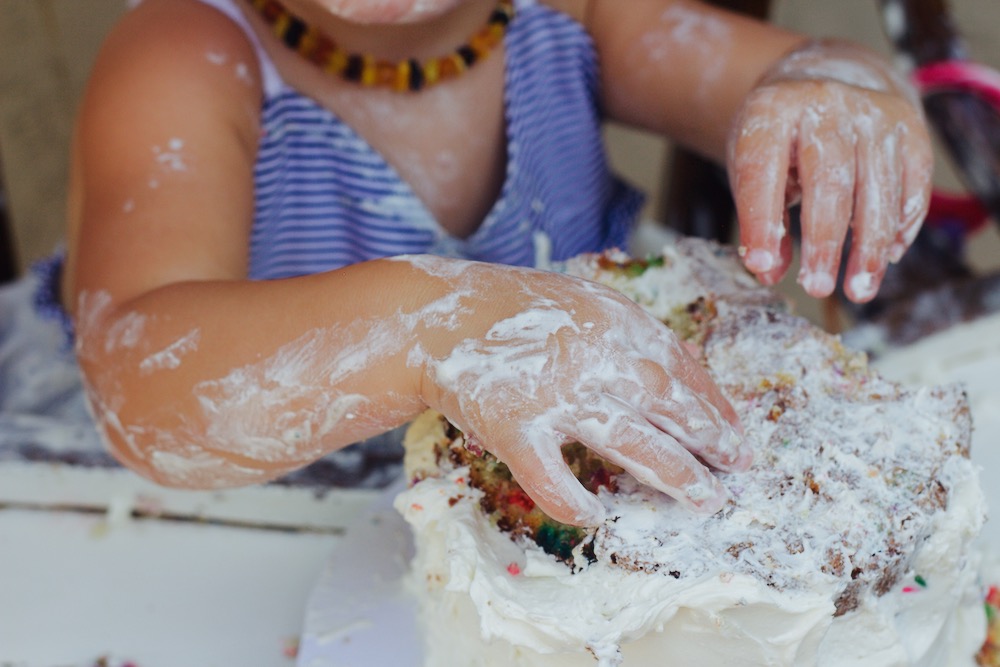 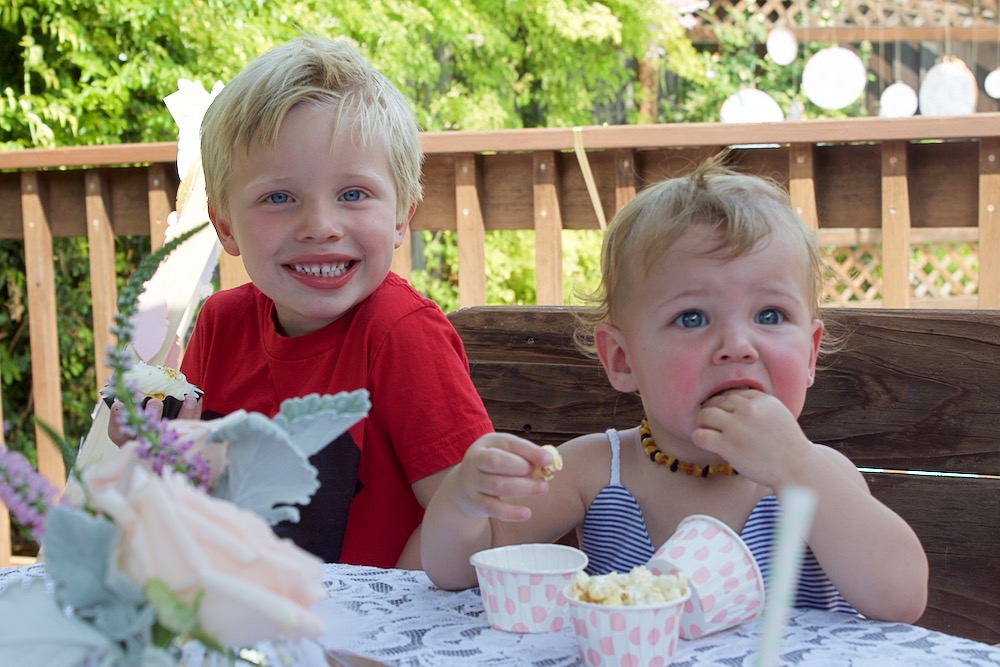 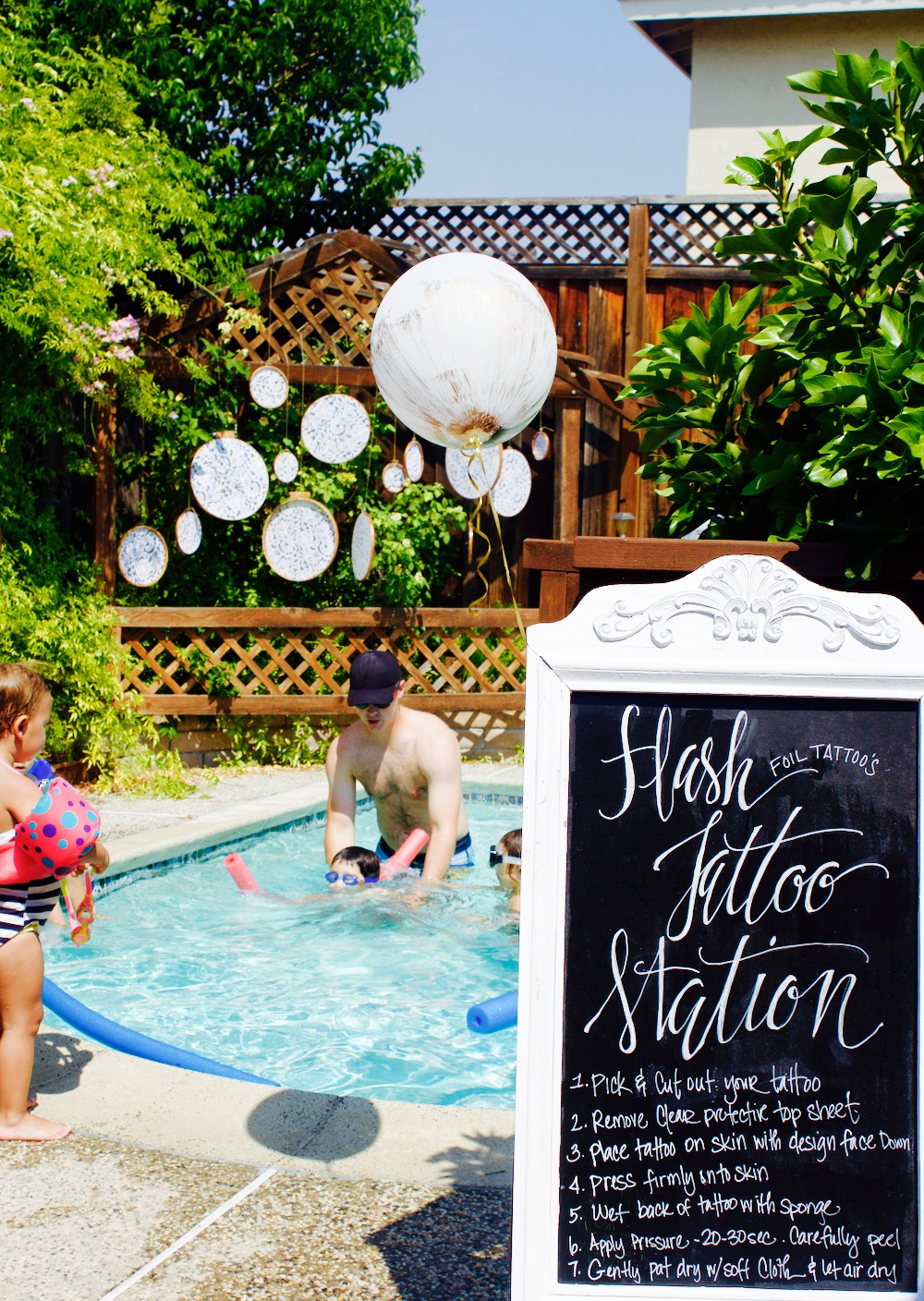 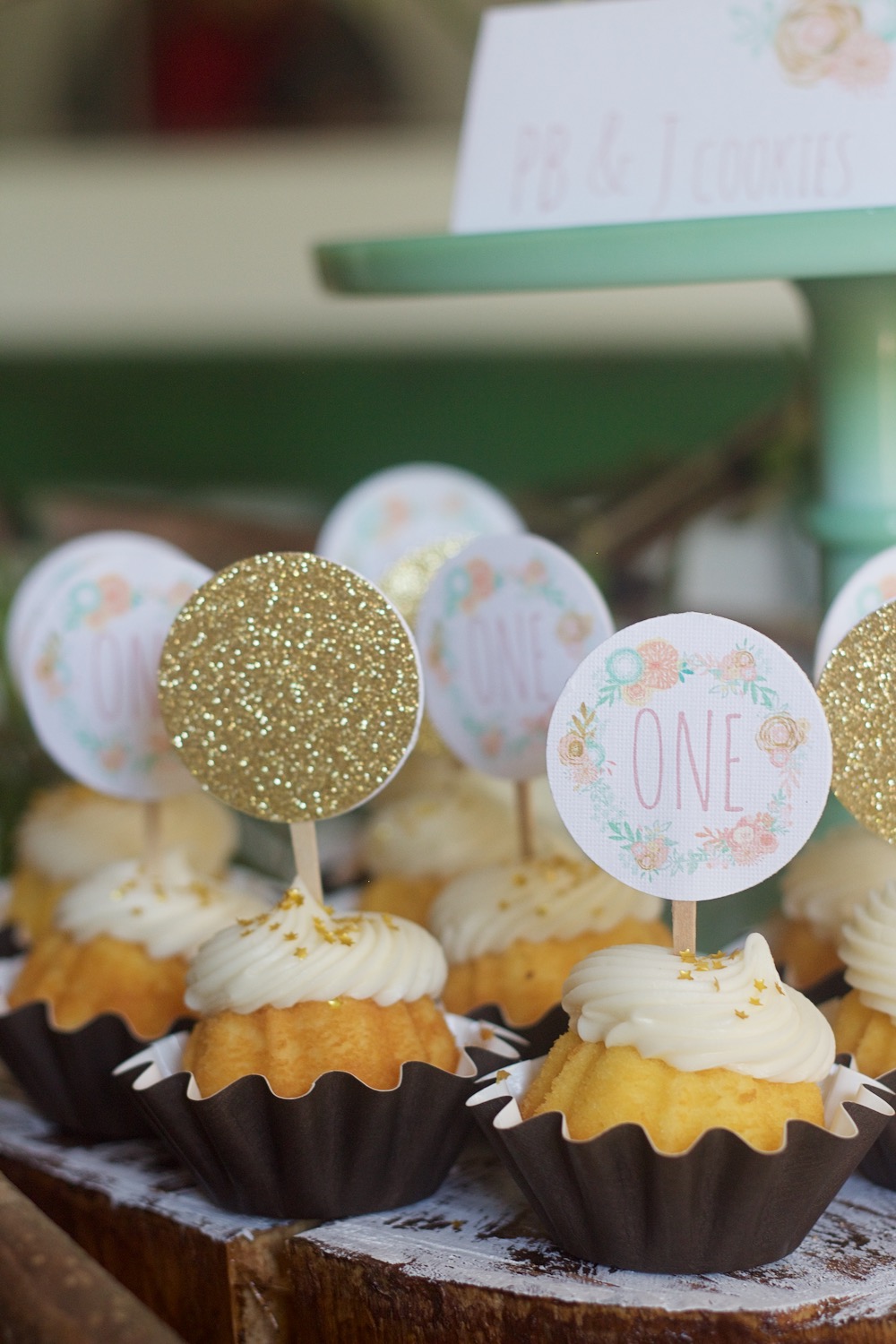 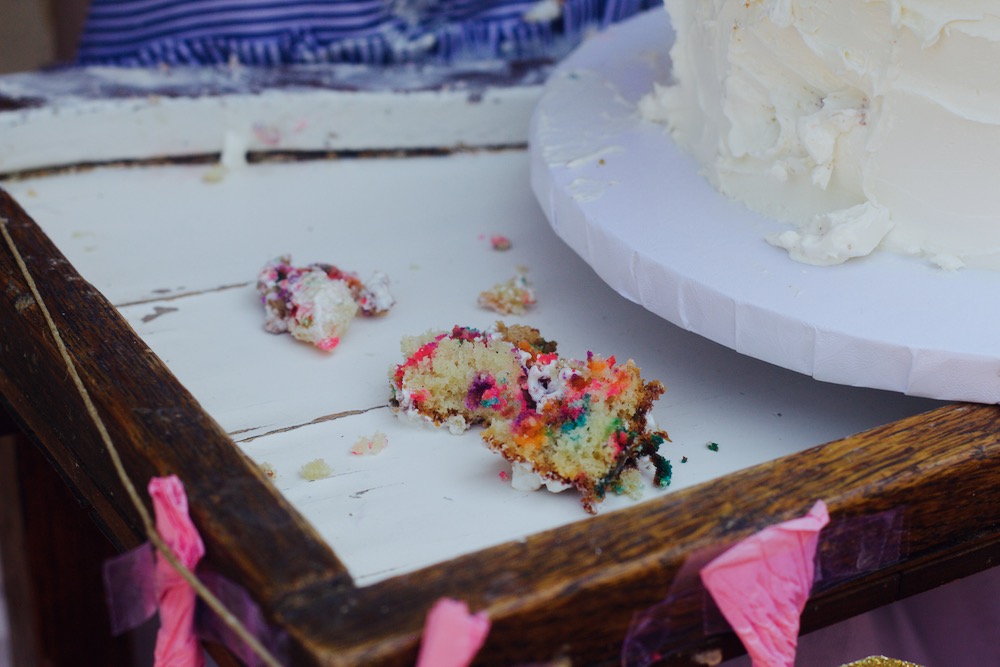 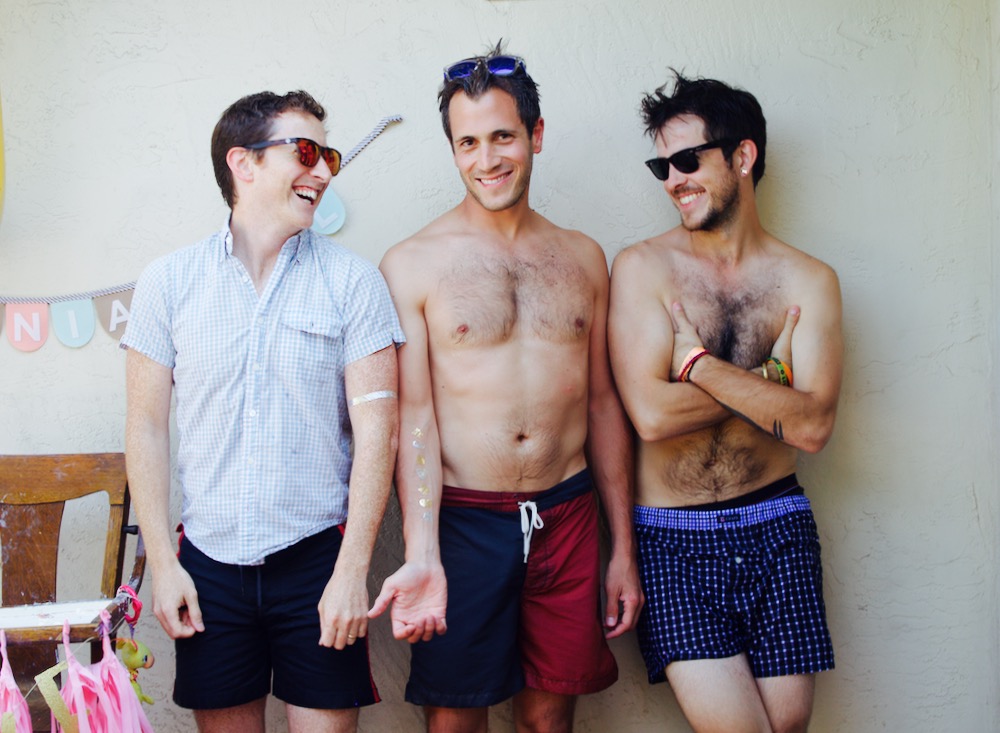 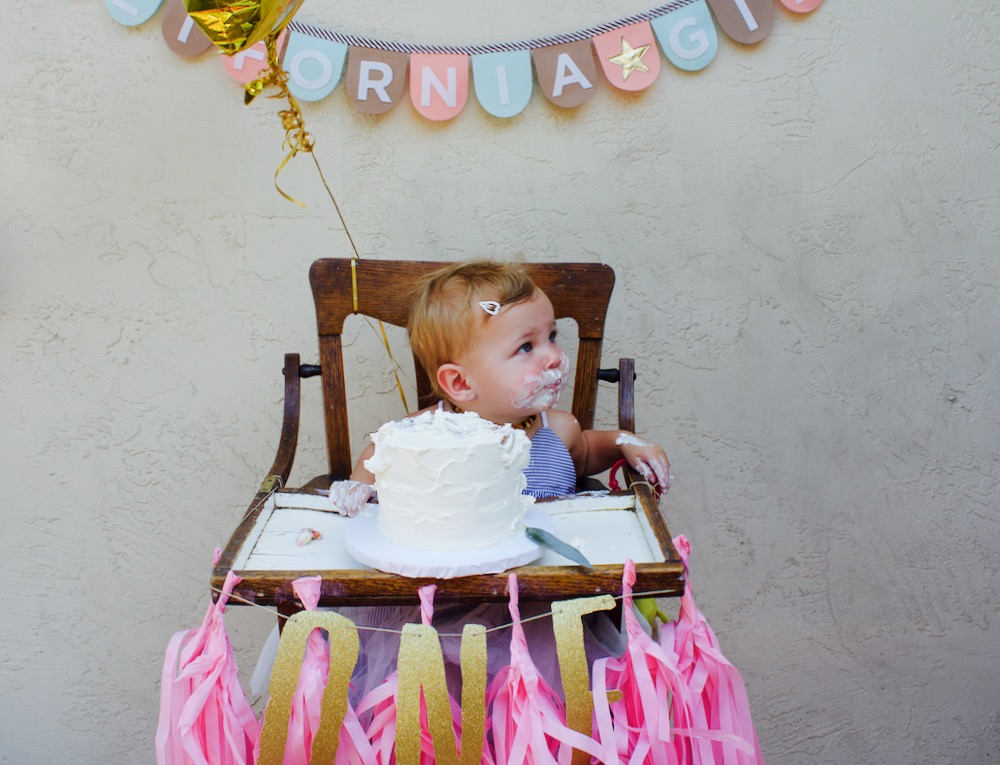 Best day ever. Big thanks to everyone who was a part of it.

| Thumbtack is a partner of Ramshackle Glam |