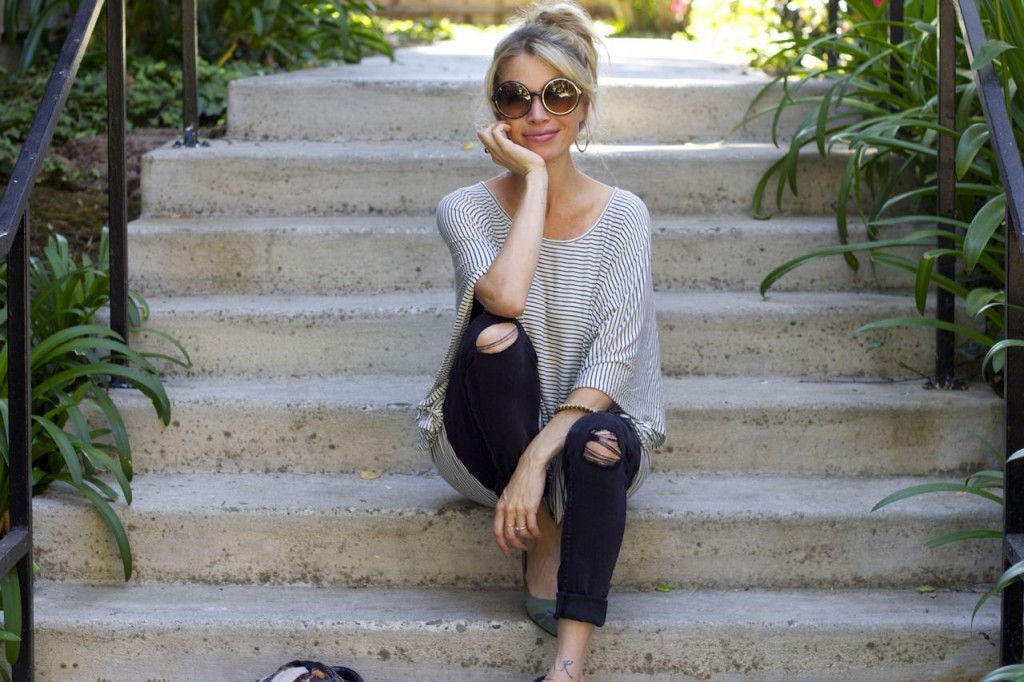 One week postpartum, and more or less functioning

Here’s why: when you’re pregnant for the second time, your life has already changed. You’re already in the rhythm of taking care of a child, so it’s not the huge “dear god, what is this waking-up-at-three-o’clock-in-the-morning thing?! MAKE IT STOP” acclimation that it was the first time. Chances are the birth will be a million times easier…and it just goes from there. I’m telling you: by the time my daughter was just a couple of weeks old I was sleeping, and eating like a normal person, and doing the things I wanted to do, same as I was doing before she was there. I was reading books. I was blow-drying my hair. I was relaxing in front of the TV. Sure, I was – and am – busier with two kids to take care of, but it all feels about ten thousand times more manageable…mostly because I know she’s okay, and he’s okay, and I’m okay. I know I’m a mom – something that I didn’t know the first time around – and I know I can handle it, whatever “it” is. That’s big.

Second piece of good news: all those worries about how your relationship with your first child will change after the arrival of a second make a ton of sense, but I can promise, as someone who was absolutely consumed by the exact same fears: you have nothing to worry about. Just the fact that you are thinking about this now means that you are paying close attention to your needs and to your child’s needs, and that you will make whatever adjustments you need to to make sure you all feel safe and loved.

In the days leading up to our daughter’s birth I found myself obsessed with spending “special time” with my son – taking him out to just-us-two meals, laying with him as long as he wanted at night, literally breathing him in. And in the days after Goldie’s arrival, when I was recuperating from the birth and had to take it easy, it was – as you read in that blog post you mentioned – really hard. I missed running around with him so much I ached; I did.

But – and this is a big “but” – because I knew my daughter was okay without me for short periods of time (something I didn’t really know the first time I did this), I was able to make a conscious decision to do little things that I felt were important to make myself (and my son) feel more comfortable with the changes going on. I stepped away from my daughter when I needed to, knowing that she would be okay, and found chances to spend alone time with Indy. Even if it was only for fifteen or twenty minutes a day, it helped so much. 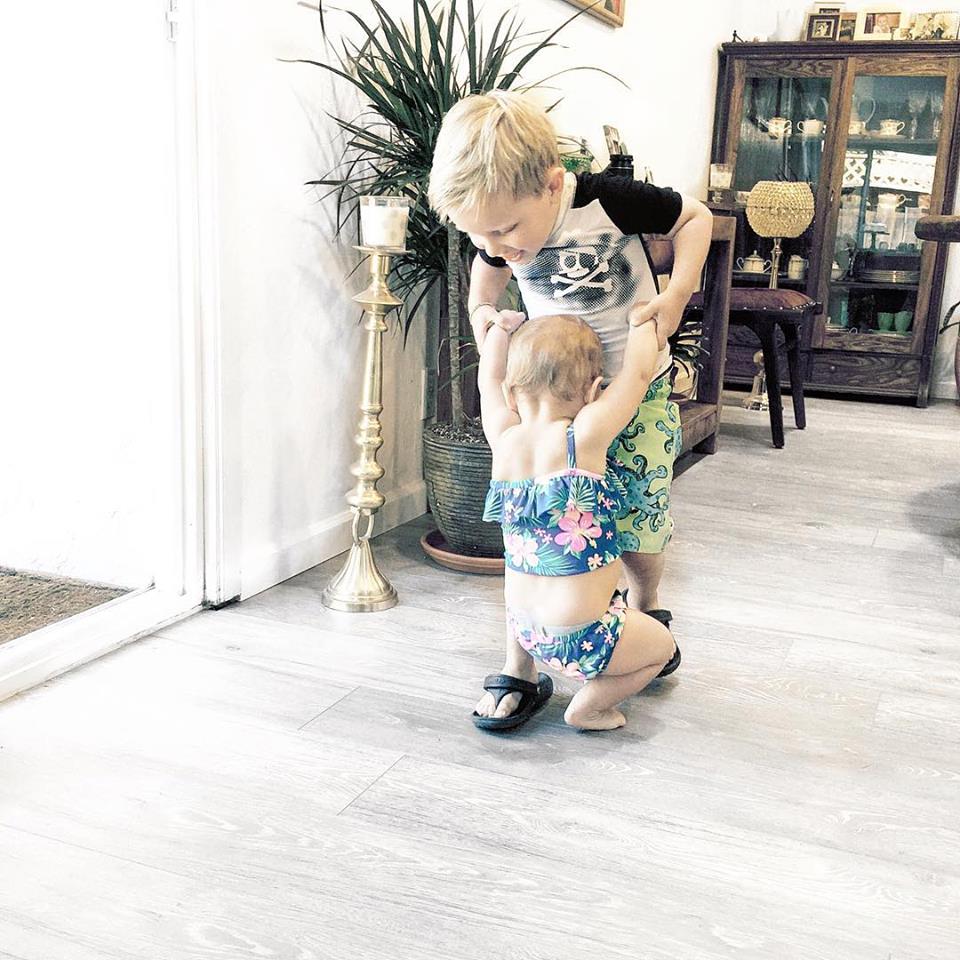 Nothing will make your heart melt like this sight. Nothing.

Now, our relationship is just as it ever was; I can’t remember things any other way, and I wouldn’t want to…because you know that cliche about how remarkable it is, watching your eldest child be a big brother or sister? It’s true. I don’t ache for special time with my son anymore, and don’t panic about breathing him in every chance I get, because that special time is a constant.

I remember a couple of months after Goldie was born we all went to a carnival, and my husband had to make some calls so he sat in the car with our daughter while I ran around a carnival with Indy, and when we got back in the car I realized: I totally just had amazing one-on-one time with my son. But I didn’t freak out about savoring it…because I didn’t feel like one-on-one time with him was something so scarce in my life that I had to hold on to with an iron grip whenever it appeared.

Right now, as I write this, we’re sitting next to each other watching a movie, and my daughter is eating goldfish off of the coffee table next to us, and I don’t feel like my attention is split…I feel like it’s fuller, somehow. They say you don’t just have “space” in your heart for more than one child, but that your heart actually grows with each baby…and it’s true. 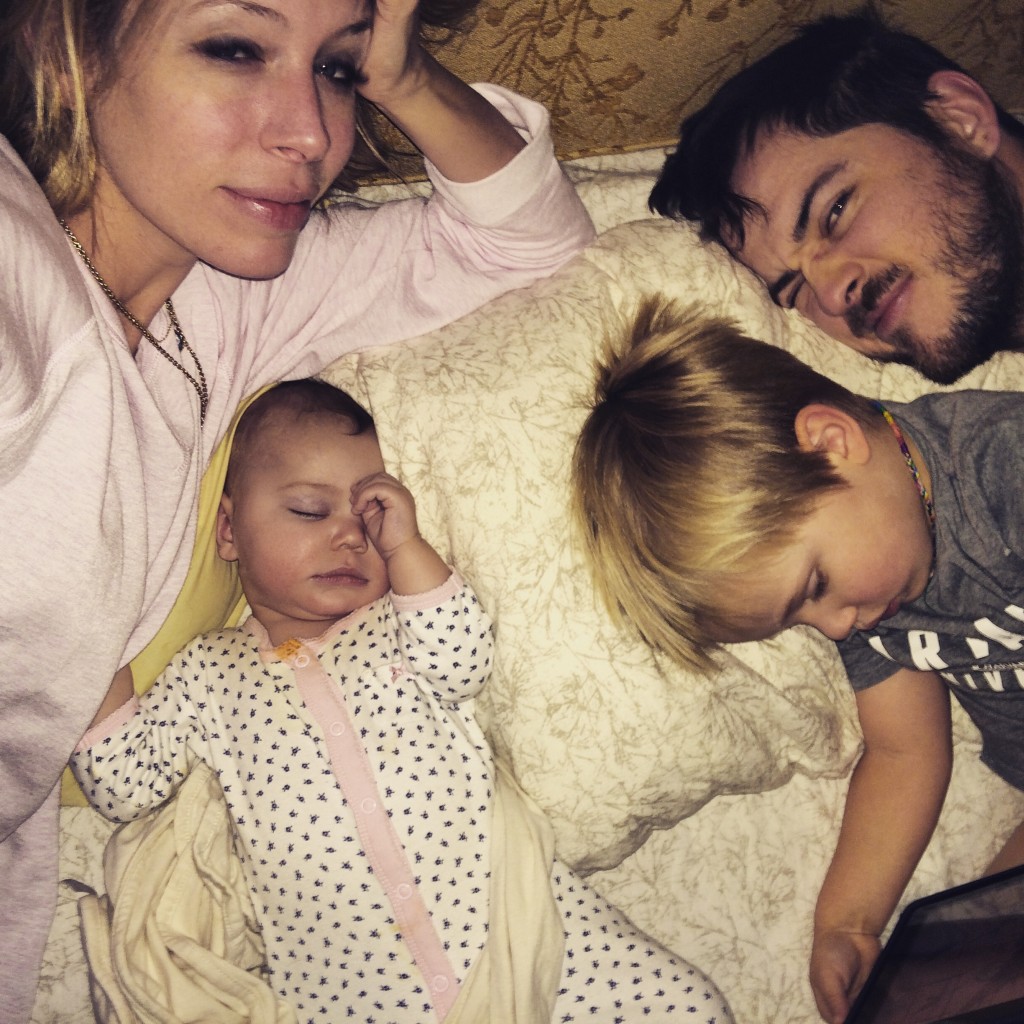 And finally, there’s this: life starts feeling like it’s running more smoothly when a child grows older, and of course the fact that he or she is more mature is part of it…but it’s also because of you. Because you’ve come into who you are as a parent, and because you know how to be a mother and be a part of a family and all those things that you didn’t know the first time around.

Don’t underestimate how much you are capable of, or how extraordinary you will be when asked to rise to the challenge of parenting two people who completely hold your heart.

You will be extraordinary, and you won’t regret your choice for one single moment. I promise. 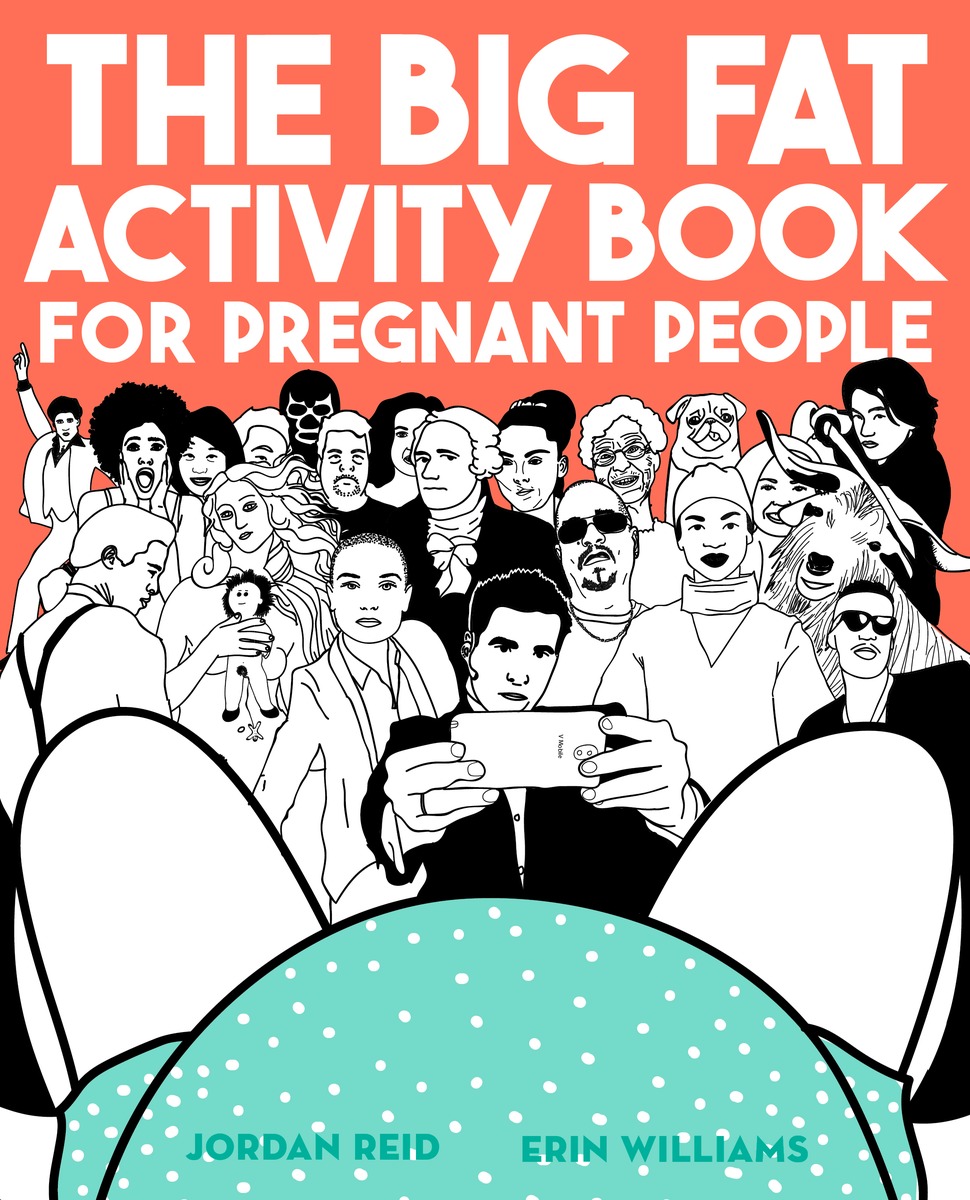 Check out The Big Fat Activity Book For Pregnant People