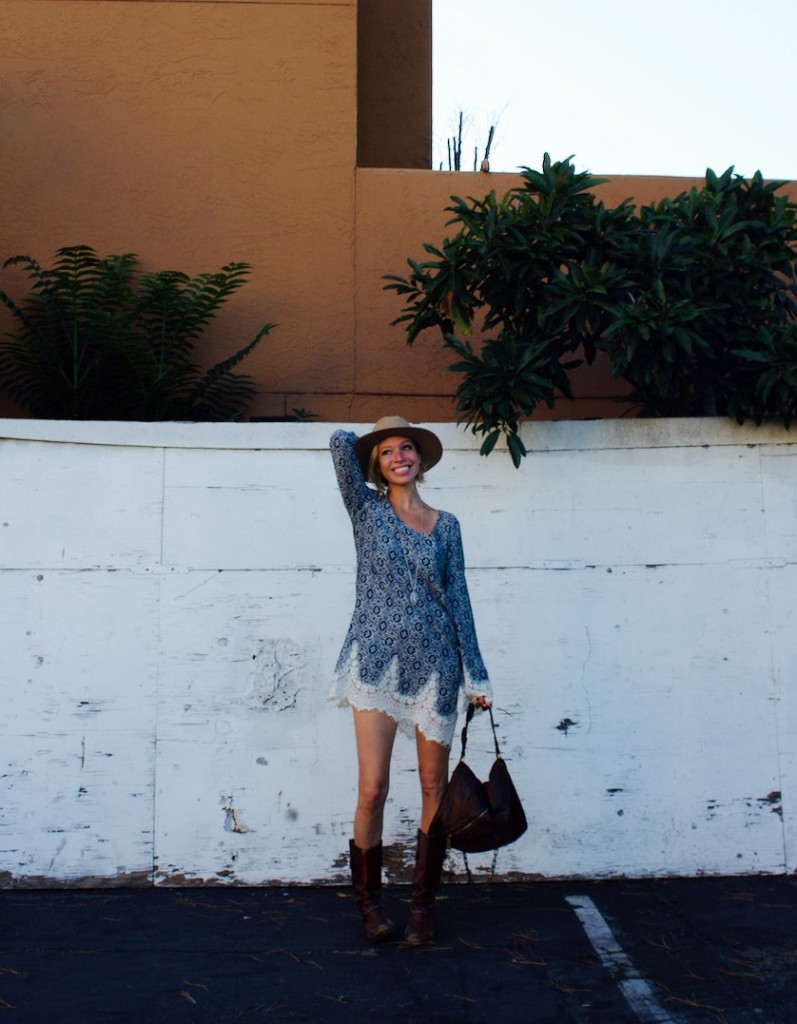 I think you always have a special little fondness for the styles that were cool when you were in high school. My formative years, for example, were spent developing extreme (and unrequited) crushes on two boys named Borden and Jordan (yes, ha ha, I know), both of whom dressed in that half-grunge half-skater hybrid so particular to the mid-’90s, and to this day I have quite the thing for a man in a button-down flannel.

Likewise, whenever I put on something that could arguably have been worn by Winona Ryder in Reality Bites, Kendrick gets all “Oh well HELLO there.” (I get it; I think our entire generation had a collective crush on Winona Ryder in pretty much every movie she did around that time.) Which is what he said when he put on this dress…which is what made me realize that it’s totally ’90s, hence the accessorizing with hat and round sunglasses, plus a bag and pair of boots that were actually purchased during that era (the bag from a Barney’s Warehouse sale; the boots from a Salvation Army in Colorado – they’ve been re-soled maybe five times, have a big hole in the side made by a switchblade during my Hogs ‘n’ Heifers bartending days, and are still kicking).

Nothing wrong with dressing up like your partner’s Teenage Dream every once in awhile…especially if it happens to coincide with your own. 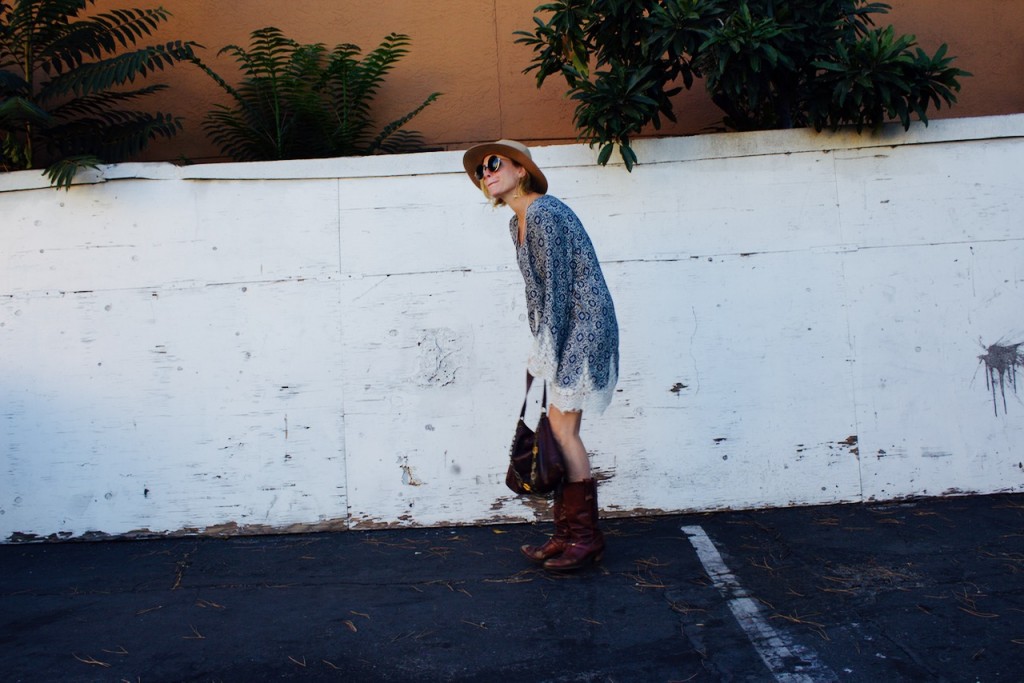 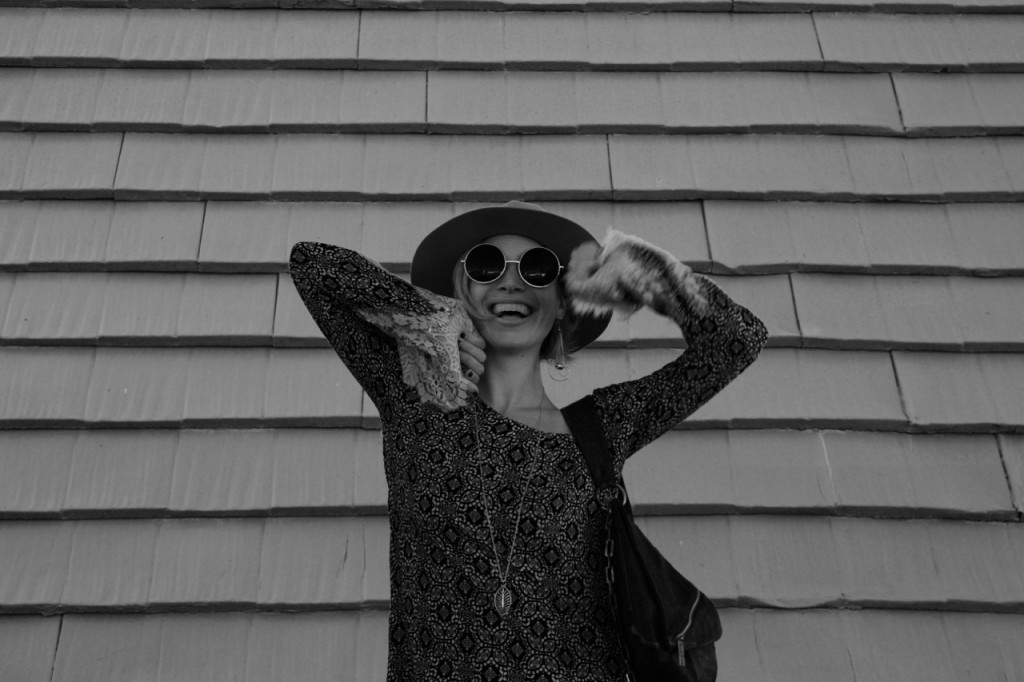 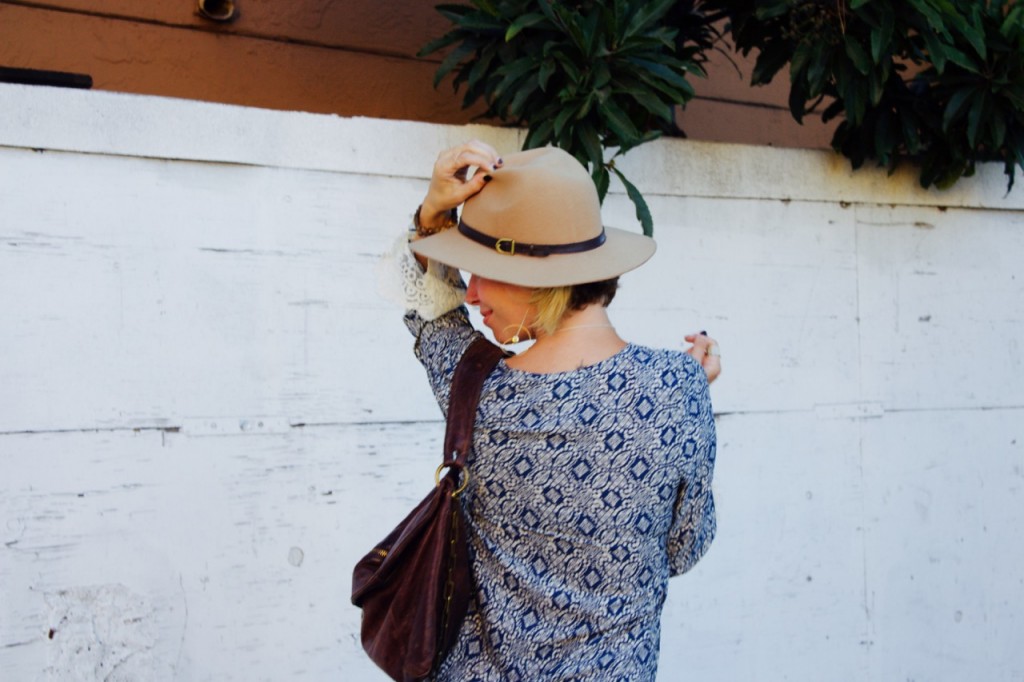 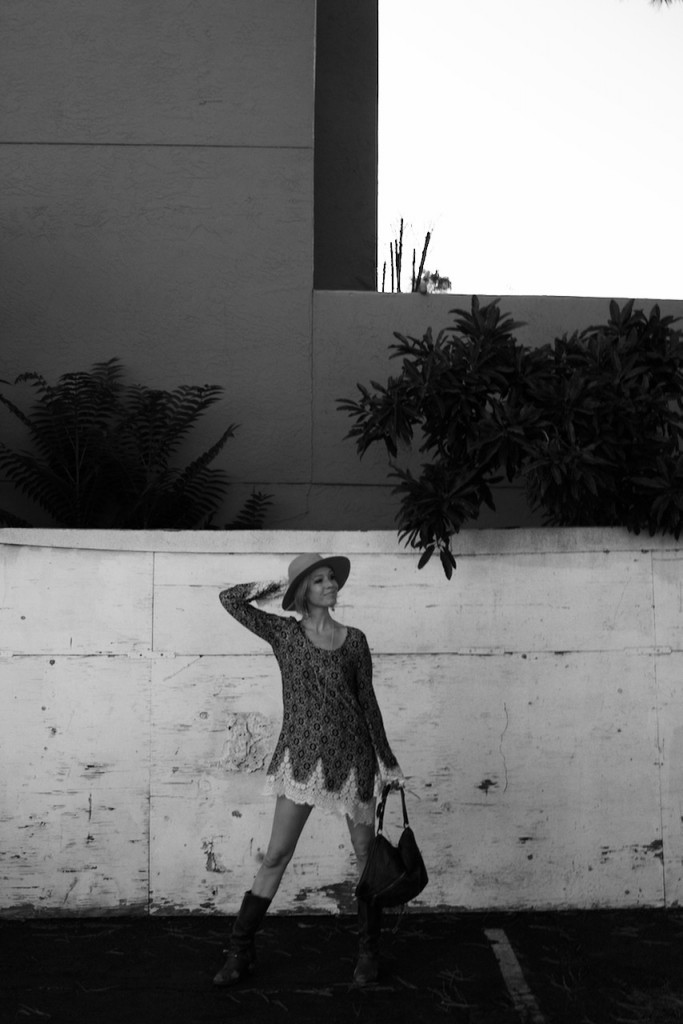 While we’re on the topic of dresses, here’s what I look for in a summer dress:

Bonus points if I can throw it into a beach bag and get sunscreen on it and be okay with both of those things. This dress, and the ones pictured below (I also own the oversized plaid flannel one, obviously), hit all those points nicely.