In The Kid Room 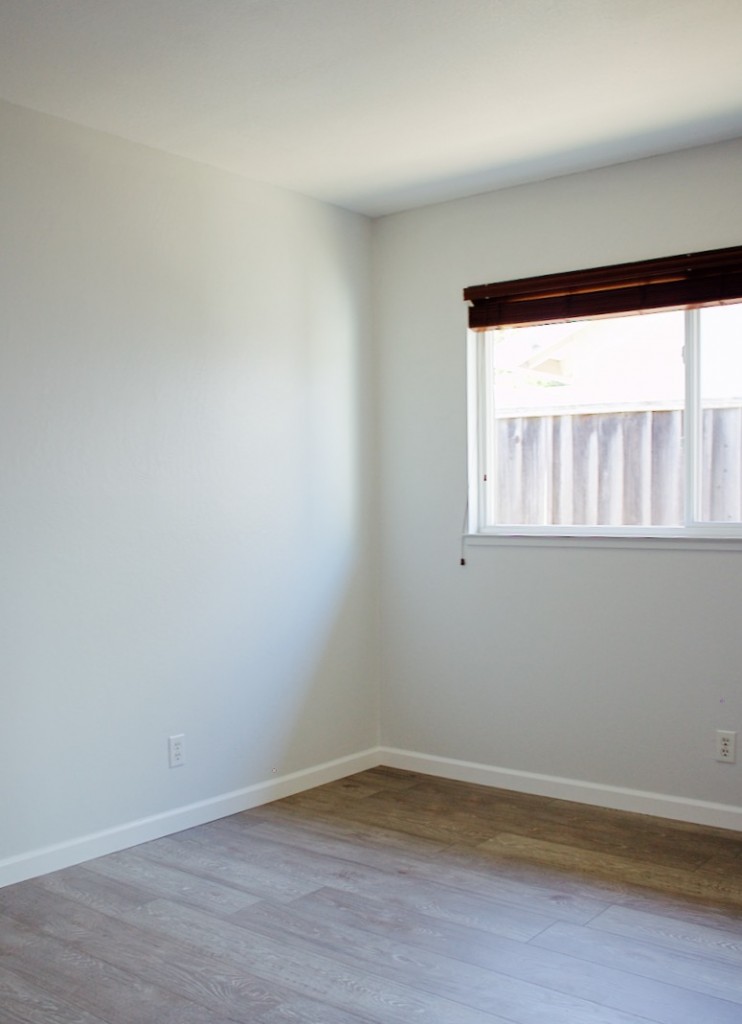 Our son’s room when we first moved in (the floors and paint had already been done by a Thumbtack pro; more info on those here).

There’s something so special about the room you have when you’re a kid. No matter what it looks like – whether it’s bare-bones, whether it’s fancy, whether it’s neat or messy or whatever – you love it, because it’s yours. You know every single corner of it; lay awake at night wrapped up in elaborate fantasies about the picture hanging on that wall or the stuffed animals sitting on the chair in the corner.

It’s alive in a way that I don’t know any room later in life ever is.

What was cool about putting together our son’s room this time around was that it’s the first time in his life when I can see him starting to have this fantasy world, starting to feel a sense of ownership over his room and what’s in it and where it goes. And so rather than try to make his room feel special to me (which is really what you’re doing when you’re putting together a nursery – because let’s be honest, your infant cares exactly zero about all those adorable stencils and wall-hangings), I thought about what would make a room feel special to him at this particular point in his life. Because while he’s adjusted well – so well – to all these changes…it’s been a lot. And when he’s laying in his new bedroom at night I want for him to look around him and feel like he’s home. 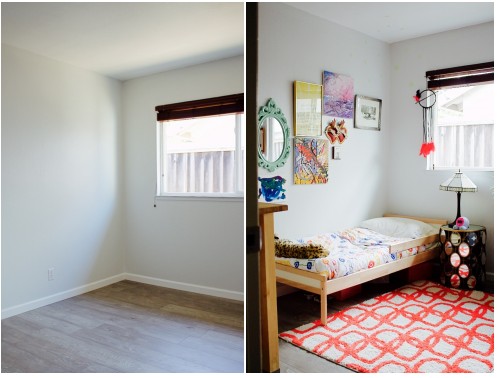 The Challenge: We gave our son the smaller of the two kids’ bedrooms because we decided to put our futon in our daughter’s room (when we have company, we’ll move her to a Pack ‘n’ Play in the office or let her sleep in our room)…but…I mean, it’s really small. I tried arranging the furniture more or less like it was in his old room, and it straight-up didn’t work: it felt simultaneously crowded and cold. More like a cell than like a sanctuary, which wasn’t exactly the point.

The Solution: Free up floor space by replacing the bookshelf with a wall shelving unit, create a play area in another room for his toys (more on that later; it’s SO COOL), and make the room feel cozy with a gallery wall, a shaggy rug in Indy’s favorite color, and a plant (it’s fake, but it still adds life to the room, I think). 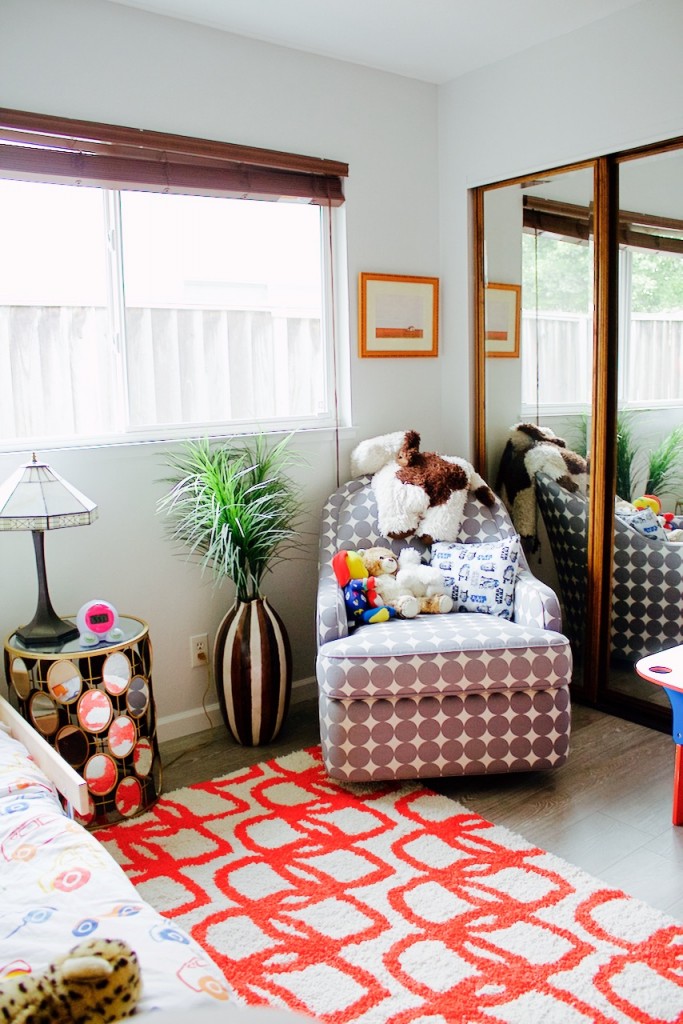 This glider was pricey, but it’s held up so well, and I love that it’s sophisticated enough to work outside of the nursery as a child gets older. 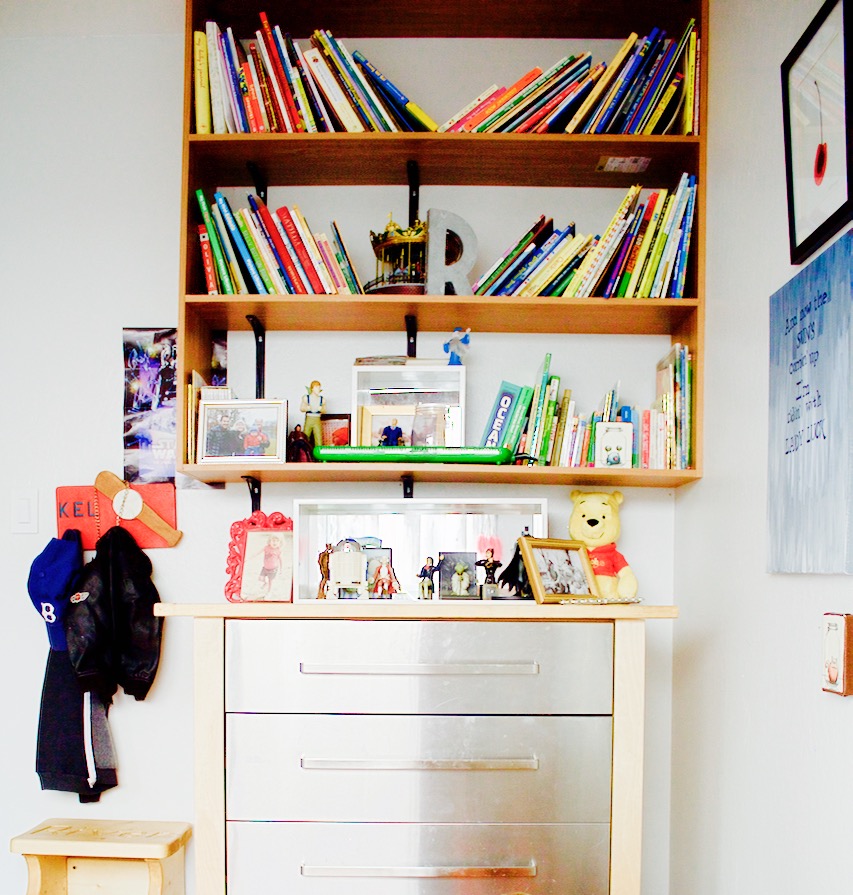 To make this shelf, I picked up a few boards from Lowe’s and nailed them together (or, rather, had the guys who are doing our renovations help me nail them together), and then attached the bookcase to the wall with brackets (we’re adding three more today in the spots where you see gaps). 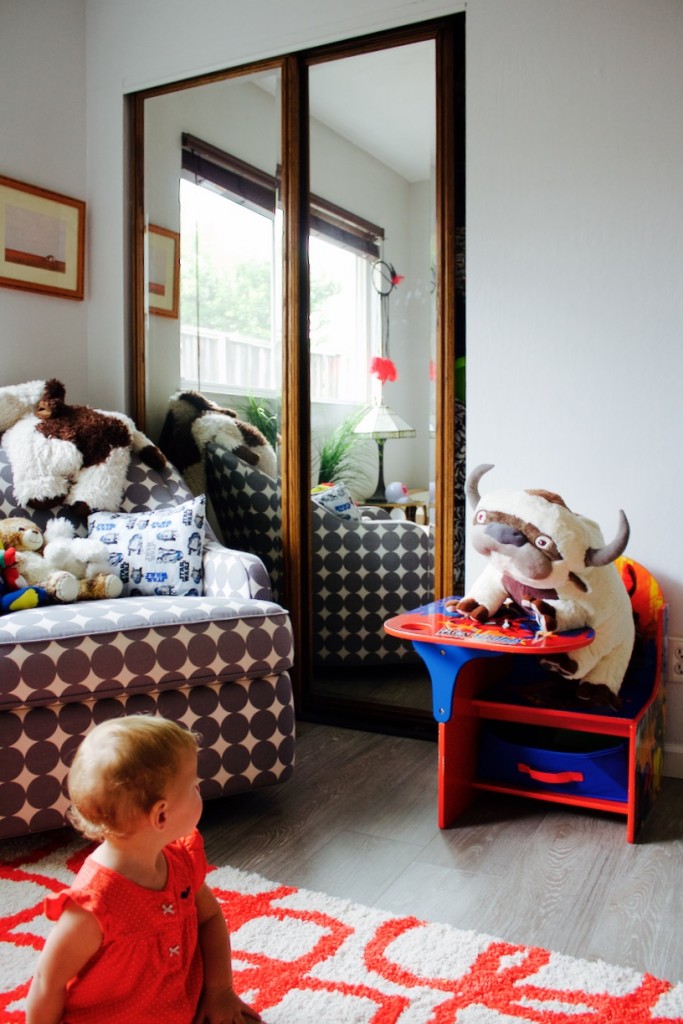 For those of you not especially well-versed in Avatar trivia, that is an air bison. His name is Appa. 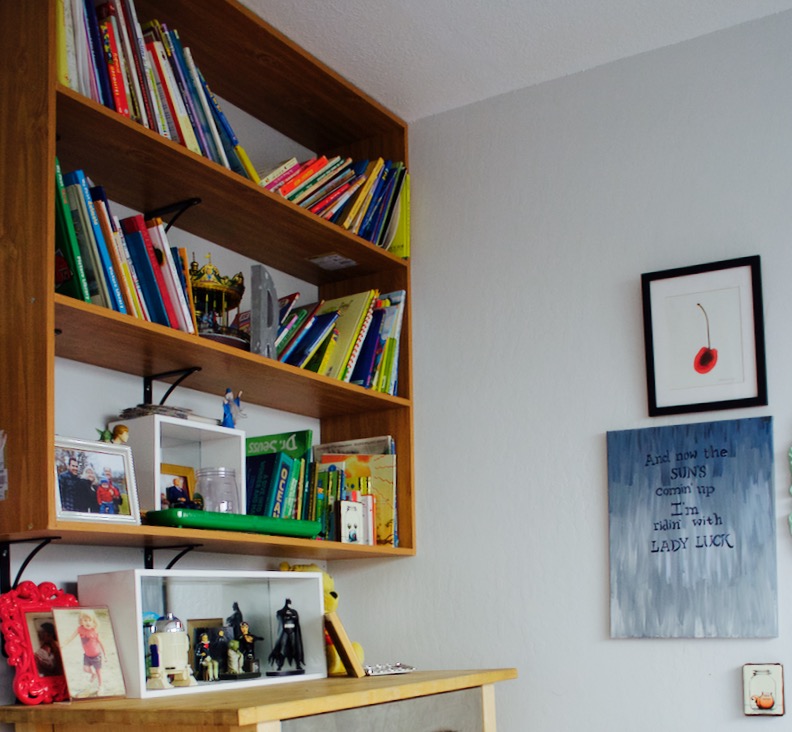 Another view of the bookshelf. Major space-maximizer. 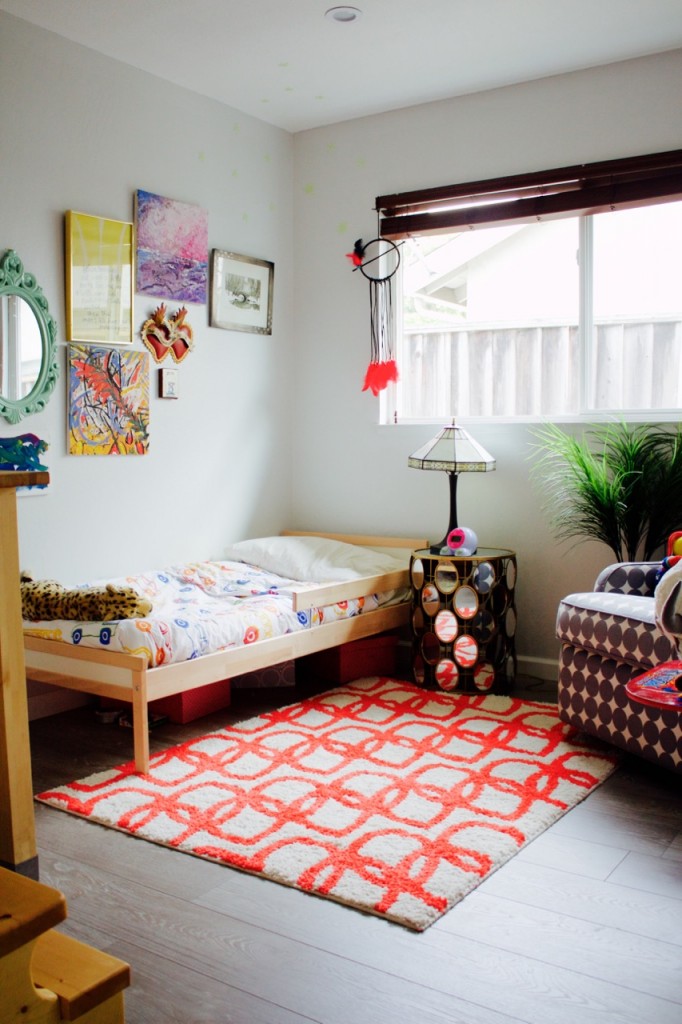 I love it. Mostly because I can hear him in there at night, talking to his toys and singing songs and counting the glow-in-the-dark stars that we stuck to his ceiling, and I can picture what he sees around him, which is a whole lot of memories right in the middle of getting made.