Bathroom: Before And After 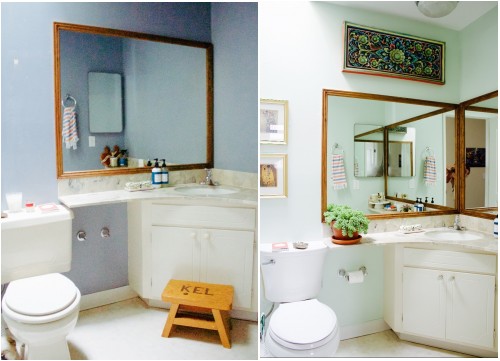 I knew a bathroom makeover was high on my priority list after we moved in (because after seven bathtub-free years, oh am I ever spending a lot of time in there), but I also knew that I didn’t want to spend a fortune on it. Because the reality was that the existing bathroom was pretty functional – everything except the toilet was in decent condition. It just wasn’t really my taste. 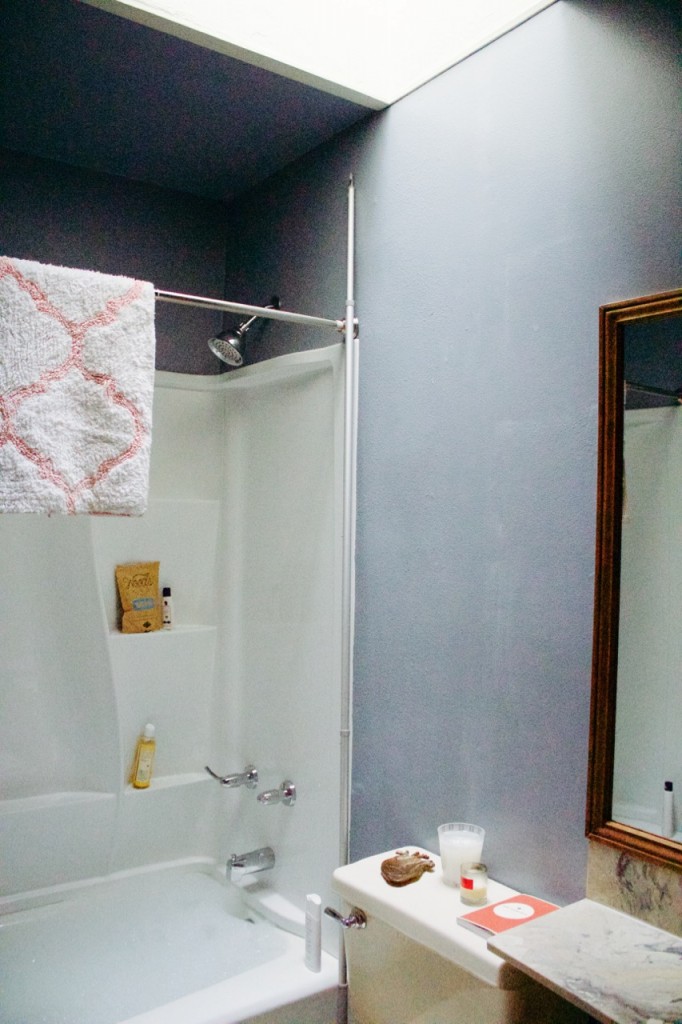 Another “Before” shot. (You can see more here.)

What I Did: Made a few tiny fixes that cost about a hundred bucks total (save for the toilet, but those aren’t actually as expensive as you’d imagine), and that I think made an enormous difference.

1. Lightened Up The Paint. While the old paint was fine, it also made an already small and dark room feel extremely small and dark. Kind of cave-ish. I had a bunch of paint left over from my daughter’s bedroom (we used Valspar Apothecary Jar, which is the same color that we used for her nursery back home; I loved it so much I wanted to duplicate it in our new place), and I thought that pale mint would be perfect with the cream marble and rose bathmat and towels.

2. Added Fun Touches. Instead of shelling out lots of money for new stuff, I just pulled in decorative items from other parts of the house: an anatomical heart dish that we found at a shop in Arkansas; a carved headboard that Kendrick and I bought in Bali; pale-green-and-crystal Anthropologie drawer-pulls that I took off of my old vanity; a tiny African violet that my son picked out at the garden store; an old TJ Maxx cake plate and old candle holders that I filled with cotton balls and such. (I also bought an Anthropologie shower curtain because the color was so perfect with the green, which accounted for about 90% of the price of this room makeover.)

3. Created Balance. The oddest thing about the bathroom pre-makeover was how off-balance it felt, what with the oddly-shaped corner countertop and single mirror set off to one side. I was planning on replacing the cabinet and mirror full-stop, but then a GENIUS reader (seriously, Laura, you’re a genius) made a little Photoshop mockup showing how much better the room would look with the simple addition of a second mirror on the opposing wall. And then I realized that I could do this virtually for free, because we had an identical mirror in the other bathroom in our house that I had been planning on taking out anyway. So we moved the mirror from one bathroom to the other, and boom: BALANCE. (I’m considering painting the frames white, but wanted to live with them as-is for awhile first.)

The Result: Our bathroom now feels about twice the size, and has been transformed into my own personal little oasis of minty green, bubble-filled bliss. You may never see me again.

P.S. Because it deserves mention: you know trying to pick out, say, white paint is completely paralyzing, because all those little swatches of Ivory Lace and Sweet Cream and such look exactly the same? Well, I have found something even more paralyzing, and it is buying a toilet.

Have you ever bought one? You get to the store, and are confronted with a thirty-foot high, several-hundred-foot long wall of toilets, all of which are virtually identical. It is actually the most boring purchase you will ever make in your life. I recommend trying it sometime for that sole reason.

P.P.S. While looking for products similar to the ones pictured here, I found an eight hundred dollar toothbrush holder. Obviously this is recommended. 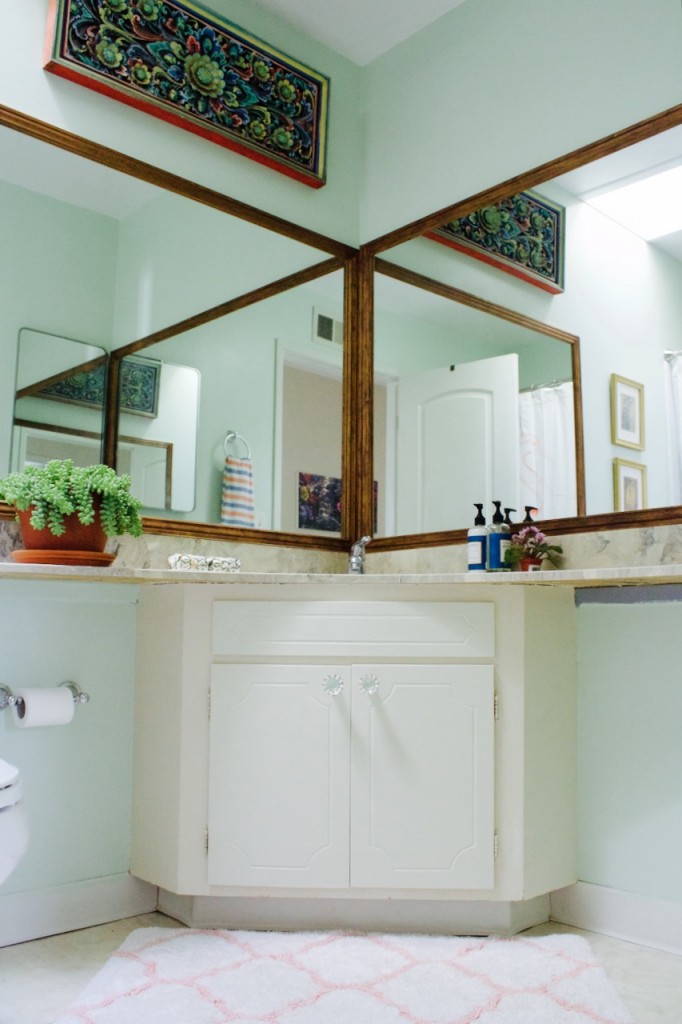 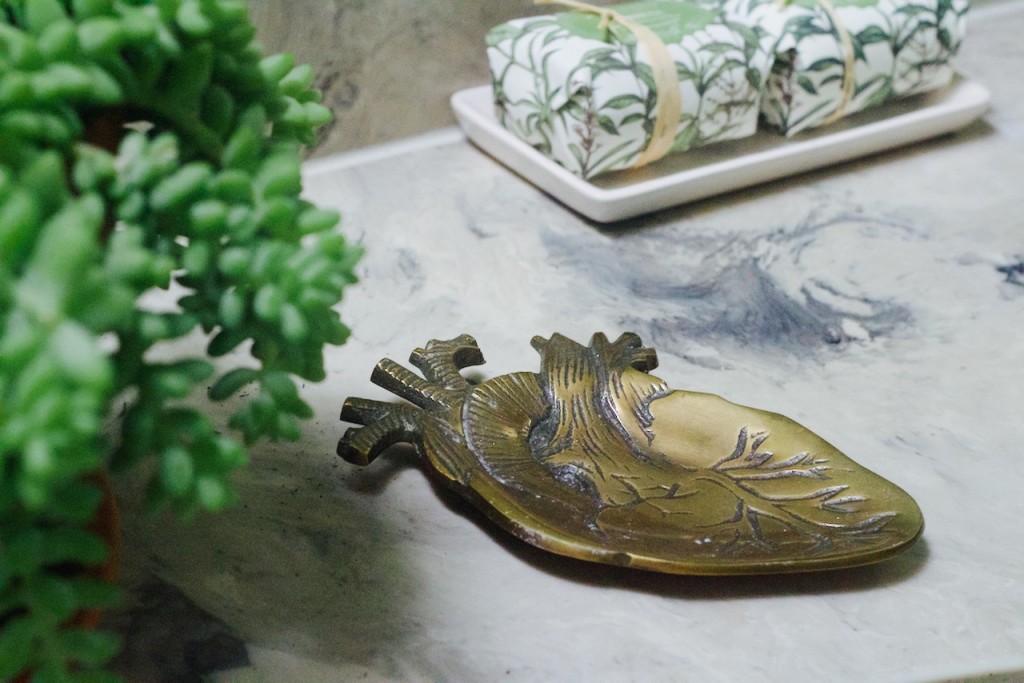 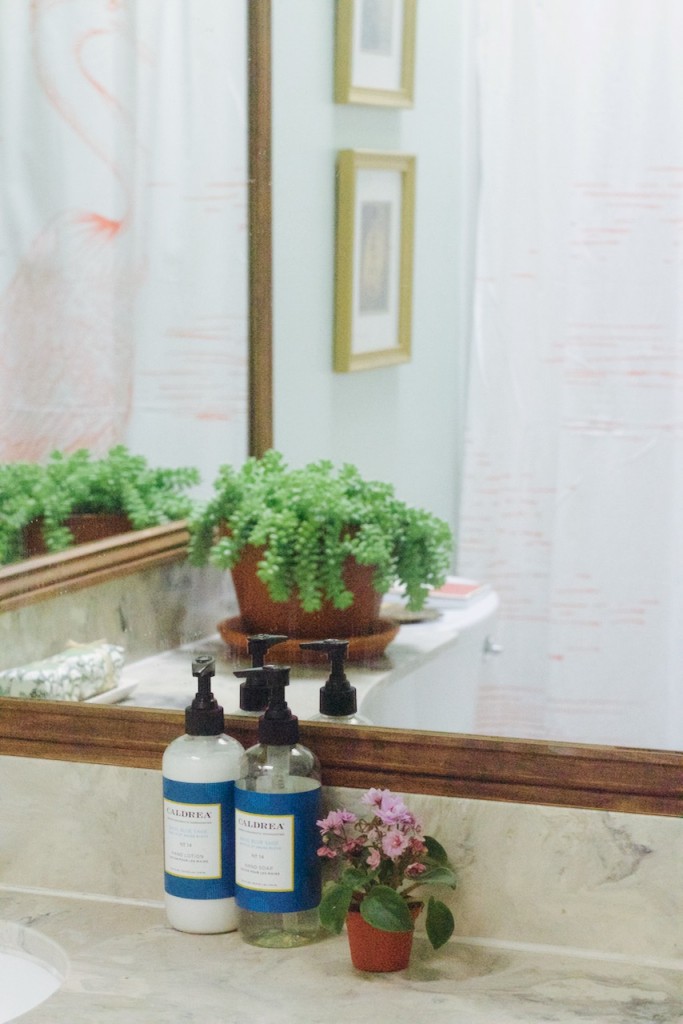 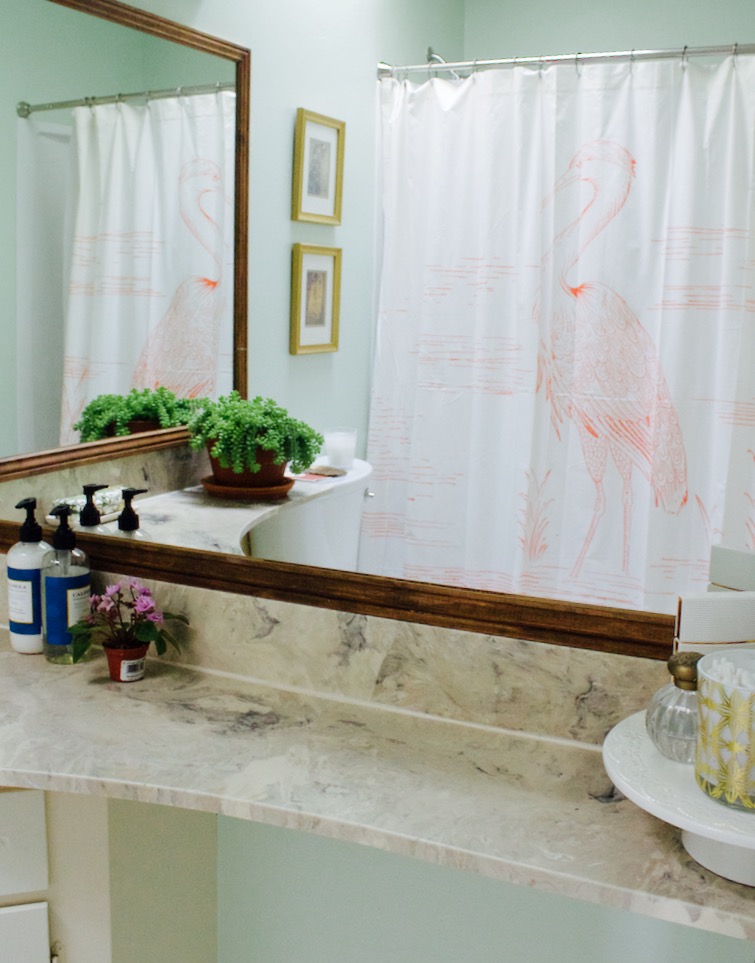 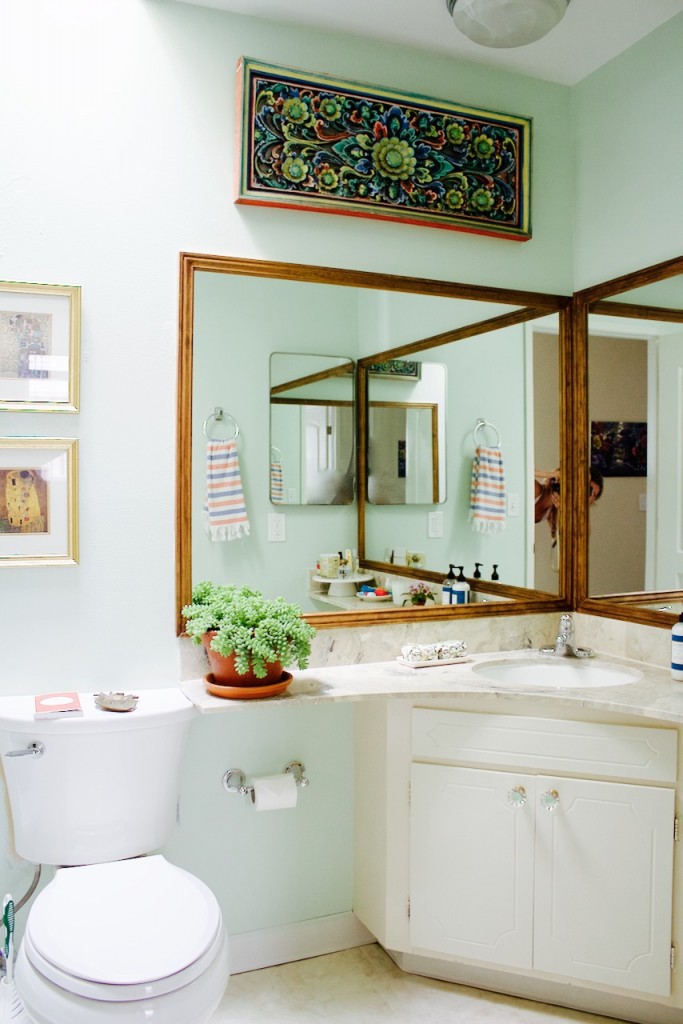 (Spot the blogger trying – and failing – to keep herself out of the frame.)