The Language Of Love

So there’s this quiz that you can take on the Internet, and it might just change your life.

No, I’m not talking about the “Which Cruel Intentions Character Are You?” quiz, although that one’s pretty great (I’m Annette, which is annoying, because obviously Kathryn would be much more fun). I’m talking the Five Love Languages quiz.

I’m a little embarrassed about jumping on board the Internet Armchair Psychology train, but for real: it’s kind of amazing.

Kendrick and I were in this weird limbo for awhile where we were both feeling exactly the same (bad) way about the way that we were communicating with each other, and yet neither of us could wrap our mind around what was going on – because our complaints were virtually identical, and that made no sense to either of us. In essence, we were both feeling underappreciated, and like the other was constantly mad at us. I felt like I was doing so many things to make him happy, and couldn’t imagine how he couldn’t see that, and he felt like he was doing so much for me that I wasn’t appreciating…or even noticing. And he was right: I wasn’t noticing what he was doing. And he wasn’t noticing what I was doing, no matter how hard I tried to make him see.

It was super weird, and extremely confusing – because one thing we’re generally pretty good at is expressing to each other how we’re feeling…but for some reason we just couldn’t. And the result of this was that we fell into a terrible pattern of defensiveness and sniping that seemed impossible to break out of, mostly because neither of us had any idea what was going on.

I cannot believe it took an Internet quiz to solve this one for us, but there you go. Basically, what the Love Languages quiz does is tell you how you express love, and how you prefer to have it expressed to you. In other words: how you show your partner that you love him or her, and what kinds of actions make you feel most loved in return. There are five “languages”: Words Of Affirmation, Acts Of Service, Receiving Gifts, Quality Time, and Physical Touch, and most people express love in the same way they want to receive it. The only problem is, you and your partner might come from different parts of the globe.

What we learned: yup, I apparently speak Chinese and Kendrick speaks Swahili. I feel most loved when Kendrick, say, hangs a painting I’ve been meaning to hang, and I try to show him that I love him by doing things like cooking his favorite meal. He shows me he loves me by telling me so, and feels most loved when I take the time to do things like sit together and talk.

Once we realized this, the ongoing tension we’d been experiencing made perfect sense. I was trying to make him happy by cooking him special dinners, and all he wanted was a minute alone with me to just be together. Likewise, he was trying to get me to pause for a second to dance to a song on the radio, and I was hoping he’d set up the TV.

But the good news: the point isn’t “Oh dear; better find someone you’re on the same page with.” The point of this is to use your newfound understanding to enable you to better recognize when your partner is trying to show you love, and to help you find ways to communicate your own love for your partner in a way that they’ll be able to understand.

I totally get that this all sounds a bit hokey, and it is…but something about taking the time to sift through this love language thing worked for us.

Because it’s not just about self-definition and internet quizzes; at the end of the day, what this really was was a reminder to listen. To pay attention. To make the effort to keep learning about each other even though it’s been a long, long time, and to learn how to say “I love you” in the way that it’ll be heard most clearly.

The other morning, I woke up early because I had to get something out to a client before the kids woke up, and I was all ready to jump out of bed and head straight for my computer, but instead I stopped, and curled up under Kendrick’s arm, and we just lay there together for a while, in the quiet, with the sunrise coming through the window. And later, when I finally did get out of bed and make my way into the living room, guess what I saw? 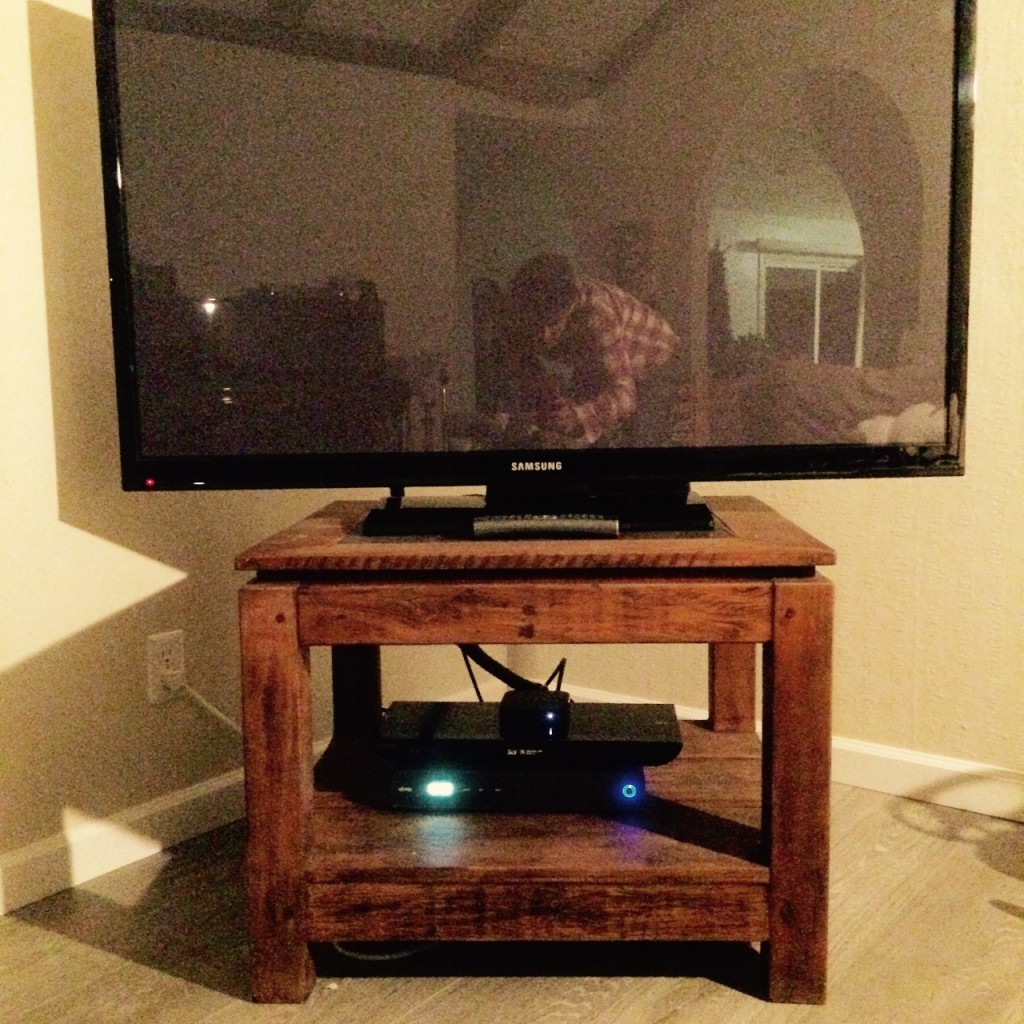 It turns out he said, “I love you, too.” (And then he took a picture of all that love and emailed it to me, just to make sure I heard him. Loud and clear, darling. Nice work with those cords, too.)

A few more fun online quizzes, just because it’s Tuesday and Tuesdays are miserable and wasting a little time sounds like a good idea.