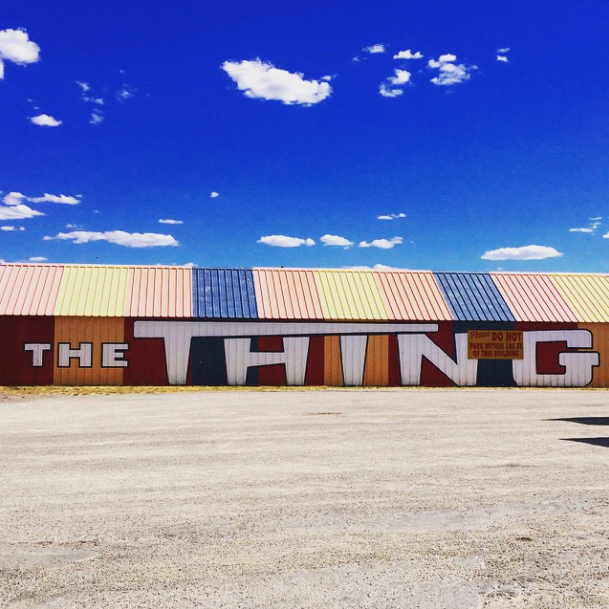 I SAW THE THING.

I have been wanting to see The Thing for over a decade, ever since my dad and I drove cross-country and I saw it listed in my guidebook and then – with massive sadness – realized that we weren’t going to hit it on our route.

If you’re not familiar with this particular slice of Americana, you have no idea what I’m talking about right now, so let me explain: all along I-10 (we’re talking for about 200 miles in either direction), you see signs advertising “THE THING!!! WHAT IS IT????” And you get all weird and excited as you draw closer and closer and then boom, there it is, and obviously you’re going to stop because by now you MUST KNOW WHAT IT IS.

If a trip down I-10 isn’t in your future and you, too, MUST KNOW, no worries. I’ll totally tell you what it is. But I’m going to put it after the jump so as not to spoil it for anyone who’d rather make the discovery in person. 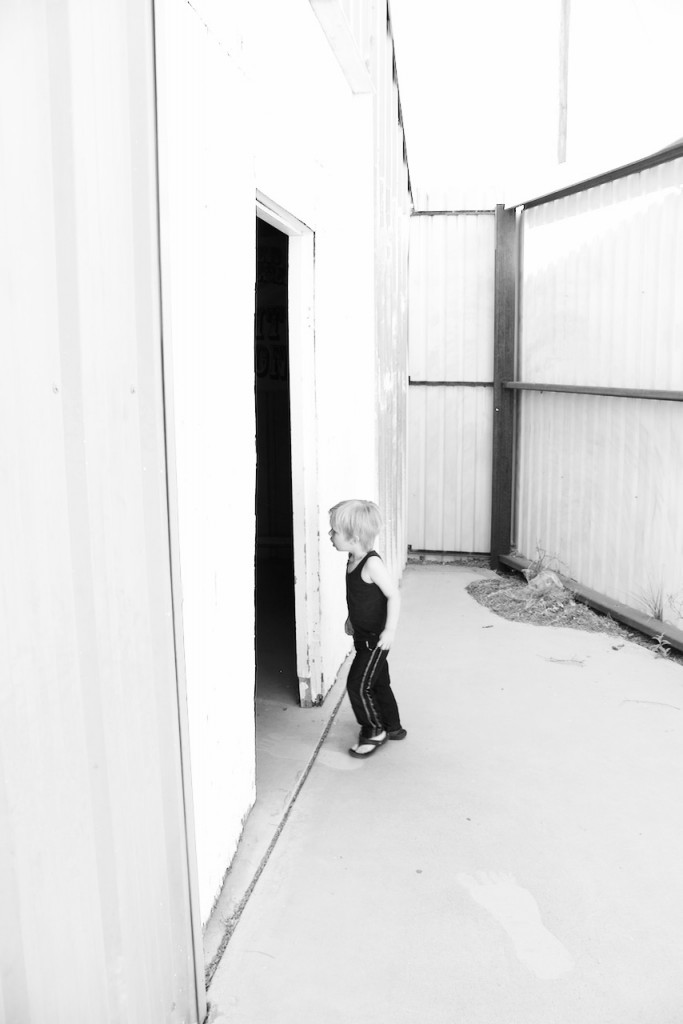 OK, so first you walk into a gift shop filled with exactly the same things that you find at every single gift shop along Route 66 (this isn’t Route 66, but it’s close enough). Except everything has “THE THING” written on it, so you buy it.

Next, you buy your ticket ($1 for adults; seventy-five cents for kids) and enter a series of corrugated tin shack-ish things, following the path created by massive footprints. 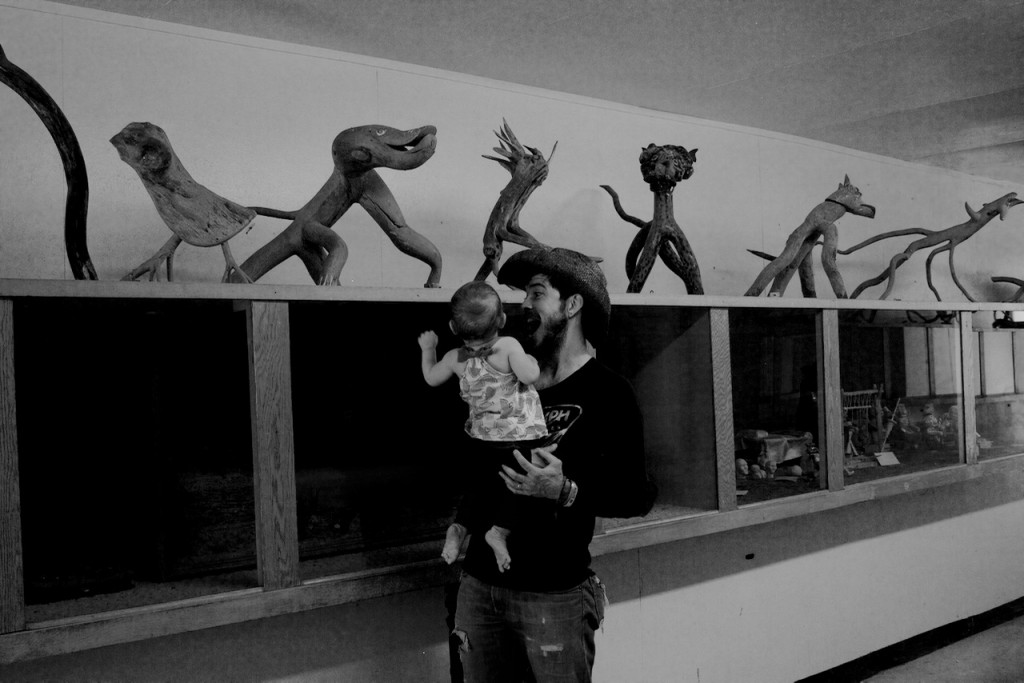 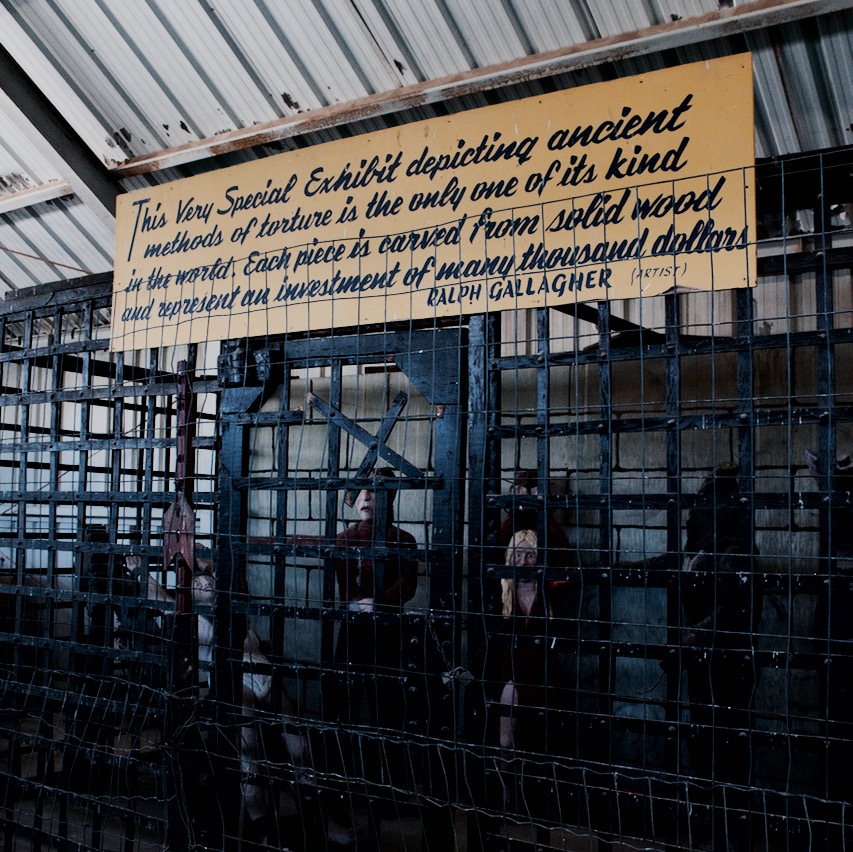 Within these shacks you find a completely bizarre assortment of seemingly unrelated – but all, on their own, fairly entertaining…things. I honestly cannot think of a better word to use, because how, exactly, would you describe a group of artifacts that includes a display of ancient torture methods carved in wood, a car that allegedly once belonged to Hitler (and has a Hitler mannequin sitting inside it), driftwood…sculpture-ish stuff…and stuffed tarantulas (shudder)? 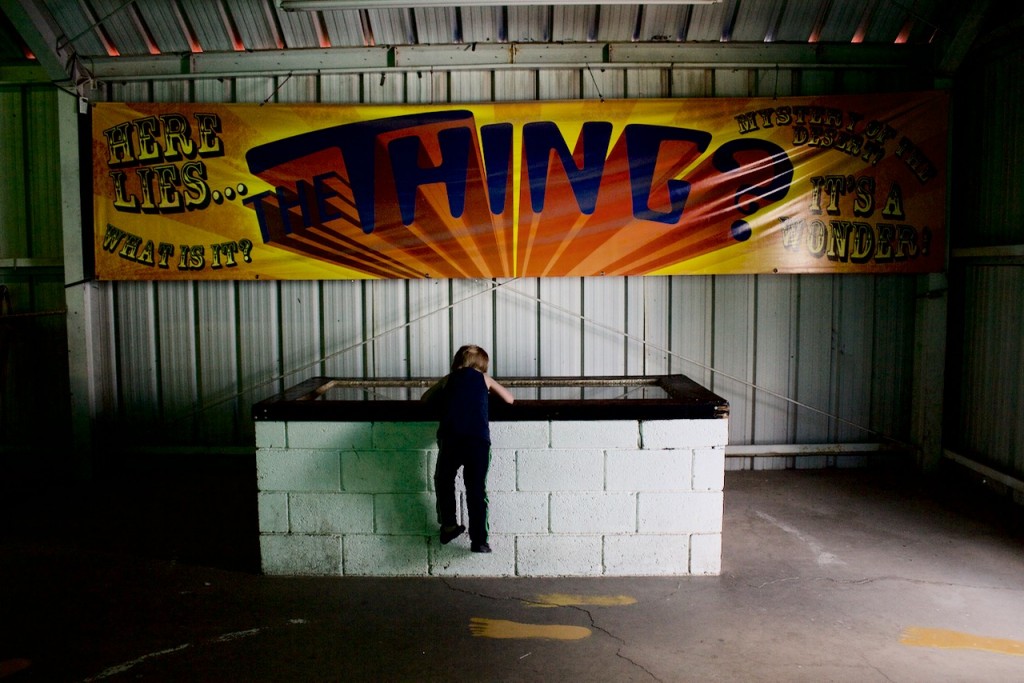 And then: you arrive at THE THING. 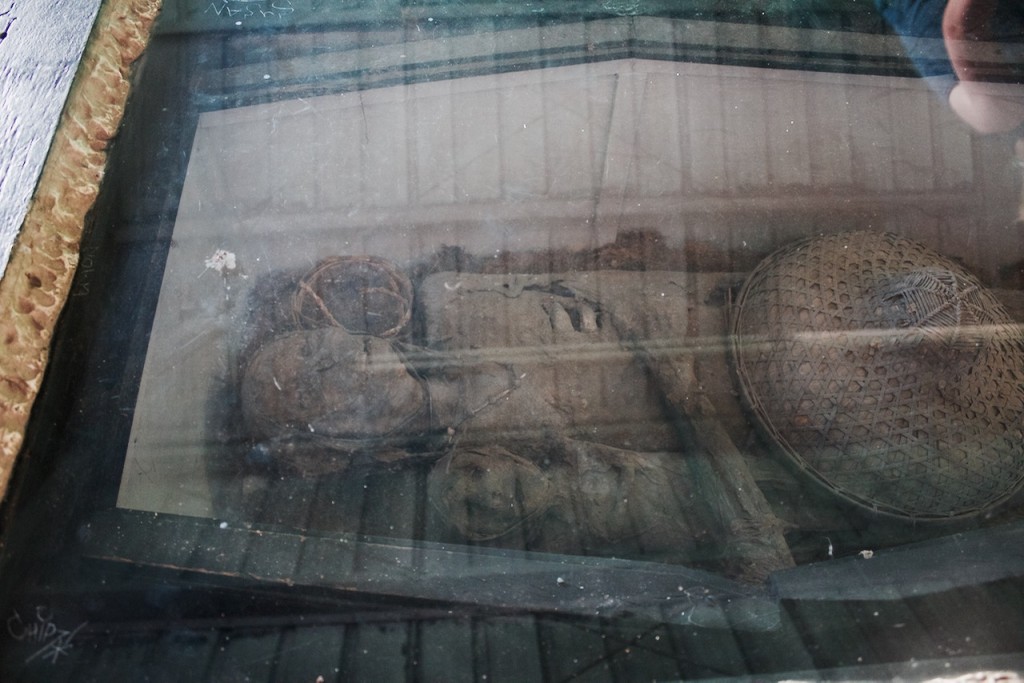 And there you have it. I’m still not sure what, exactly, it is. …Mummy? …Ancient warrior? …Shrunken-head person?