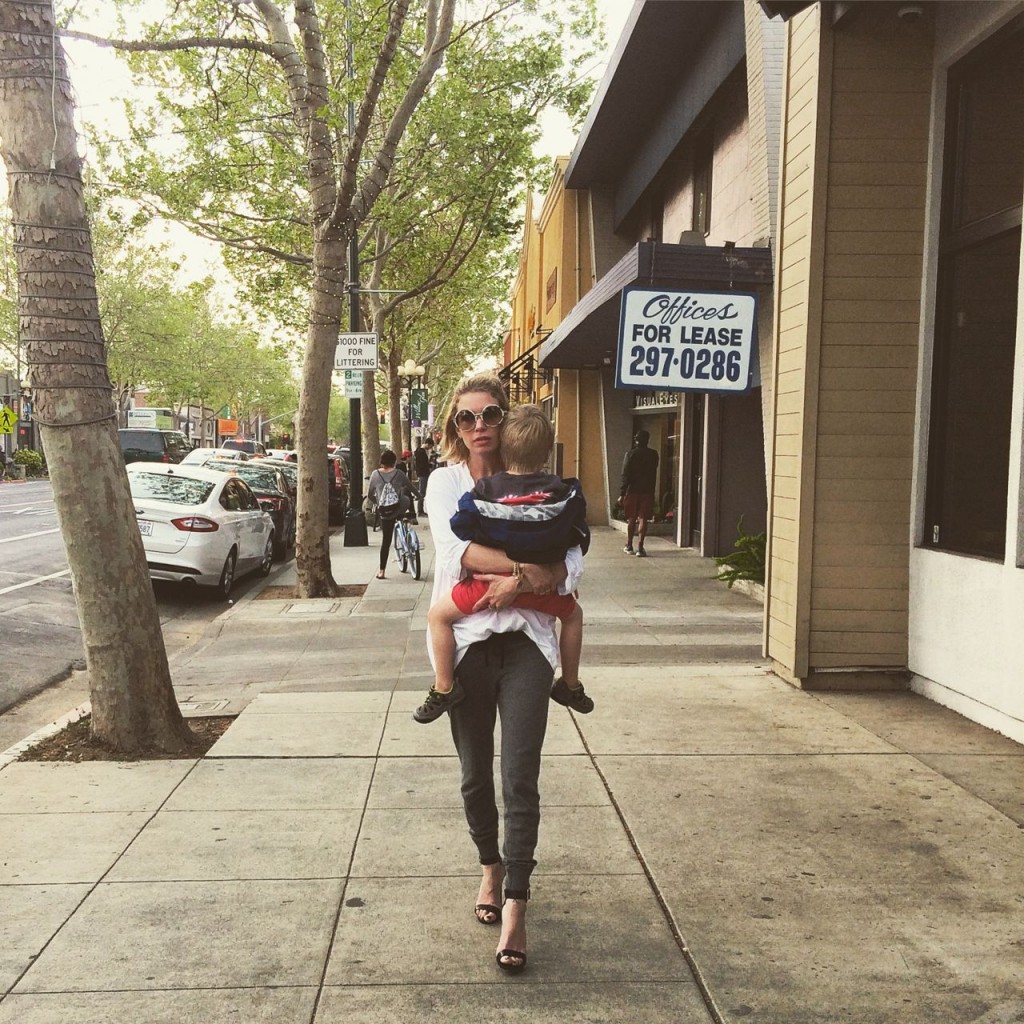 Alright, so here’s the big take-home from our house-hunting trip:

I have to get real.

I love our house in Tarrytown – so, so much – but over the past year we’ve realized that if we were going to stay on the East Coast for the long-term we’d eventually want to move. There’s just some stuff that we’d really like to have in a “forever” house: an open kitchen, for example, so whoever’s cooking can also be hanging out. Actual closets. A playroom-type area on the first floor would be great.

And so I started out on this trip with these grand plans of finding a house with all those qualities that are missing in the place we’re in now. I was all “ooh maybe we can find somewhere with exposed beams and a pool.”

I did find one house with exposed beams and a pool. You know where it was? Alaska, basically. We drove over a mountain to get there. I’m not even kidding: an actual mountain. If I wanted milk? No biggie; just a quick forty-five minute jaunt.

You know what else was in our price range in the town I decided I wanted to focus on before I understood the insanity of the market out there? A cabin in the woods. Like, an actual cabin. With one room. Oh, I’m sorry: it did have a second room, except you got to it by climbing a ladder. And not in a chic loft-type way; in the “there is a wooden ladder on the outside of this house and you have to climb down it to access the 10’x10′ cave beneath” way.

So after that little misadventure, I went ahead and refocused on slightly less rural areas. We ended up making an offer on a house at the top end of our price range, and got outbid by so far that it was ridiculous. And sobering. Another one of the houses I saw needed a hundred and forty-five thousand dollars worth of work – which put us out of the running anyway, obviously…and even if it hadn’t, there were FORTY offers on it.

Forty. Offers. On a house that needs a hundred and forty-five thousand dollars worth of work to make it livable.

You guys, we live in Westchester. For those of you who don’t know this area, Westchester isn’t exactly what you’d call an “affordable” part of the world, and so I figured, you know…I’m not easily shock-able when it comes to housing prices. But while I knew the South Bay was expensive, I certainly didn’t expect this. I didn’t realize that I’d very literally be begging to move into houses that are smaller than the one we’re in now, except there’s no way anyone will listen to our begging because there are other people throwing cash offers for fifty thousand dollars more at them. (And renting doesn’t make sense for us for various tax-related and slightly boring reasons that I wasn’t planning on getting into here, but if you’re curious I totally can; just let me know.)

Anyway, my broker and I drove around town looking at one-room cabins and getting outbid on houses, and then she told me that I had to get real. If we want to be in a good school district, we have to compromise on other things. Space, for example. But as not-exciting as this was to hear, it still made this trip intensely valuable, because now I understand that the fact is that we’re moving to one of the most expensive places in the world, and a big part of what we’re paying for is the opportunity to live in California, to take day trips to the beach and to the mountains and to be able to play catch outside even in February. That’s more important to us than anything.

So. What Kendrick and I have decided to do is to take all this stress down a notch, and to try to simplify. No more looking at houses at the top of our price range (by which I mean the loan amount that we’re eligible for) that we’re obviously going to get outbid on; instead, we’ve decided to look at places that are in a more affordable range for us so that we have the room to go up a bit and actually win the thing. Right now we’re thinking about a townhouse that I saw that is beautiful and has great light; it has slightly less space than we’d like, but we could make it work. And it’s in a good school district, is super-close to where Kendrick will be working, and – again – we can afford it without straining our finances. We might grow out of it after awhile, but in the meantime we would not be overextending ourselves, and we’d be making this transition less stressful on all involved, and there’s a tremendous amount of value in that.

I’m always wary of writing about these things when they’re still in flux, because if there’s one thing I’m certain of its that trying to buy a house never, ever, everrrr works out in the way you planned it to – and who knows, maybe we’ll decide not to bid on this house and end up in a temporary place for the summer while we keep looking; that would be fine too. Or maybe we’ll end up finding a dream house that’s too expensive but we can’t resist it. Or maybe we’ll end up in that one-room cabin. But regardless, this is where we’re at now.