All Those I Don’t Knows 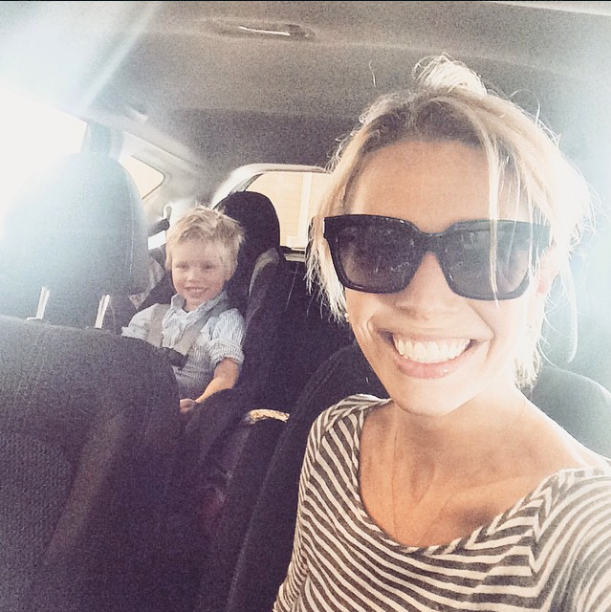 I write a lot here about how nervous I am about this move. How I wonder where we will live, and how my work will translate to a whole new state, and how our life will look once we’re out on the other side. I write about me me me because this site is about many things but mostly what’s going on in my head, but trust me:

It does not escape me that this is a big deal not just for myself and Kendrick, but for the whole family. And mostly for Indy.

We’re out here in South Bay (is it “the” South Bay? Or just “South Bay”?) house hunting and getting to know the area we’re going to live in better, and yesterday we were at lunch, and I looked at my son and thought what a cool thing, you know, getting to go on a trip all alone with him. Before Goldie was born I spent a lot of time wondering whether I’d ever get this again – this special time just hanging out, just us two – and while I don’t feel like the time that we get to spend together has lessened now that she’s here, it’s still not all that often that I get to sit with him, asking him questions and listening to his answers and just being there.

That’s why I decided to take him with me, you know: because he’s going to remember this. And I want him to know that he gets time with his family, time with his sister, time with his dad, and time with me – all of us get to have adventures, together and separately and every which way. I thought about this trip a lot when I was in Florida with my own dad. I hope I get chances to spend time like this with my son forever.

And so these days together have been kind of amazing. It’s a really cool thing to watch your child turning into a person who you don’t just want to be with because you love them and they’re your kid, but just because they’re so…great.

Yesterday was all running around and beaches and trying Burmese food and getting to stay up late. And today?

Indy woke up with a bit of a cough, and then on the drive from San Francisco to San Jose, where we’re staying in an Air B&B for the next couple of days: carsick. Or just sick-sick. Either way, it was kind of intense, because The Incident happened when we were going about 70 miles an hour on the freeway, and we ended up having to pull over to the side of the road and clean up Indy and the car and me, and it was all kinds of dramatic and stressful (oh god, are car seats ever not made for easy cleaning).

But the wildest part? Indy was upset, obviously – because anyone would get upset in that kind of a situation – but he was also just such a person about it. He did what he had to do, followed instructions, and did the best he could to relax. He dealt with it.

(I would like, by the way, to give a HUGE shout-out to Alamo, who we rented a car from – when I called and explained the situation they not only had me drive right over to exchange my car for a new one, but were incredibly kind and understanding about the whole thing, and joked around with me when I dropped off my honestly very disgusting car and just made me feel less like a pariah. And they didn’t know I’m working with the company, so that’s not why they were great; they just were. Great. So really: a big thank you to them for making my life easier during a very stressful parenting moment.)

The photo I sent to Kendrick post-drama to assure him that all was well. (All really was well by then.)

Anyway, after the whole mess was over and we were clean and dry and in a new vehicle, we drove to our destination – Campbell, where we had an appointment to tour a potential rental apartment while we waited for the check-in time at our Air B&B – and the whole way, I kept asking Indy if he was okay, if he wanted anything, if he felt like he needed to lie down, whatever, and he kept saying to me “I’m okay, mom. I’m better now.”

I remember once, when I was about Indy’s age, my parents and I went to Montreal and I got sick. I threw up in the hotel, and I remember being so miserable, just wanting to be home. It’s stressful traveling, especially when you’re a kid and don’t really get a say in anything that’s going on. And it’s extra-stressful traveling when you’re not feeling great. I’m sure Indy wanted to be in his own bed resting with his own books and his own toys; anyone would want that in this situation.

It’s also stressful moving – or at least I imagine it is; I never did when I was a kid, but it must be pretty overwhelming, having your parents tell you that you’re living in an entirely new place with entirely new people and things and a life you didn’t ask for but became yours anyway. Indy asks me all the time: “Will the blue car come with us?” (Yes.) “Can my light saber come to the new house?” (Of course.) “Can we click our house to the new house?” (No, our old house is going to stay in New York, we’re going to get a brand-new one in California.)

He wants to “click” all the places he’s lived together.

When we toured the apartment complex Indy kept asking, “Is this where we’re going to live?” And I kept wishing I could give him an answer, say YES, this will be your room, YES, that’s the corner your toys will go in, YES, that’s where we will park our car…but I don’t know. I’m going to have to say “I don’t know” a lot to him over the next few days, and the next few months.

Children are resilient, sure, but still. Every time I say “I don’t know” I look at him, watch him for a few seconds to see what his reaction is to all these unknowns, watch him turn over the new information in his head…and then watch him move on.

So I guess I’m just really proud of my son right now. For dealing with things, and for making the best of them, and mostly for being so brave.

At one point, when we were walking through the rental apartment, he asked me, “Is this my room?”

“I don’t know,” I said. And he stood there for a minute, staring. And then he walked out onto the tiny open-air patio and looked around.

“Where’s the outside part?” he asked.