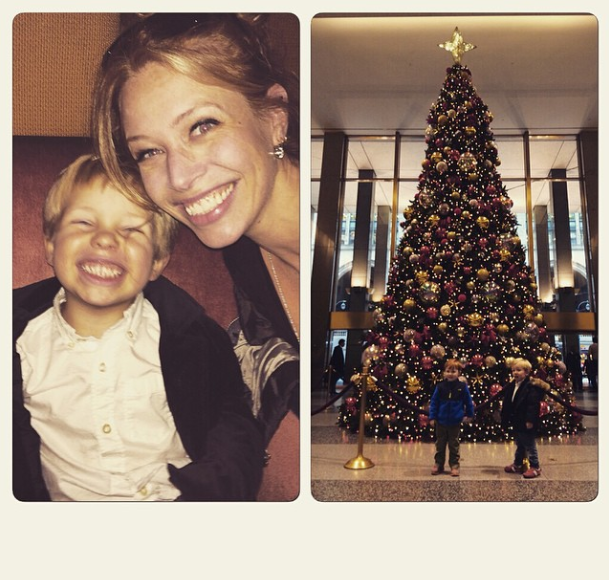 When I was expecting Goldie, I wrote and wrote and wrote about my fear of losing all those special times I had with Indy; those days when it was just us two, wandering around and stopping into diners for pancakes, paging through books in bookstores…being not just mother and son, but friends. Like, best friends. That’s one thing that surprised me about becoming a parent, you know: the fact that your children aren’t just your “kids”; they’re people you love hanging out with, who are funny and smart and interesting and make everything you do together more exciting, because you get to see what it’s like to do it (whatever “it” is) for the first time ever.

I was scared I’d lose that in the madness of a new baby’s arrival; that he’d feel pushed aside, or forgotten somehow. And so it’s something that Kendrick and I have spent a lot of time talking about, and we’ve worked very hard to make sure that I get time once in awhile to go somewhere on my own with Indy.

Yesterday I told my son that I was taking him on a special adventure. “Is Daddy coming?” he asked. “No,” I said, “It’s just you and me today.” And instead of being sad that Kendrick wasn’t coming along – which was what I expected – he literally flung himself into my arms and said “Let’s go NOW!”

So we went on a train to the city (big hit), walked past Rockefeller Center to see the tree and the decorations (bigger hit), and then finished up with the Radio City Christmas Spectacular (obviously the biggest hit; we have been recounting the show in minute detail ever since). And then afterwards I explained to him that the very best part of a trip into New York is that you get to eat Two Boots pizza from Grand Central on the train ride back home, and so we got pizza and curled up together on a seat and talked about our adventures.

I mean, that’s a pretty huge day for a kid: seeing the Rockettes and Santa Claus and “the biggest tree in the world.” I have those kinds of memories from when I was his age – they’re indistinct, more sense-memories than anything else – but I could see the wonder of those lights and sounds and crowds of people imprinting themselves on his brain. I know he’ll remember going to the city and seeing the Christmas show with his mom. 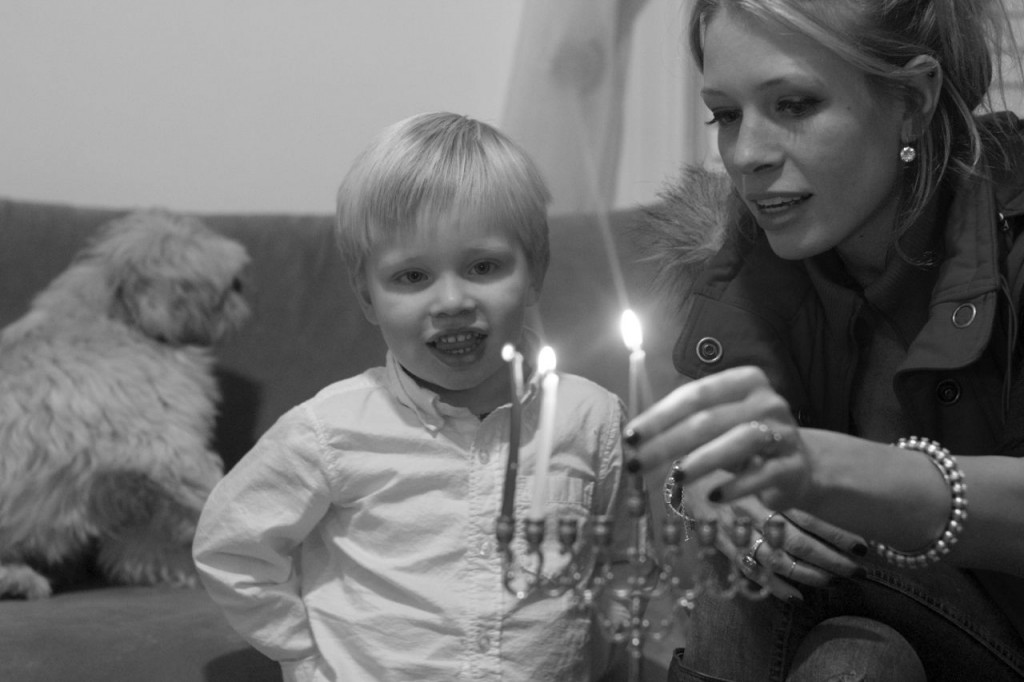 And then we went home, and lit candles and sung Hanukkah songs together, and it wasn’t a huge, exciting, once-in-a-lifetime experience like seeing the Radio City Christmas Spectacular, but there it was on his face again: the wonder. At the biggest tree in the world; at a candle lit in a dark house. The grandness of the event didn’t matter; what mattered was that I was there.

It’s such an awesome thing to realize: how much your kids just want you to be there. Really see them.

So we sat on the couch together while the candles burned down, and I told him to watch very carefully, because the moment that a Hanukkah candle goes out is a special one. We watched, and watched, and finally the flame went out in a little burst of smoke, and it was time for bed, and when the lights were out and we were laying together looking at the stars on his ceiling he said, “Tell me what we do today?” and then told me himself, detailing every single moment, from the train to the Santa Clauses to the candle, each part as big as the other.

And when he was done recounting the story of our day: