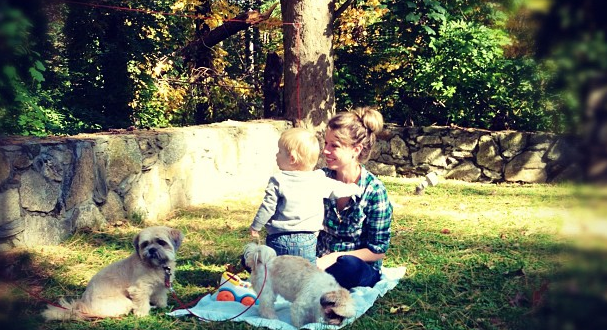 I love our home, and I love our town. I love having picnics and building snowmen in our backyard; I love driving down the twisty road that leads from our house towards the river and seeing the sun set behind the Tappan Zee; I love the little diner we go to on Sunday mornings where the waitress always gives our son a free donut. Mostly I love the life we’ve spent these last two and a half years building here, and the friends we’ve made.

We could have lived here forever, but we aren’t going to.

We’re moving to California, to San Francisco’s South Bay. For good, this time.

When Kendrick’s internship ended, his company made him a post-graduation job offer, and last week he accepted. And so next spring he will graduate, and we will pack up everything we own, and then we will pile our dogs and our kids into a rented RV (!!!! oh yes) and start the next chapter of our life by driving across Route 66, with dips down to New Orleans and up to Taos. Maybe Montana; I’ve always wanted to see it.

And when the drive comes to an end, we’ll pull into the driveway of some as-yet-unknown house or apartment, and we’ll start a whole new life in a whole new place.

A change like this isn’t one you make lightly, but the truth is that once the idea of moving to California became a possibility, the decision felt…obvious, like it wasn’t even really a decision at all. But still: we spent hours and hours talking this through, sifting through the reality of what it would mean to uproot our lives and move thousands of miles away to a town where we really don’t have much of a foothold at all…and then one night we were sitting there in our dining room, listing the reasons it might not be a great idea – we’ll have to sell our house sooner than we might have wanted to; we’ll have to pour money into a rental rather than a home we own; we’ll be far away from family; we don’t know if or how it’ll affect my job; et cetera – but then Kendrick said, “Well, maybe it’s too much. Why don’t I just look for a job here?”

And we sat with that for a minute, and then realized that we can’t say no to this. This summer felt like magic, like we were living in a bubble of joy and adventure. And I know that’s partially because it was a little bubble, and that having a real life (as opposed to what amounted to an extended vacation) out there will be different in many ways, but still: it feels like the clear choice, for reasons that are logical and weighed and for reasons that are built out of ocean air and the look on our son’s face when he makes castles in the sand.

Is it forever, this next step? I guess I know better than to say that anything’s forever – I mean, if nothing else the fact that we moved into our town with “forever” in our heads and are now moving out only three years later is evidence of that.

You know, there’s a part of me that was scared to write this post – I wondered what it meant about us that we found a place that felt right, and that now we’ve found another place that feels even more right. Because I want so badly for my children to have a house that burrows itself deep into their hearts, a place that they can come back to for the rest of their lives and feel like they’re at rest, like they’re safe. I want them to have a home, and I thought that home had black-and-white floors and leopard carpets and a stone wall cradling the backyard, and now I have to wrap my mind around the fact that it doesn’t.

When we bought this house, it felt like we were honing in on what our future looked like, narrowing down the options until our path came into focus, and now there’s this: a 180-degree change that puts us back at what feels like the beginning again, the future wide-open and uncertain, full of places we can’t picture and people we haven’t even met. So I do wonder: does the fact that we thought we found our forever and that now we’re packing up and starting over mean that we’re nothing more than wanderers? That we’ll just keep searching, going from place to place looking for something we can’t quite put our fingers on, something that makes the land where we live feel like ours?

I suppose I can’t know yet how we’ll feel when we arrive at our next stop along the way. But I do know this: something that our summer in California taught me was to do the thing that’s hard, look for the exciting thing in the scary thing. Say yes. Say yes.

I also learned something else from the months we spent living in someone else’s apartment with nothing more than what we could fit into two suitcases: a home is just the spot where your family sits down to rest. Our home is right here, in the space between the four of us, and we take it with us wherever we go: to towns resting alongside rivers, to valleys flooded with sun, and to all those places we have yet to discover. 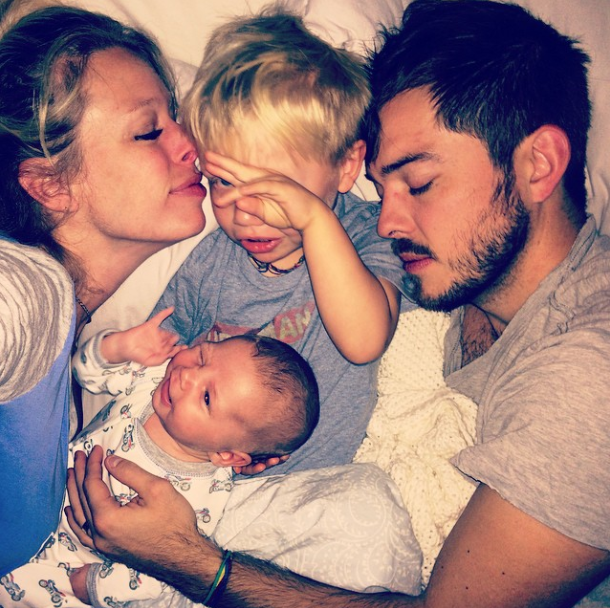 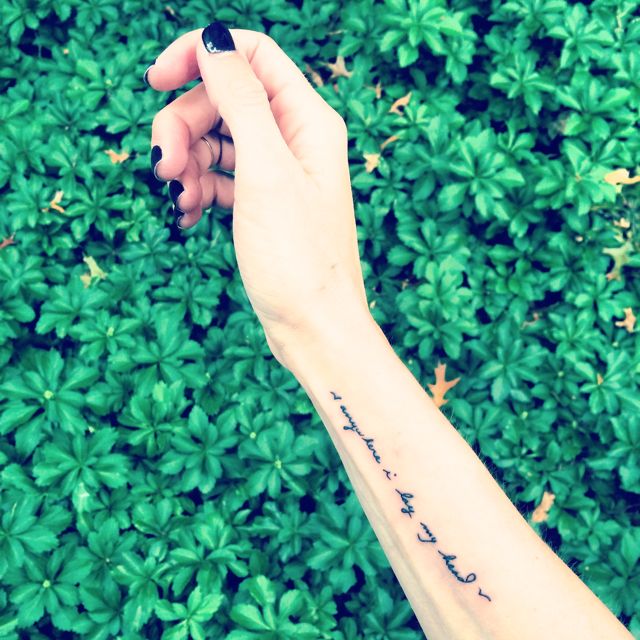