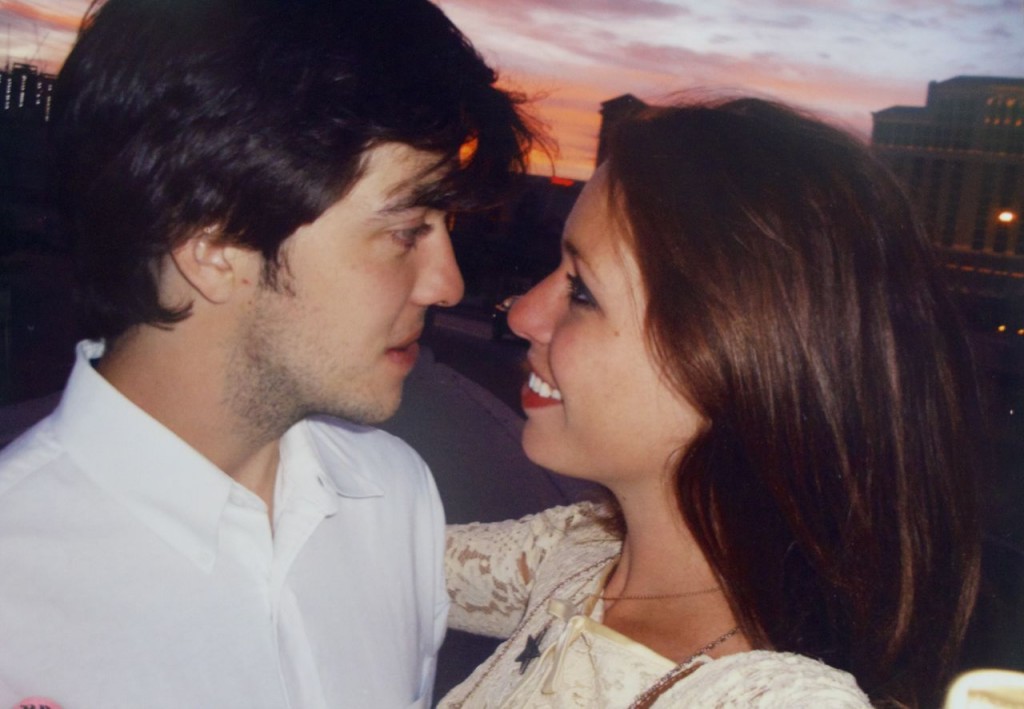 I have a funny relationship with my camera.

In high school, my parents’ gift of a fancy-ish Nikon inspired me to take roll after roll (remember those?) of photos of my friends lounging angstily on fire escapes and brownstone stoops, eating toast in diners and putting on lipstick and blowing out smoke from pilfered cigarettes. I love these photos, but they aren’t really photos of us – they’re photos of us trying to be someone else, someone closer to the picture of “cool” we held in our heads.

And then there are the years that I jokingly (but not really) think of as “the lost years” – when I forgot about my camera for one reason or another, and many months went by without a single photo. I have only one album from college, and it’s filled with shots from maybe three or four especially photogenic nights (a formal, another formal, a night my roommates and I got dressed up to go out and then decided to just stay in my room and drink bad tequila and dance to the Footloose soundtrack).

When I graduated and moved to California, my camera was stolen during a break-in, and I didn’t replace it for a long, long time. I have a few shots from nights out at clubs with friends, but not of the times I’d really like photos of: the nights spent sitting by the pool with my dad, looking up at the moon and the palm trees and talking. The long drives I took to Santa Barbara. I wish I had more photographs of my sweet friend. I think of him every day; I’d like to see his face.

On the night (morning, really) that Kendrick and I got engaged, we held out my little point-and-shoot at arm’s length and took a shot of ourselves as we crossed over a bridge heading back to our Las Vegas hotel, the sun rising in the background. We just took the one, and it’s just a snapshot, not one of those perfect engagement photos you see on Instagram these days…but I love it so much. In the years that followed, when Kendrick was off touring with his band and I was doing one thing or another to get by, I don’t think we took a single picture at all. And it’s true; it makes it harder to remember those years; the memories come more as feelings, flashes.

When I started blogging back in 2009, I didn’t even have a camera; my then-colleague had to give me one. And right away, we fell in love with that side of my new “job” (in quotation marks because it wasn’t exactly a job back then – or certainly not an income-generating one, in any case): suddenly having a constant record of where we’d been, what we’d seen, who we’d met. It felt like such an incredible gift.

Over time, my camera became an enormous part of my life, something I carried with me virtually everywhere, and mourned when I had to leave it at home for one reason or another (before leaving the house, the checklist: keys? wallet? camera?). But in these past couple of years, something has changed, and the camera has started staying home more often than not. On weekends, I take shots for the site while the kids are napping. When we go off adventuring, I take a couple of photos with my phone, and then I put it away.

I think it was Indy arriving, and then it grew stronger with Goldie. I don’t want to hold a camera.

I want to hold them.

I don’t want them to grow up more interested in recording than in living, thinking that nothing matters unless a photo is taken. I think that’s a danger of our current world and an extra-danger when your parent is a blogger and makes a living off of the documentation and re-telling of life.

I don’t want their memories of childhood to be set to the soundtrack of a click-click-click.

But despite all this internal conflict: I love photography so much. And I think that, when used in a way that enhances your life rather than taking you out of it, it has value beyond measure. I miss those lost years; there are so many people and places I wish I had just one single photo of, so I could remember them more clearly.

In my mom’s office, years ago, there was a framed photo of her and my dad from a weird, upwards-facing angle, and when I asked her about it she told me that it was the first photo I’d ever taken. I always thought it was such a cool thing for her to do, such a remarkable window into how I used to see the world. I’m so glad I know what my first photo looked like. 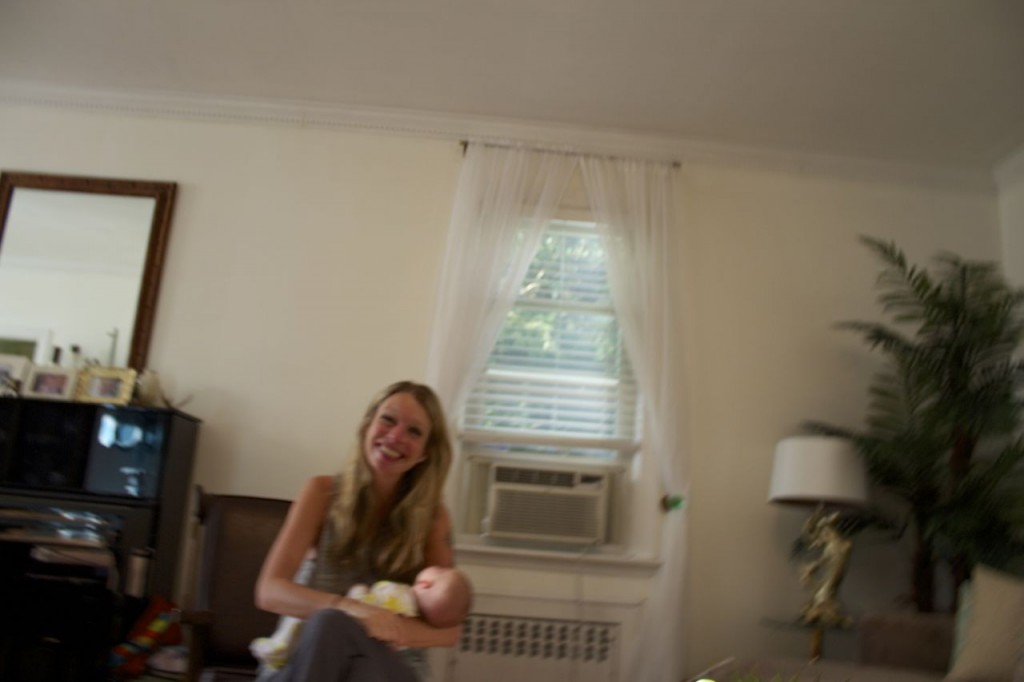 This is my son’s. 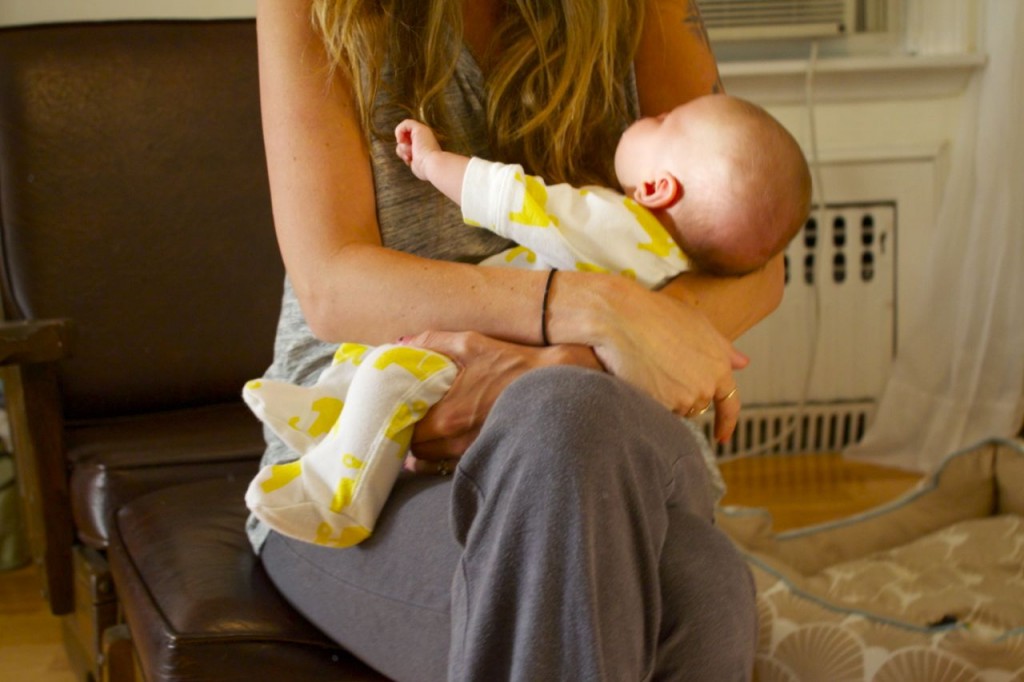 Here’s another. (That composition! That lighting! That total luck of the draw! – which, incidentally, comprises a significant percentage of photography no matter what your age.)

I’m proud, both of the care he took with the camera and of his desire to capture a piece of his world. And I’m so excited for him to learn how to take photographs, how to document the moments that mean the most to him so that he can keep them forever, and look at them when he needs reminding. The trick that it took me awhile to learn and that I hope to teach him sooner rather than later: to pick it up, take the shot…and then put it down, and go live your life on the other side of the lens.