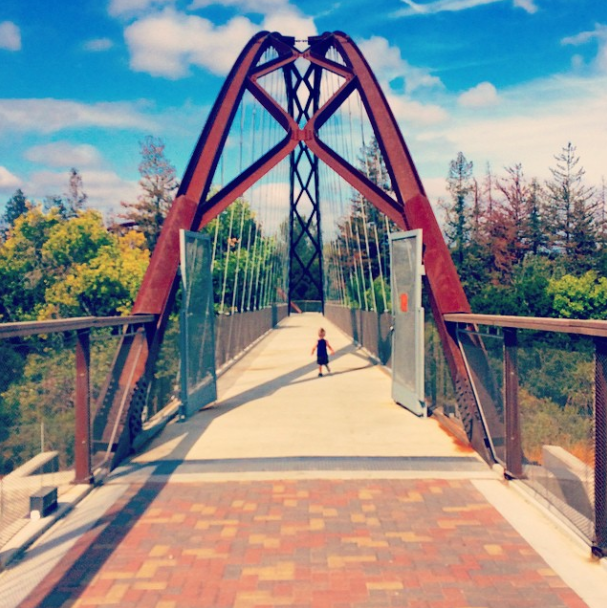 A couple of days after we brought Goldie home from the hospital, I was sitting on the couch feeding her and my son announced that he wanted to go kick a soccer ball outside. “Why don’t we wait for Mommy?” Kendrick asked him. “She wants to come too.”

“Mommy doesn’t like to go outside,” Indy said, and my heart broke.

That quickly – in just days – I had gone from being my son’s primary playmate and general partner in crime to the “un-fun” parent, the one who “didn’t want” to run and kick balls, or go swimming, or play hide-and-go-seek.

I want to do those things so badly. And all of a sudden, because of breastfeeding and recuperation from the birth and the fact that now we have two children and if one wants to go outside while the other is sleeping, we need to split up and that’s just how it has to be…I couldn’t do those things.

I missed him so much I felt it like a physical pain, a tightening in my chest when I thought of all the time we spent this summer adventuring together, picking strawberries in fields or just sitting in the sun and eating pancakes, and wondered whether we’d ever have that again.

When I was pregnant, virtually all of my friends who had more than one child told me that in the early weeks, at least, what was going to happen was that my husband was going to basically take charge of our toddler while I took care of the baby. So I knew that this was the way it was going to be, but still: in those first few days after we got home I missed Indy so much that I could hardly stand it. I scrolled through the photos I’d taken of our last trip to the zoo, photos of him sitting on a ride and smiling bigger than I’d ever seen him smile, and they made my heart hurt. Because now it was his dad making him smile, tossing him up and down in the water while I watched from the shade. It’s not that I didn’t want Kendrick to get that special time with his son – of course I did – it’s that…I guess I felt a little left out.

I don’t want to stop being a part of making our son laugh. I don’t want to be the parent sitting on the sidelines in our son’s – or our daughter’s, for that matter – memories of childhood. 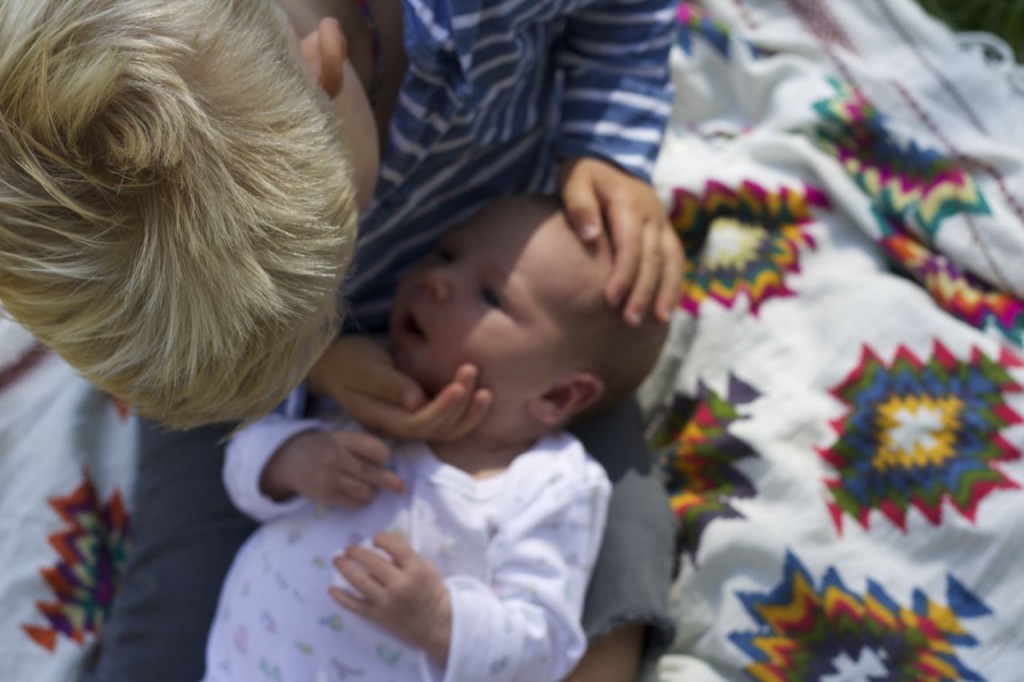 It didn’t surprise me that it hurt to suddenly spend so much less alone time with my son…but you know what did surprise me? How quickly the adjustment went from painful to really, truly okay. I can see where the future is headed, and there’s time with all four of us, time alone with my son, time alone with my daughter…just time. And watching Indy with his sister…what she brings to his life – and he to hers – is worth everything. Watching him stroke her head when she cries and say “Ssh, it’s okay, it’s okay,” watching her snuggle into her big brother’s lap…it’s just worth every single rocky moment that’s happening in the right-now.

So while we adjust, I’ve been looking for ways to make the transition feel a little easier on everyone. It’s been two weeks now, and I’ve taken Indy out for a quick mom-and-son playdate a couple of times – just twenty minutes at the playground across the street, or a run across the beach while Kendrick and Goldie wait in the air-conditioned car – and even those mini-outings have felt like taking a dose of medicine, helping me to remember that we’re all still trying to find our footing in this new life as a family of four, but that my relationship with my first baby is still there, same as it always was. Things are in flux right now, and right now the fact is that Kendrick is the one throwing him around in the pool and running with him through parks…but I’ll be back running alongside them soon.

And in the meantime, there is this:

When we drive home from camp at the end of the day, Indy usually likes to sit quietly and listen to the radio. But yesterday, he said “I want to talk to you.”

What about? I asked him.

So I reached back, and held his hand the whole way home. 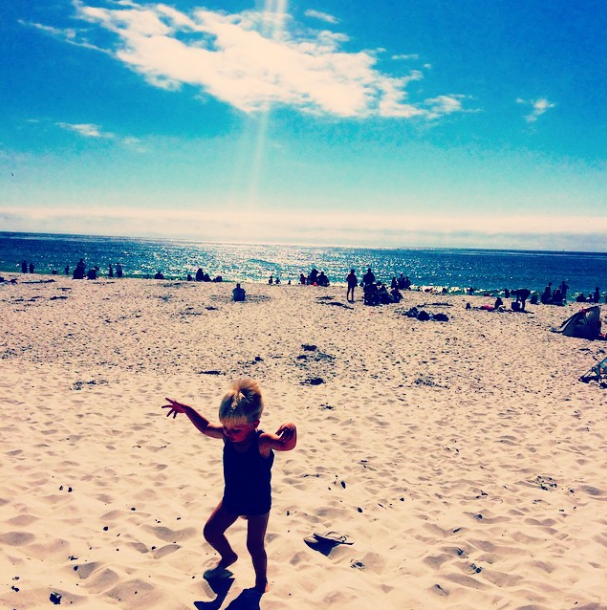