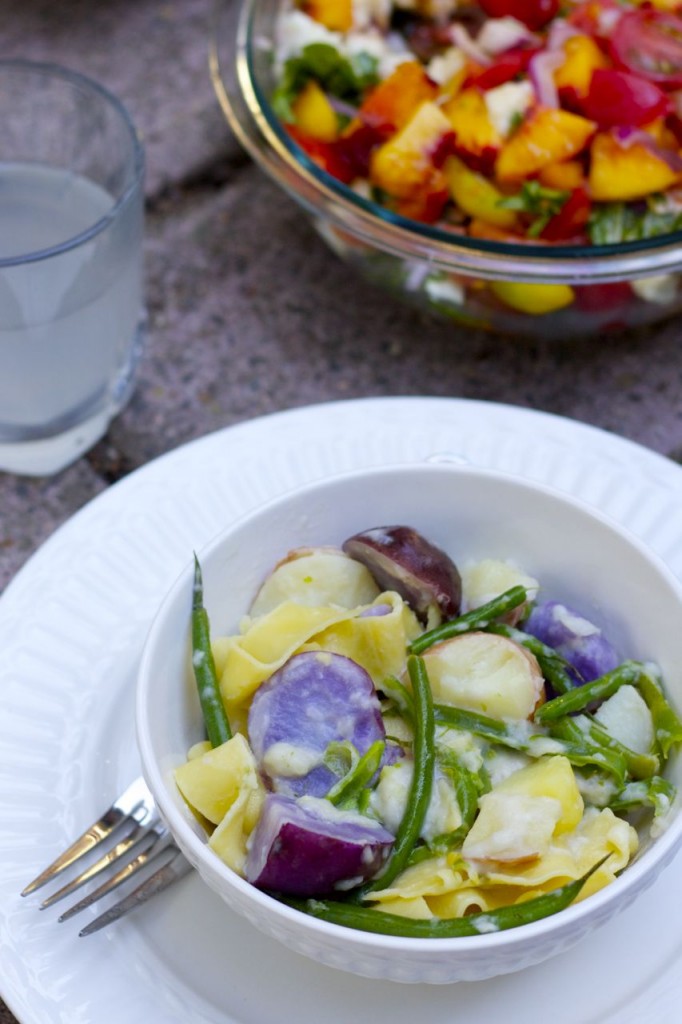 The summer after my junior year of high school, my friend Thomasin and I spent a couple of months attending art school in Paris (which sounds ridiculously fancy for a couple of teenagers, and kind of was). We lived in dorms that were filled with college students during the regular school year, and while we were technically supervised, we really…weren’t. Which meant we did our best to get into as much trouble as possible, and when that turned out to be not very much trouble at all (because we were both a little more “nervous good girls” than “madcap European bon vivants”), we hung around the dorm with our friends, essentially playing grown-up.

Our favorite weekend activity: trucking down to the grocery store on the corner for cooking supplies, and then using the tiny kitchen in our dorm to make what felt, to us, like sophisticated meals…but were actually just the most rudimentary pasta dishes ever. We ate them with chopsticks, sitting in a circle on the floor around the one big cooking pot we shared, because we hadn’t thought to bring things like bowls and forks. We would have told you that we didn’t just go out and buy bowls and forks because we “couldn’t afford them” or because we were “too lazy to go to the store”…but neither of those reasons would have been the truth.

The truth was that we didn’t buy them because we didn’t want them, because the very best part of those meals was that we ate them crowded around a single pot with friends we thought we’d have forever, laughing until we couldn’t breathe.

Cooking here reminds me of that summer in Paris. I don’t have spices or fussy kitchen tools and am working with a pretty terrible set of knives…and it’s so much more fun than I thought it would be, mostly because I don’t care what dinner looks like; presentation is pretty much the last thing on my mind at the moment. When I went to make this dish, I realized halfway through that I had been operating under the assumption that my kitchen was functional in the way that my kitchen at home is – meaning that I can open cupboards and reliably find things like condiments, or garlic, or colanders – and ended up having to do lots and lots of improvisation (ice baths? No. Zesting? I don’t think so)…but it didn’t matter at all. It was great. We even invited a friend over for dinner, which meant I could call what I did “entertaining,” to boot (I added a little extra fanciness to the meal in honor of our guest courtesy of a premade lemon bundt cake from Trader Joe’s, because baking is not happening this summer).

If only we didn’t have cereal bowls we could have just eaten dinner straight out of the pot, and then it would have been even better. 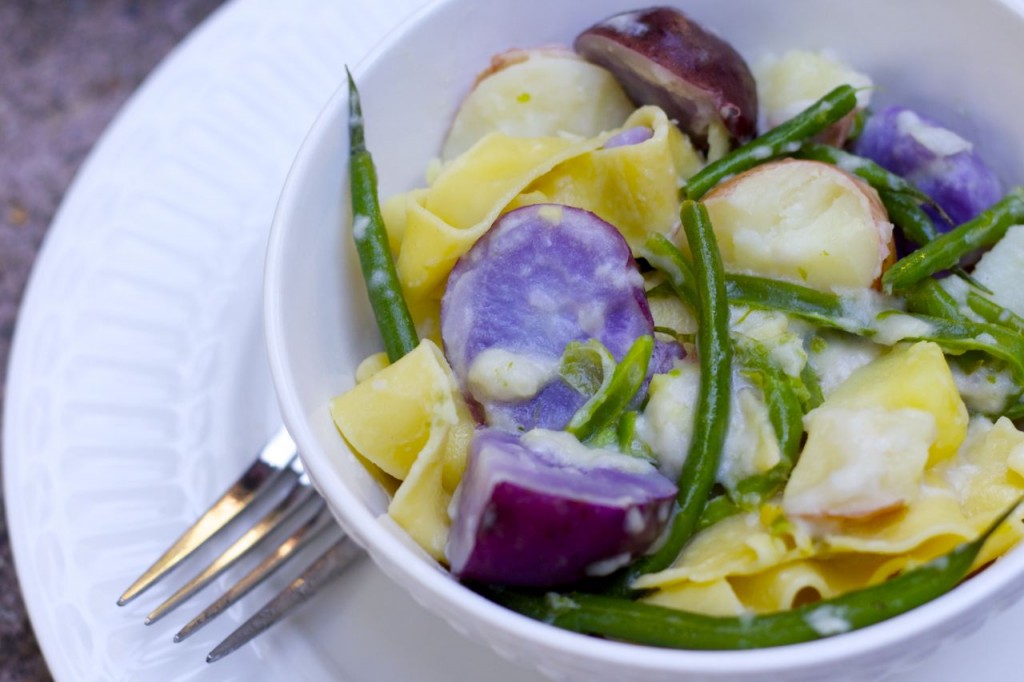 Serves 4-6; based on this recipe

1 lemon, zest removed and finely chopped, juice squeezed out and set aside

1. Cook the pasta in very salty water according to package directions, and make sure to set aside 2 cups of the cooking water when you drain it. Pour a little olive oil over the strained pasta to keep it from sticking together until you’re ready to assemble the dish.

2. Boil the potatoes until fork-tender (about 12 minutes) and drain.

3. In a large saute pan, heat a little olive oil and cook the garlic until just golden. Throw in the potatoes, haricots verts, lemon zest, lemon juice, pasta water, and cheese, toss lightly to coat, and then cook over low heat, stirring constantly, until the cheese has melted and the liquids have formed a light sauce. Add a little more pasta water to loosen, if necessary, and season to taste. 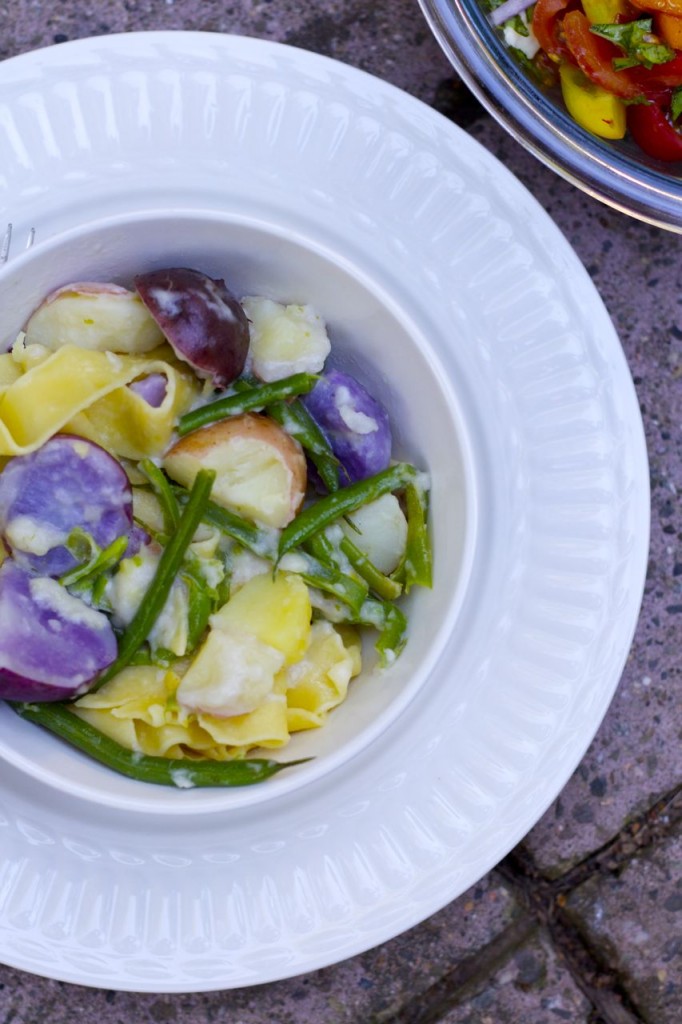