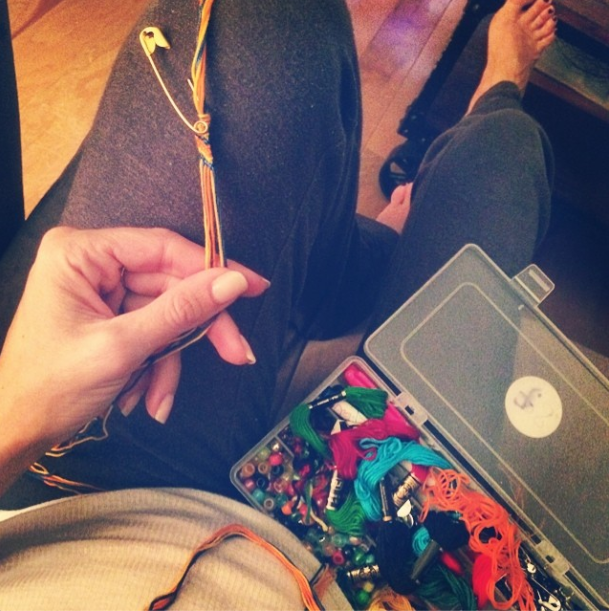 Making these things is weirdly relaxing. I had forgotten.

I spent last night trying to chill out for a second after hours and hours and hours of filling out forms and making phone calls and trying to iron out the details of everything from airport pickups to rental cars to whether we’re going to be living in a walkup (happily, we appear to have scored a first-floor apartment), and thought that merited a conclusion to the evening that included some Orange Is The New Black and friendship-bracelet-making. 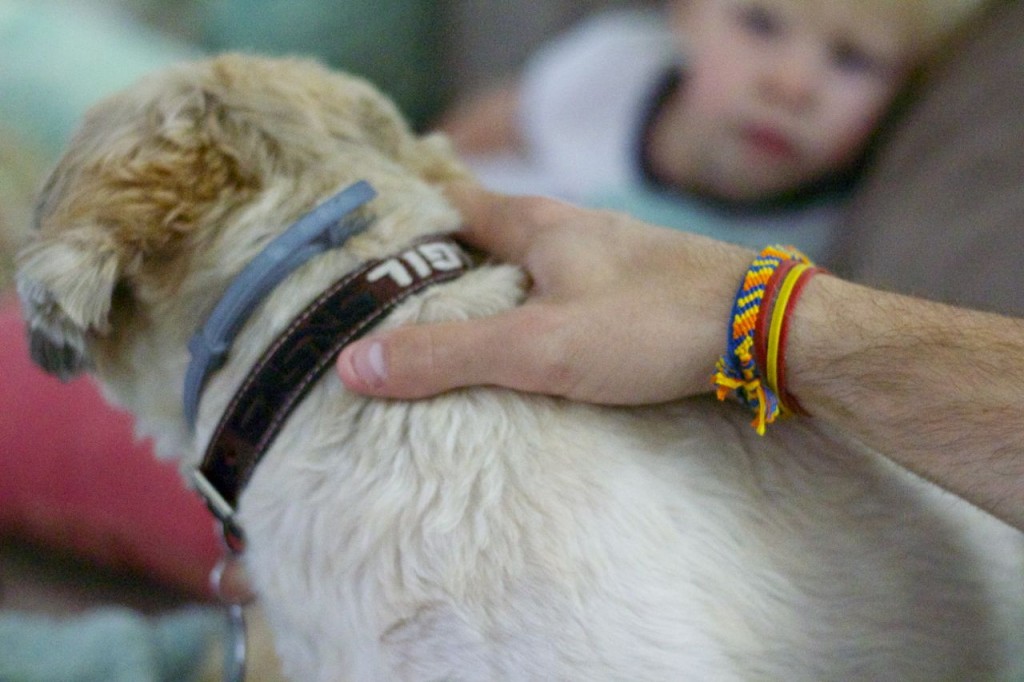 Ta da. (That’s the easiest stitch, and apparently the only one I’m capable of making; I tried a chevron pattern and: no. Couldn’t do it in seventh grade; can’t do it now.) 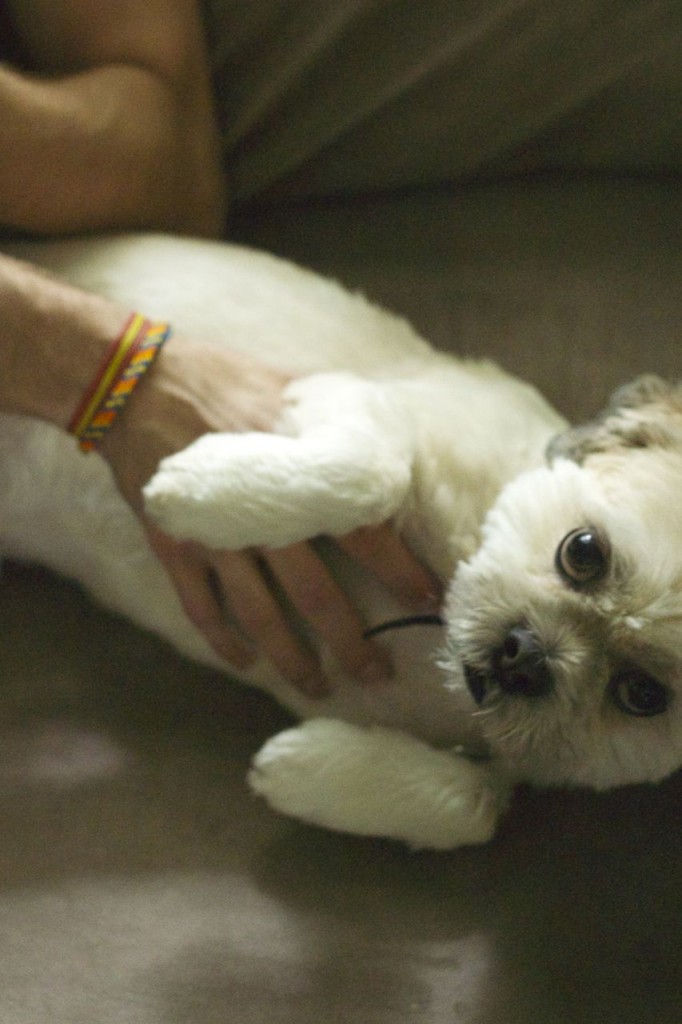 Posting this picture for no other reason than that belly-scratches apparently inspire my dog to make an I Kill You In Your Sleep (But Adorably) face.