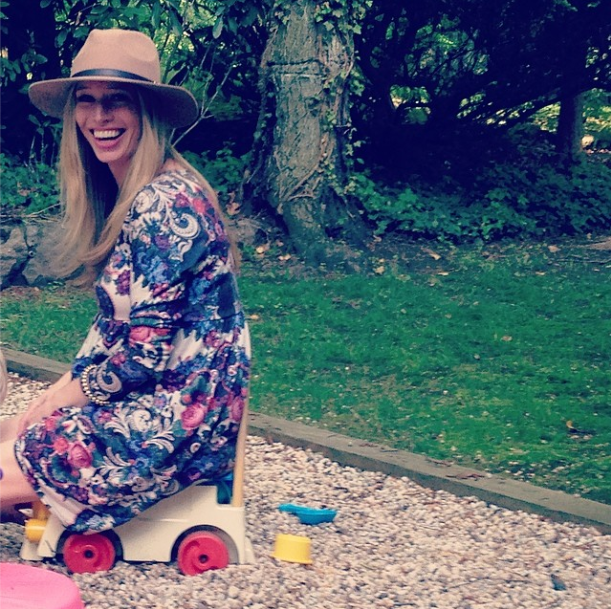 I spent all day Saturday shooting what felt like millions and millions of segments (eight, actually, but that’s a lot for one day when you take into account all the close-up shots, b-roll shots, et cetera that go into them) for a project that I’ve been teasing here and there over the past couple of months, and that I will be able to announce…later today! (Check back in just a couple of hours and it should be up.)

The shoot was followed by a BBQ with three couples who live near us and who we’ve become close with since we moved, and who also happen to each have two children: one Indy’s age, and one infant (apparently I wasn’t the only one who saw their child hit age two and immediately had the MUST HAVE MORE BABIES gear kick into overdrive). We’re the Last Couple Standing with one child in this particular friend group, which is funny and cool: funny because when we’re all hanging out we’re basically sloths compared to our friends, who are doing things like burping and feeding and rocking while we’re just sitting there like little guacamole-eating pharaohs – and cool because…I mean, babies are so cute. And it’s so adorable to see all these two-and-a-half year olds with their little siblings, half not caring because babies are sort of boring (especially in comparison to the prospect of filling a bucket with rocks) and half loving being a big brother or sister and being super proud.

I am so excited. The “excited” part is trampling the “nervous” part more and more every day. (Or…ok, that’s a lie. Maybe both parts are just growing, and I’m getting simultaneously more nervous and more excited? That sounds more accurate.)

The primary reason I’m posting the above photo, though, is to show you that baby doll dress, which I wore for both the last segment we shot and dinner. I bought it last fall because we were starting to think about having another baby and I wanted all my new purchases to continue to fit me in the event that our family-expansion plans worked out…and also because it was thirty bucks, which is really not a lot of bucks for a dress that can go pretty much anywhere. If you’re in the market for an awesomely comfortable, cute, cheap dress to celebrate Bare Legs Season, allow me to suggest this one (which is the same as the one I’m wearing, but in what I think is an even cuter pattern for spring). 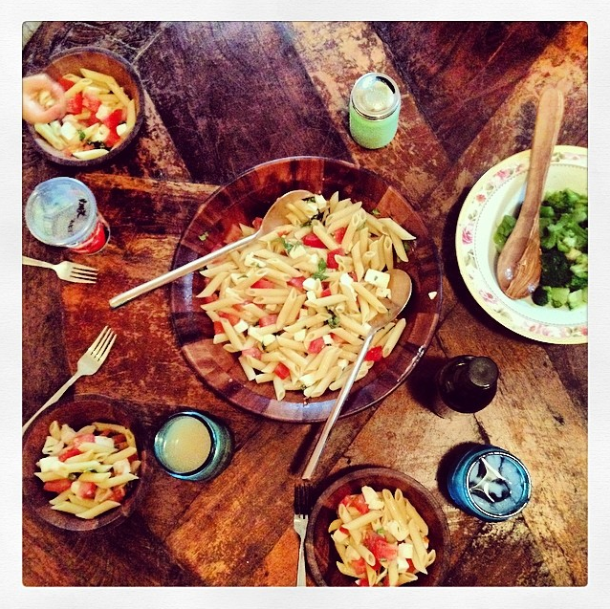 Speaking of suggestions: I made this dish all weekend long, mostly because we kept finding ourselves at home with “nothing in the fridge”…but I always have pasta, tomatoes and mozzarella laying around. And now I also always have basil courtesy of my herb garden, so: Caprese Pasta, dinner, boom.