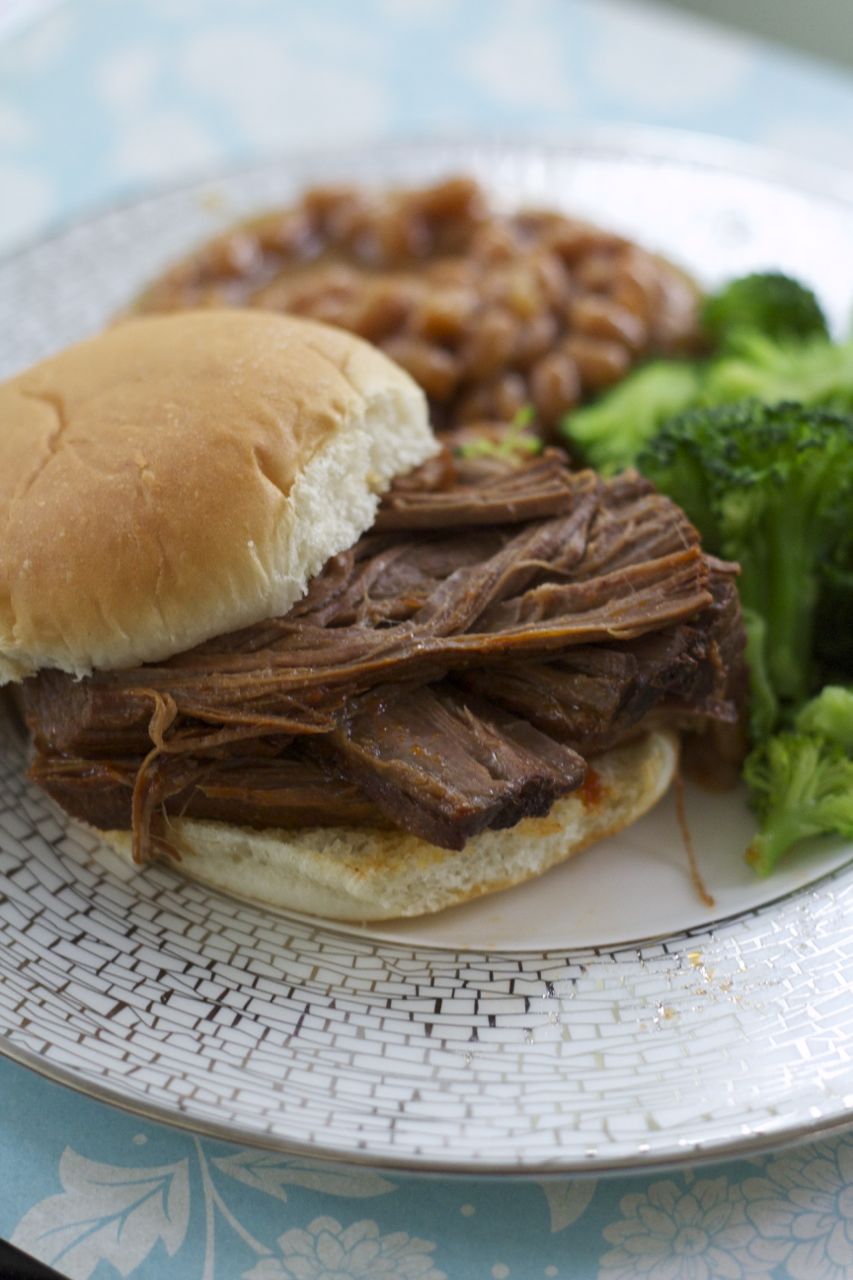 Did you know that slow-cookers aren’t just for heavy, wintry meals? It’s true.

As an example: you don’t always want to actually barbecue when you have a barbecue. Or at least I don’t. Sometimes you want to eat outdoors off of paper plates, but you don’t want a hamburger, or a hot dog, or maybe you’re out of propane and don’t feel like running to Home Depot, or maybe you’re just in the mood for something…else.

Brisket is so good. And slow-cookers make eating it so easy. Seriously, what this meal involves is: 1) put things in slow cooker; 2) put slow-cooked things in bun. Done. (I added some broccoli because I felt like it was important to show that I made an effort to include greenery, but honestly: potato salad is probably a better addition here.) 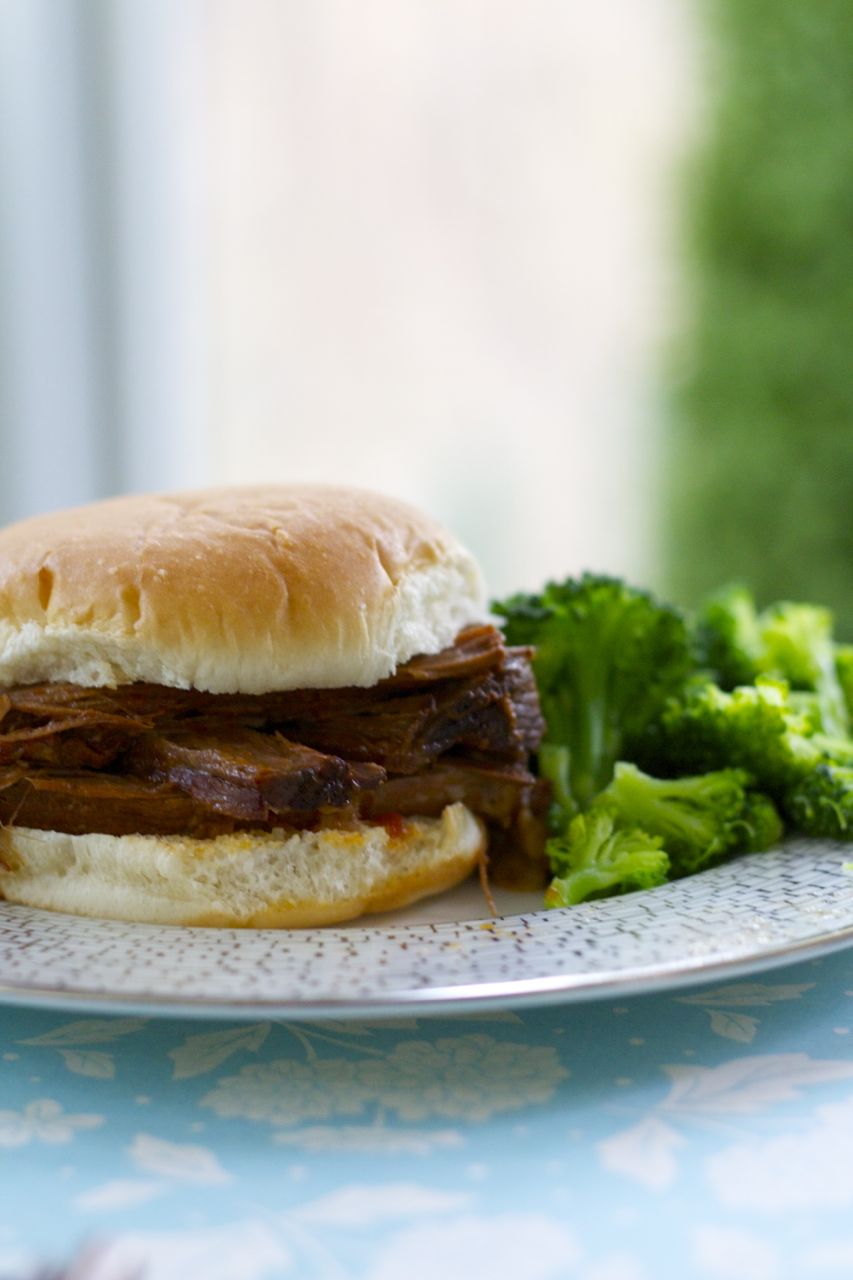 1/4 tsp Sriracha (or more if you especially like it)

1. In a heavy-bottomed pan, heat a little olive oil. Season the brisket generously with garlic powder and salt and brown on all sides.

2. Transfer brisket to a slow cooker and add the rest of the ingredients. Cook on high for about two hours, then on low for another six or so.

3. Use two forks to pull apart brisket and allow to combine with the sauce left over in the slow cooker. Serve on rolls. 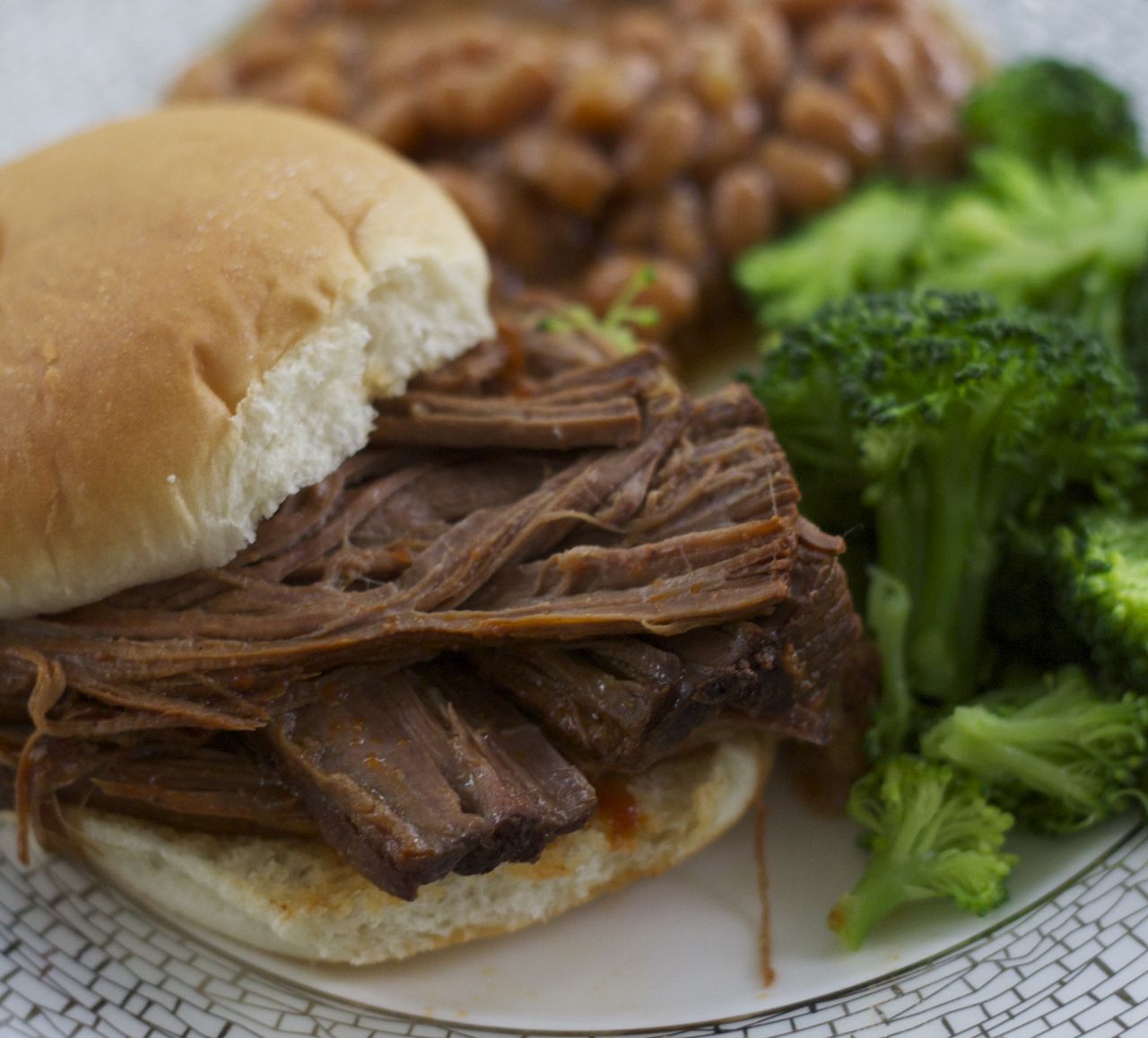