What I Bought: Baby Number Two 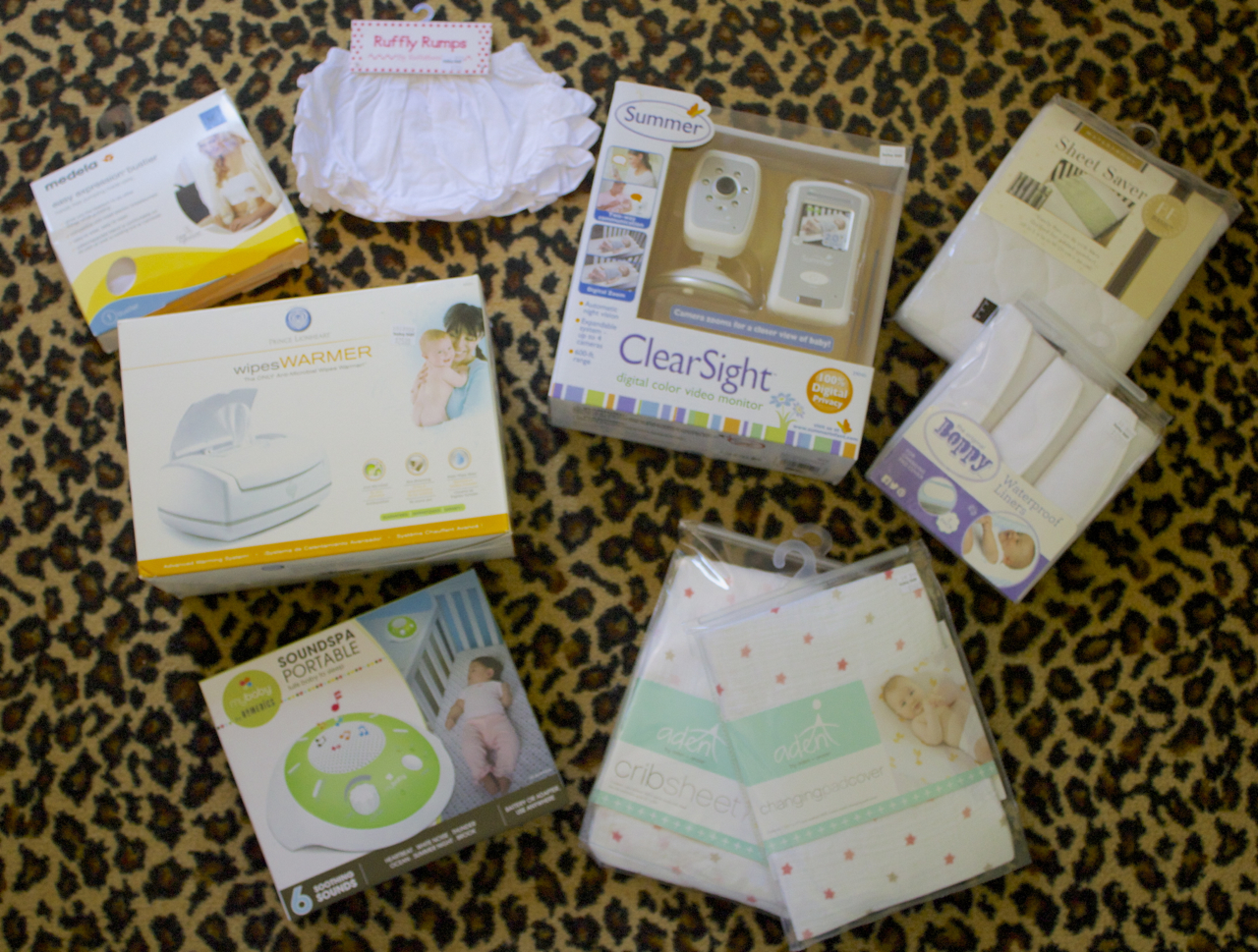 OK, so the truth about Buying For Baby is that you think you need bazillions of things, and what you really need is…about one-eighteenth of that. When you walk into Buy Buy Baby or Babies ‘R’ Us for the first time, all pregnant and confused-looking (or, in my case, vaguely panicky), a store attendant will hand you a long (long) list of all the crap the store wants you to think that you need. And that can be helpful to some extent, but it’s also way overwhelming, and way way way way expensive.

You don’t need all that. (Try handing over the list to a friend who’s recently been through the newborn phase, and let her go to town with the crossing-off.)

Shopping for our second child has been a completely different experience. First of all, other than the fact that I obviously went a little nuts with the purchasing of teeny-tiny dresses when we found out that we’d be having a daughter…we actually hadn’t bought anything at all up until last weekend. Which makes sense: we already have about 90% of the things we’ll need (crib, dresser, baby carrier, infant car seat, et cetera). We still want to pick up a good double stroller and a Snap ‘n’ Go (we not-so-smartly got rid of ours when our son outgrew his infant car seat)…but other than that: we’re pretty good to go, I think.

But there were still a handful of must-haves to check off the list, so over the weekend we took our first (and hopefully only) trip to Buy Buy Baby, list in hand. What we came home with: replacements for some items that I recall being absolute essentials the first time around…plus a few things that I didn’t buy when we were expecting Baby Number One, but that I ended up really, really wishing that I’d had.

1. One of the reasons I didn’t end up breastfeeding for as long as I might’ve liked to (I stopped around 4 months) was that I found it impossibly time-consuming: it felt like I had to spend 100% of my son’s naptimes pumping milk for when I had to leave the house for work…and those were times when I really needed to be able to get other stuff done. I resisted buying one of those pumping bras because I couldn’t get past how bizarre they looked (I mean: seriously), but after hearing raves from other women I’ve decided to give it a shot this time so that pumping time becomes productive time.

2. I have no excuse for having bought this item, other than the fact that it’s called a Ruffly Rump. You would have bought it, too.

3. When we had our son, we didn’t buy a monitor because the size of our apartment meant that he was basically two feet away from us at all times. When we moved we got a sound-only monitor because our son was nearly a year old by then and we thought that it would do, but for in infant and a house with lots and lots of stairs, I feel like a video monitor is a must.

4. Sheet Savers (which go across the crib sheets so that if the baby drools or spits up you only have to wash the sheet saver, as opposed to the bedding) and Boppy Changing Pad Liners (the same principle, except for the changing table) are THE BEST. I used these religiously with our son, and knew I’d want more for Baby Two.

5. I was going to just use the same crib bedding and changing pad cover that our son used…but this Aden & Anais pattern was too cute not to splurge on.

6. A sound machine in a baby’s room, for me, is beyond a must. Our son’s room already has one, so I picked up a second (inexpensive) one for the nursery.

7. Finally, here’s a purchase I was iffy on when we had our son: a wipe warmer. My first time around, this seemed like an unnecessary expense…but honestly: it’s just so much nicer. And under $30, so I thought: hey. My baby girl gets warm wipes. That’s nice.