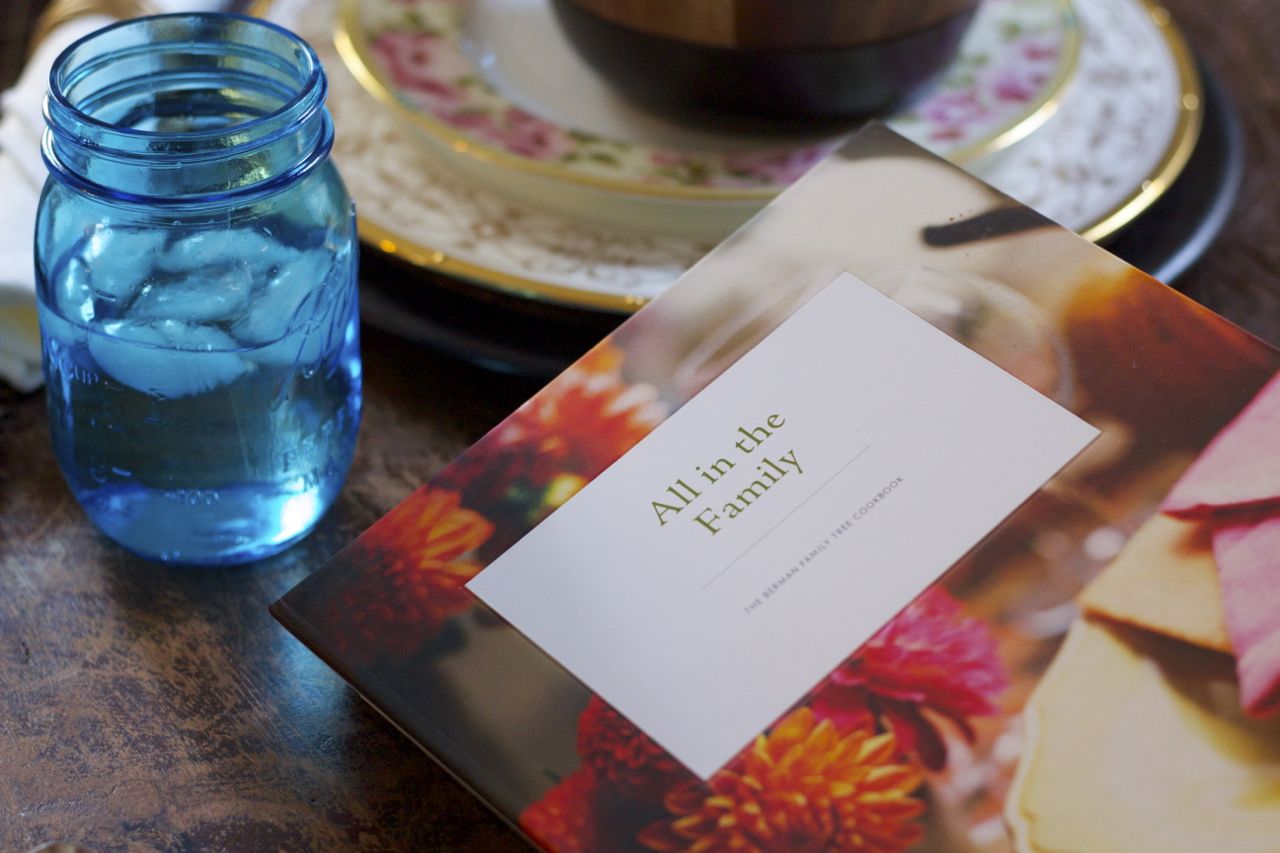 I know: Passover isn’t until this week. But we had Passover dinner on Saturday, because that’s when Mom was free to come up, and Saturday afternoon is a much easier time to cook multi-course meals (apparently shifting the start date of Passover to accommodate busy family schedules is becoming a thing).

Usually we go to my aunt Debbie’s house for Passover: she’s a cookbook editor and food writer, and so her dinners are kind of next-level in terms of prettiness/preparedness/general impressiveness/et cetera. This is the first time I’ve ever attempted to make a Passover dinner on my own, so I have to say: I was a little nervous. Especially about the matzoh ball soup: Debbie’s soup (which uses my aunt June’s matzoh ball recipe) is one of my favorite meals on the planet, but I’ve never made it myself just because it seems like one of those recipes that everyone’s all “Oh my god, it’s so eaaaasy” about, and then it’s…impossible.

In my world, what usually happens when you try to make something like matzoh ball soup is that the balls fall apart or transform into cement. But I decided to follow June’s matzoh ball recipe (from the Family Cookbook that Debbie had printed up, above, and which is now one of my all-time favorite possessions) to the letter in an effort to avoid these potential disasters, and: 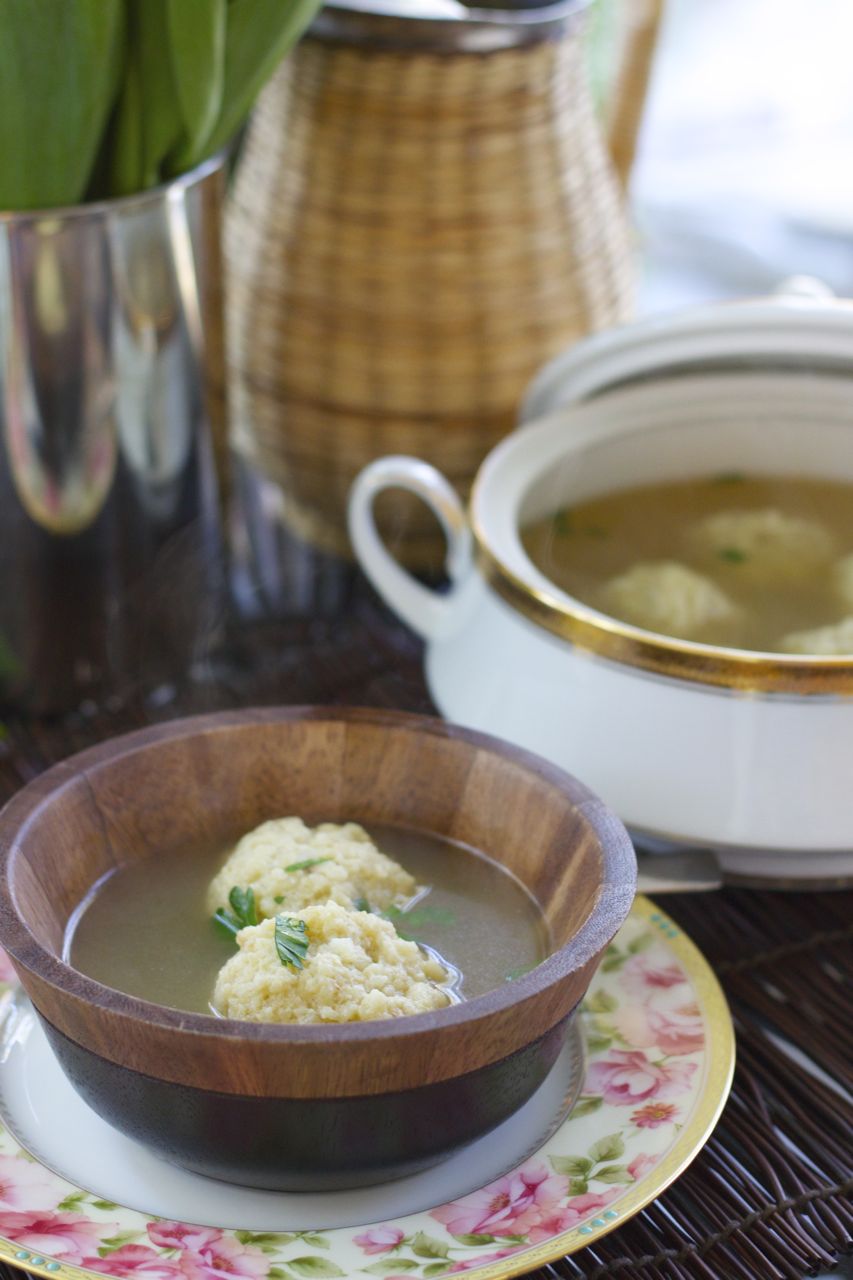 Seriously, this was so good. And – here’s a stunner – actually easy, not “everybody says it’s easy and then it’s impossible.” Promise.

So even if you’re not doing a full-on Passover dinner this year, I’m going to highly, highly recommend that you give these a shot. 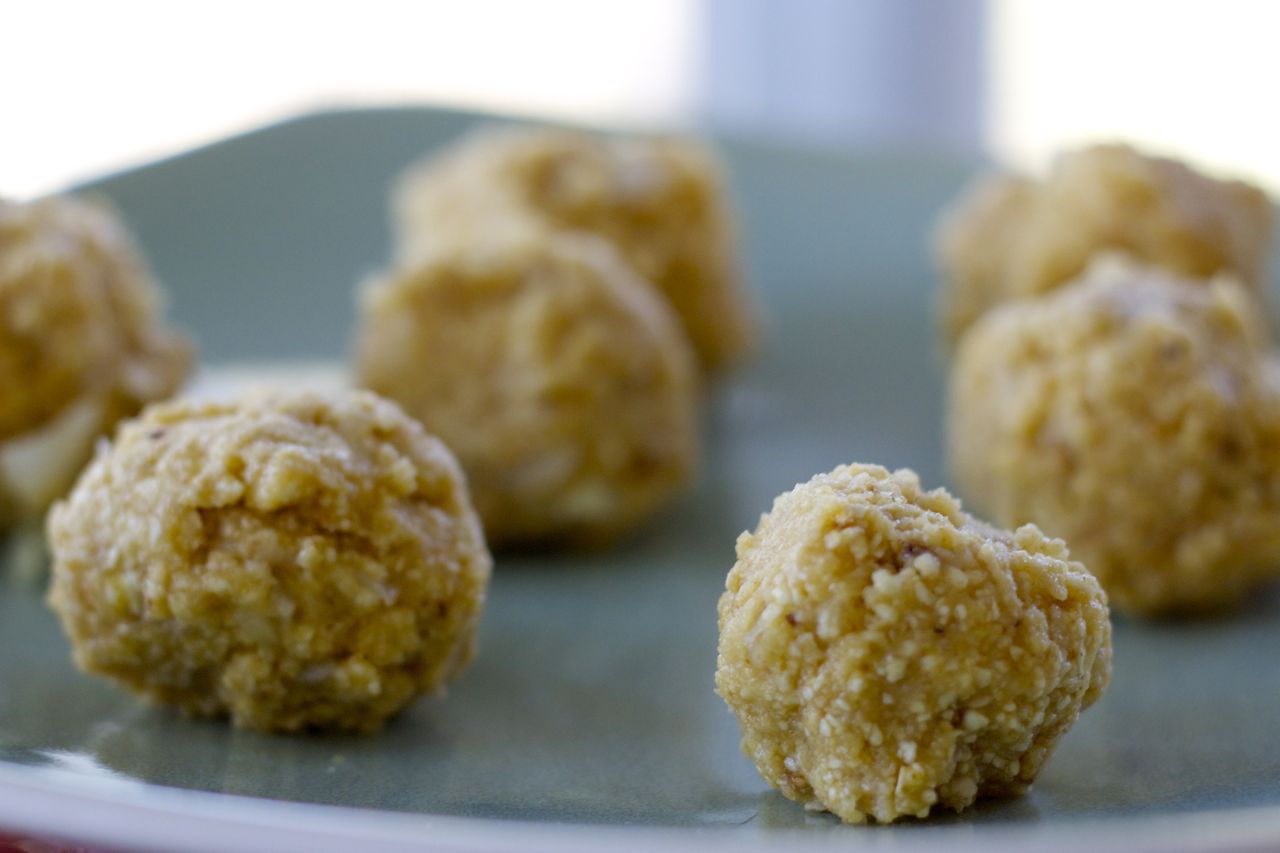 1. Stir together the matzoh meal, eggs, oil, onion, salt and pepper in a medium bowl.

2. Add 1 tbsp of water and stir until blended. Slowly add enough of the remaining 1 tbsp water to form a batter. When the bowl is tipped from side to side, the batter should move ever so slightly. Cover the bowl and refrigerate for 30 minutes.

4. Meanwhile, roll the matzoh ball mixture into 1-inch balls and place on a baking sheet. Lower the matzoh balls, one at a time, into the simmering water.

5. Bring the water to a roiling boil, then reduce the heat and simmer, covered, for 30-40 minutes. To test for doneness, insert a cake tester into a few of the matzoh balls. If it goes in without resistance, they’re done.

Serve with homemade (or store-bought) chicken broth and a sprinkling of parsley. 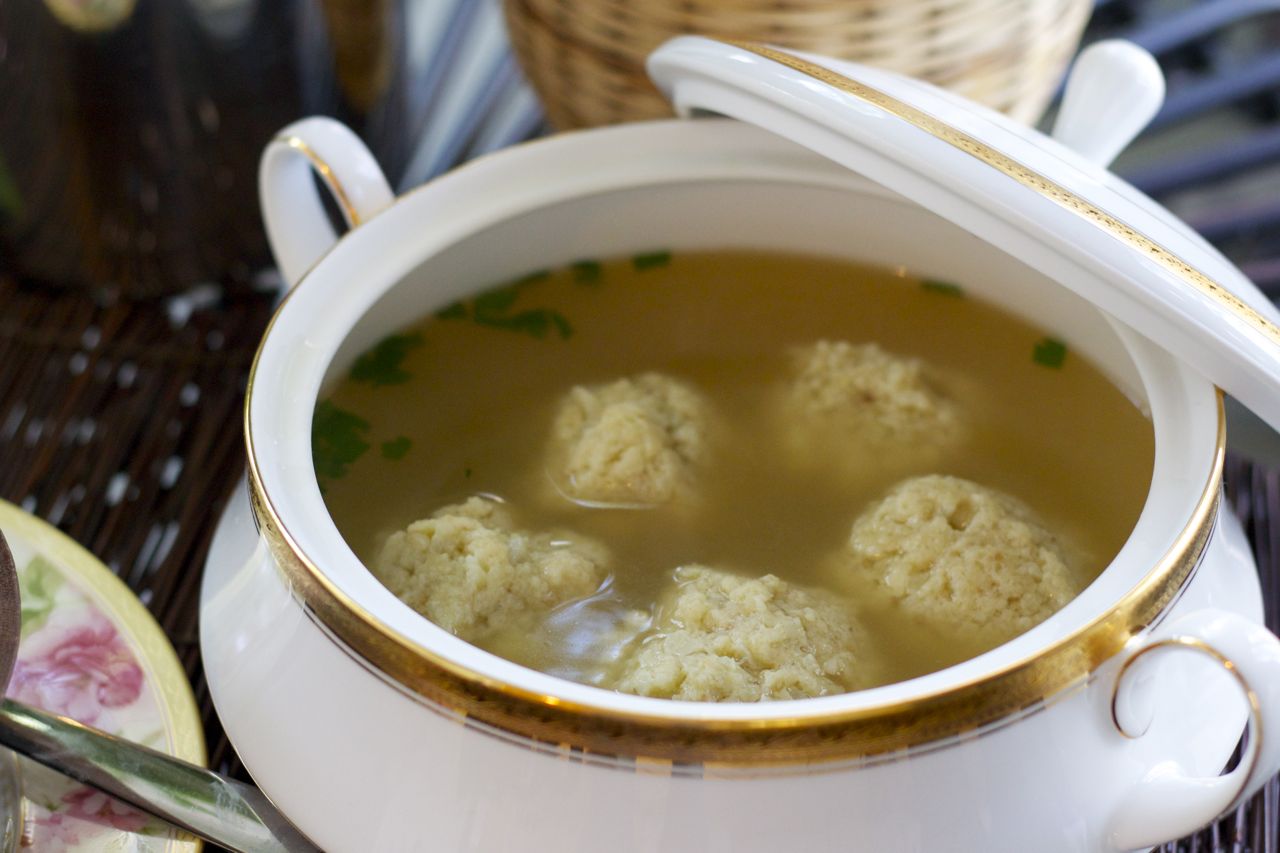 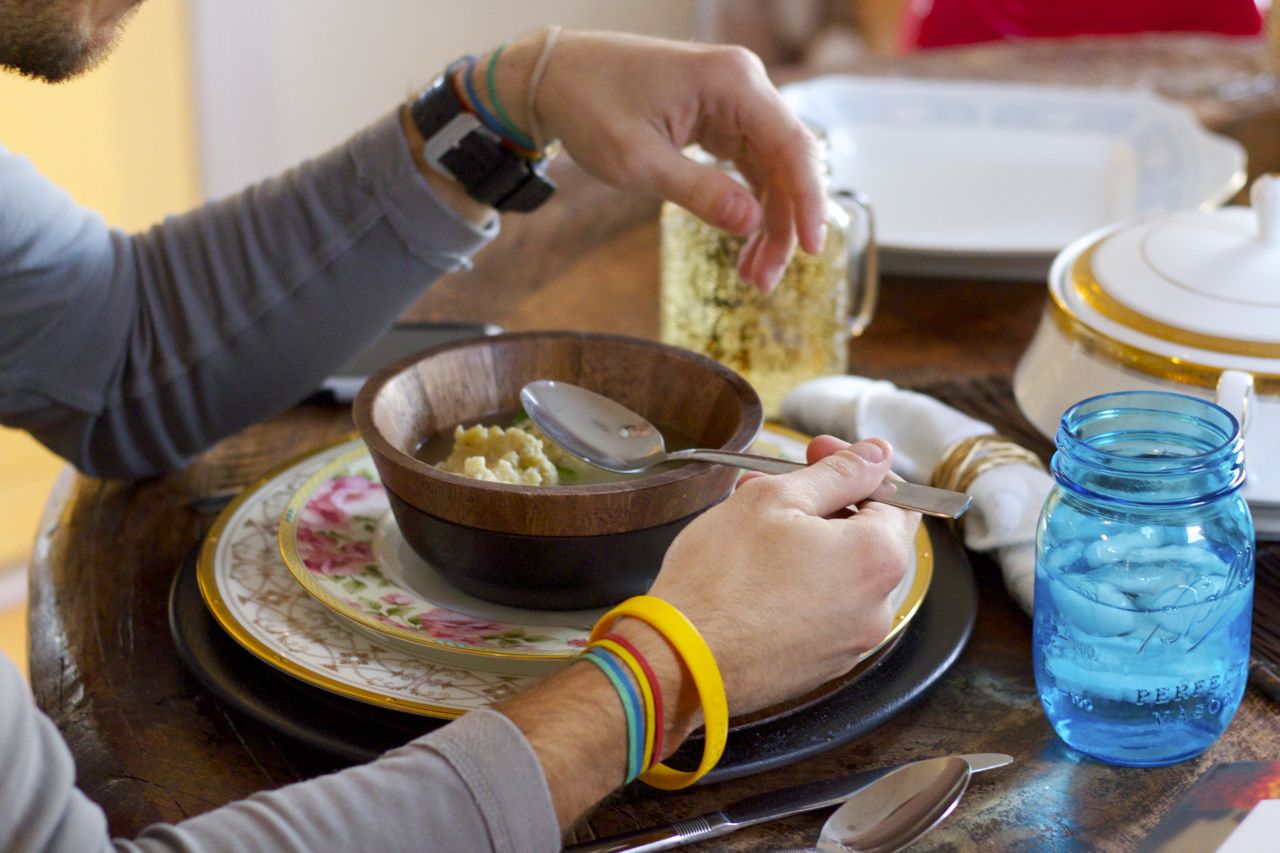 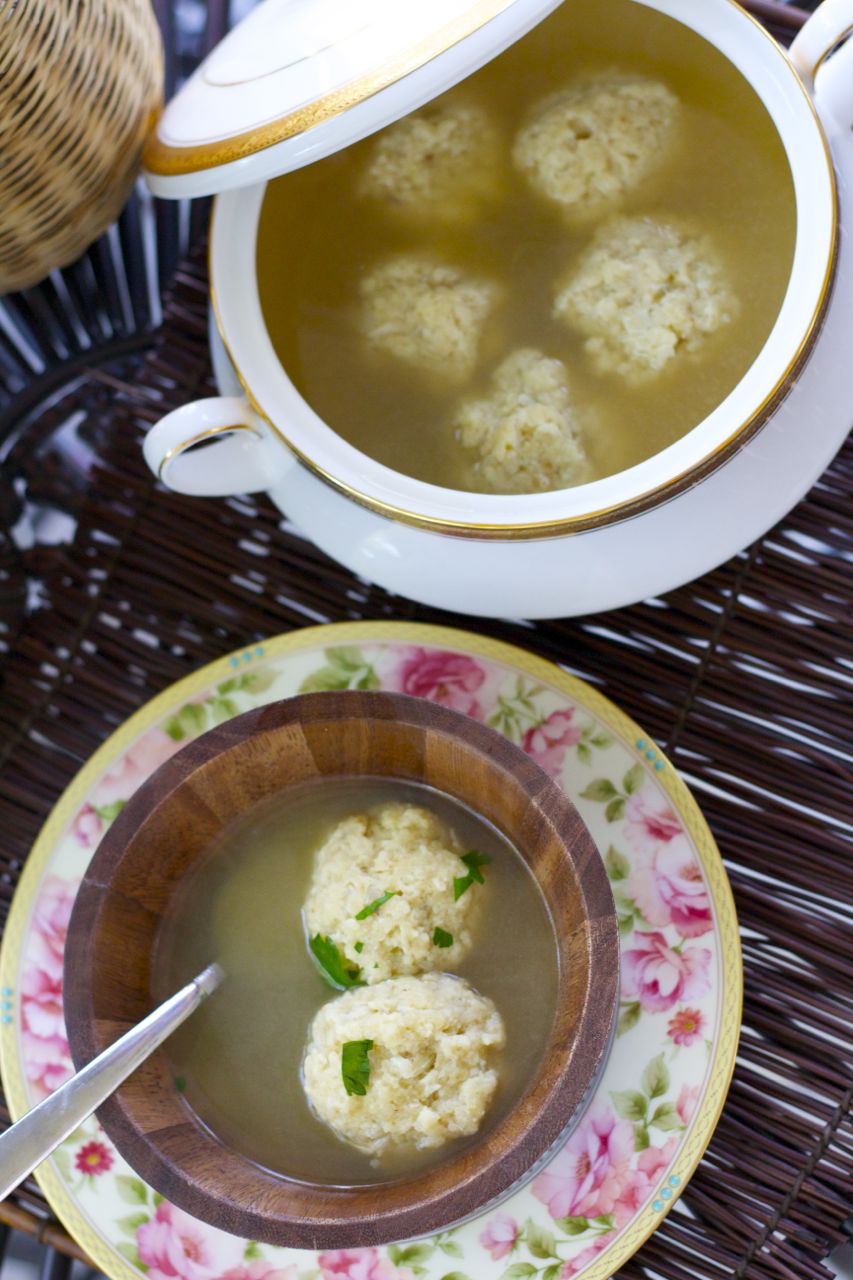