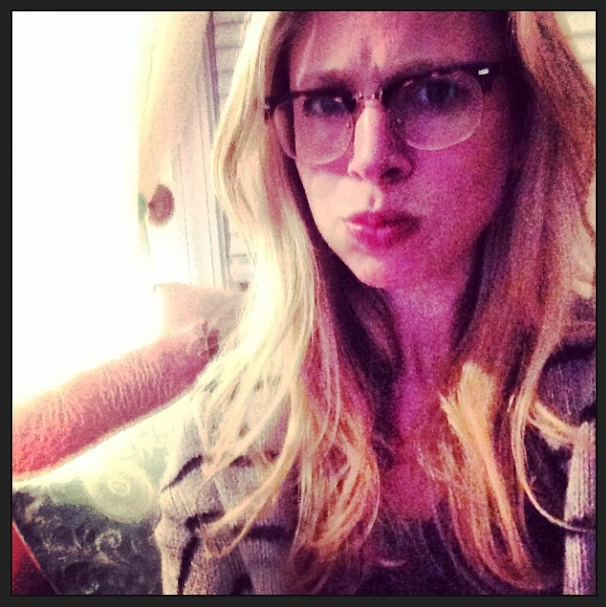 Let me start by saying that I don’t really “do” health-type fads, and certainly not cleanses and/or detoxes, for reasons that I’ve documented extensively here. But I was seeing this “oil pulling” thing everywhere, and finally I had to try it: it sounded so cool, and so satisfying (you can actually see the toxins?!) and didn’t involve not eating, and the benefits that people were saying it had for your body were so tempting that I broke. I just kind of love the idea that something so simple and natural (and cheap!) could have such a hugely beneficial effect, and I also love that it’s totally natural and non-invasive and (according to all the research that I found; see below) ok for people who can’t or don’t use more traditional medications for whatever reason.

Because here’s the thing: I feel like crap lately. In the first trimester, whenever anyone asked me how I was feeling my response was, “Ehhh, you know”, because I was nauseous and tired and all the things you’re “supposed” to be, so I felt justified in a little complaining. But now it’s the second trimester, and I’m getting bored of my own whining, and so now when people ask me how I’m feeling I say “great!”

Even though the real answer is that I don’t. Nothing huge is wrong…it’s just a whole laundry list of little things (fatigue, headachiness in the mornings, a runny nose in the evenings, a random tooth that hurts when I drink cold things but that apparently isn’t a cavity, a persistent cough) that all add up to the fact that I’m obviously run-down. But I’m both pregnant and the mother of a toddler, which means that there’s no real regenerative break on the horizon (our vacation did help). And that’s fine; I can tolerate feeling a little run-down. I can try to go to sleep earlier, eat better, take vitamins. Those things are good.

But if there’s also this other thing that you can do that’s so simple, and that has such a potentially amazing effect on your body and mind and (according to those who love it) literally EVERYTHING…why not do it? I can’t think of a single reason.

Other than, you know…my deep, deep skepticism.

So. Here’s the information I compiled from my extensive Google-sourcing last night (during Bachelor commercials, obviously), in case you’re curious. 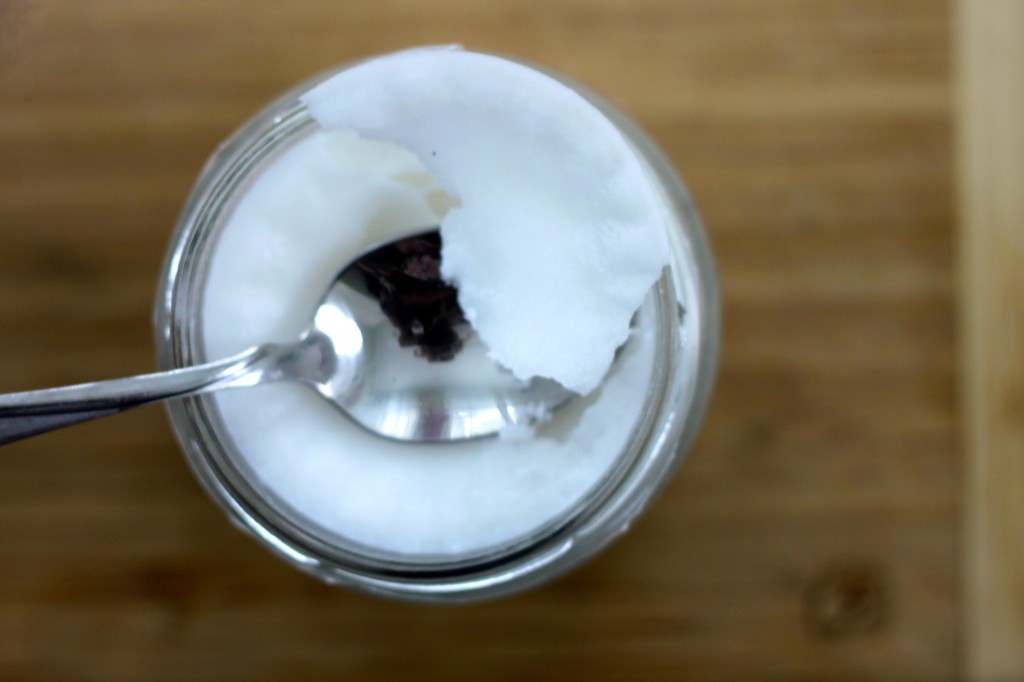 Oil pulling is a traditional Ayurvedic folk remedy that involves swishing around cold-pressed, high-quality oil (sesame, sunflower, olive or coconut) in your mouth to pull out toxins and harmful bacteria. The practice supposedly whitens teeth and helps with everything from oral health (gingivitis, tooth sensitivity, and plaque) to hangovers, insomnia, headaches, skin conditions, arthritis, and every single other thing that could ever possibly be wrong with you. Seriously. (I’m skeptical, too, but see My Two Cents, below.)

How do you do it?

Just take 1-2 tsp oil (I used solid coconut oil and let it liquefy in my mouth before beginning) and swish it around gently for 15-20 minutes. Some people gag or experience cramping in their mouths; I actually found it pretty relaxing so long as I let myself swish gently. The oil gets thicker and turns milky-white (supposedly from the “toxins”) by the time you spit it out (remember to spit it into the trash, and not the drain). Cool.

When do you do it?

It’s recommended that you oil pull first thing in the morning (after drinking a glass of water and before brushing your teeth), but apparently that’s just because it’s easier to remember if you do it right when you wake up. People who get the best effects seem to do it 4-5 times per week.

What happens if you need to swallow?

I totally needed to swallow. Don’t swallow the oil. Especially at the end, when it’s (theoretically) full of toxins. If you need to swallow in the beginning, just do your best to keep the oil in the front of your mouth so it doesn’t go down your throat; the urge should go away after awhile (and you can spit a little out if it’s filling up your mouth too much; I did).

What results will you notice?

Some people say they just notice whiter teeth and less plaque; some say they experience something akin to a detox initially (headaches and such) followed by enormous health benefits.

Can pregnant/breastfeeding women do it?

Apparently, yes – I searched dozens of sites, and found nothing to indicate that this practice is unsafe for pregnant or breastfeeding women. In fact, many sites I found actually recommended the practice as a natural alternative to traditional (a.k.a. pharmaceutical) health solutions that aren’t an option during this time in your life. I had to completely abandon all the medications I was using for my sleep issues (which I think is a good thing overall, because I was getting way too dependent on them), so if this ends up being a natural alternative that I can use both now and in the long-term: GREAT. Oil pulling also (allegedly) helps with morning sickness, fatigue, sleeplessness, and oral health – all common concerns during pregnancy.

All that said, if you’d like to make oil pulling a part of your regular routine and you’re expecting, please check in with your doctor. More safer = more better, right?

Taking a little extra time to pay attention to anything having to do with your health can’t be a bad thing. And I do believe that the mouth is a powerful indicator of overall health (Deepak Chopra himself wrote about the practice and said that the body can be purified and healed through the tongue), so paying extra attention to keeping it in the best possible shape can’t be anything but good for you.

Anyway, I like it. I’d like to keep doing it. I’m going to ask my doctor if that’s cool at my appointment next week.

For more information, check out this Jezebel article on how and why oil pulling works, and this article on Oil Pulling 101. 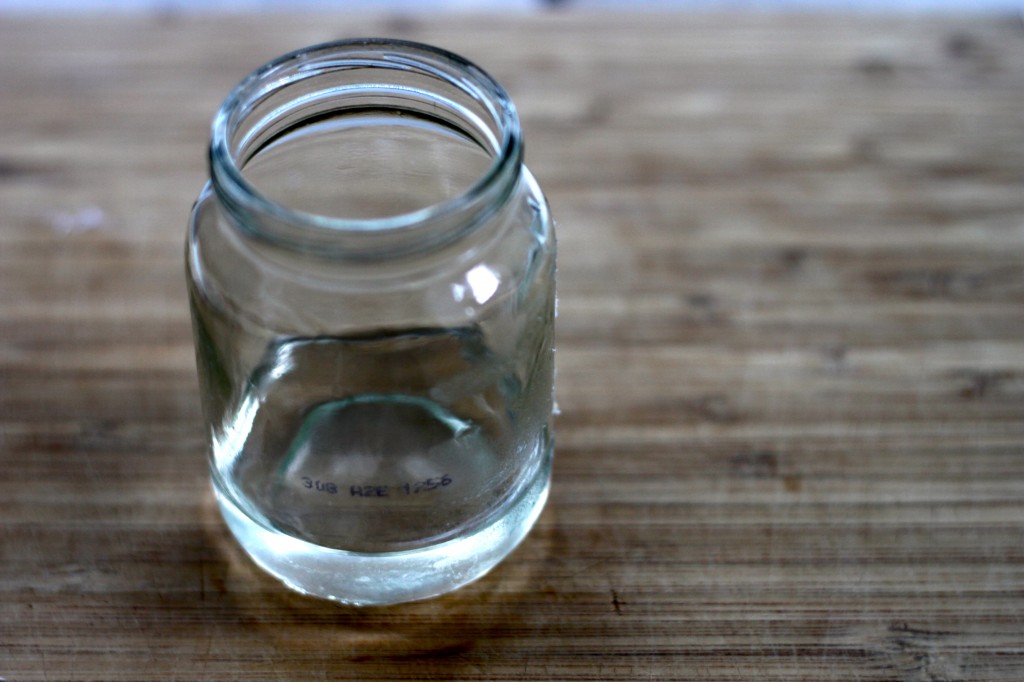