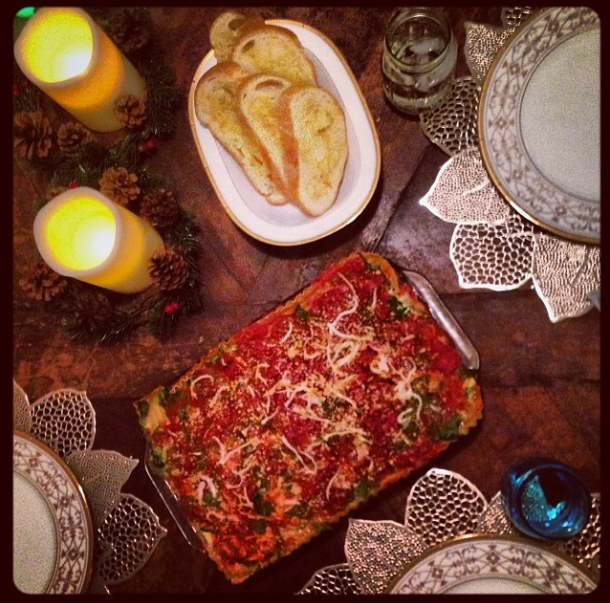 Can’t stop eating this lasagna. (Recipe coming up on RG next week.)

I spent the holidays binge-watching the entirety of Orange Is The New Black. It is so good. I may try to get into Homeland next if I can get past the fact that it looks incredibly boring (I know, I know: it isn’t. It just looks boring). 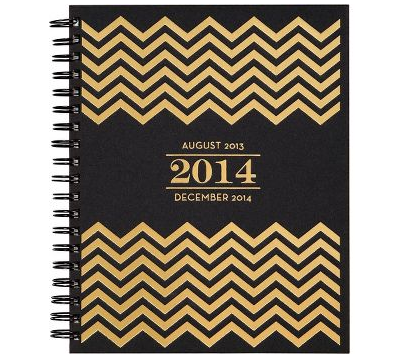 I have recently rediscovered the joy that is an old-school daily planner sitting right there next to your computer with an excellent pen. (This is the planner I bought – pictured above – and it’s perfect.)

Big kisses to Trader Joe for making these, and for thereby making “I want green beans, mama!” a part of my son’s vocabulary.

Cool, so this Vine video (which you should not watch if spiders are especially horrifying to you) just gave me nightmares FOR THE REST OF MY LIFE. 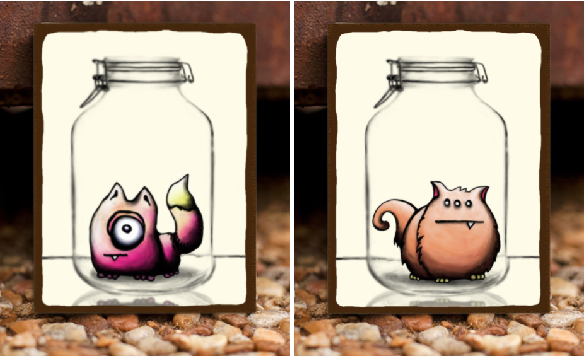 Kendrick tucked these Kudu-Lah characters (little mini paintings of critters inspired by people and animals the artist spots around New York City) into my stocking. Tell me that’s not Lucy and Virgil, right there.

Did you know that in the early 1900s, you could snag two needles, two vials of heroin, and a handy carrying case from the Sears-Roebuck catalog? True story.

These miniature bookshelf necklaces by Erica Gordon (discovered via Olivia’s Tumblr) are too cute.

Yesterday, I went to Costco wearing actual (plaid) pajamas. This makes me both a parody of a tired suburban mother and, for the very first time in my life, a person who is actually prepared for inclement weather (I bought things like batteries and canned soup in case we lost power, which – so far, at least – we haven’t).

Today is a good day for making sick day soup (you don’t need to be sick to enjoy it, but it helps).

These Marc Jacobs aviators are so expensive, and yet so great. 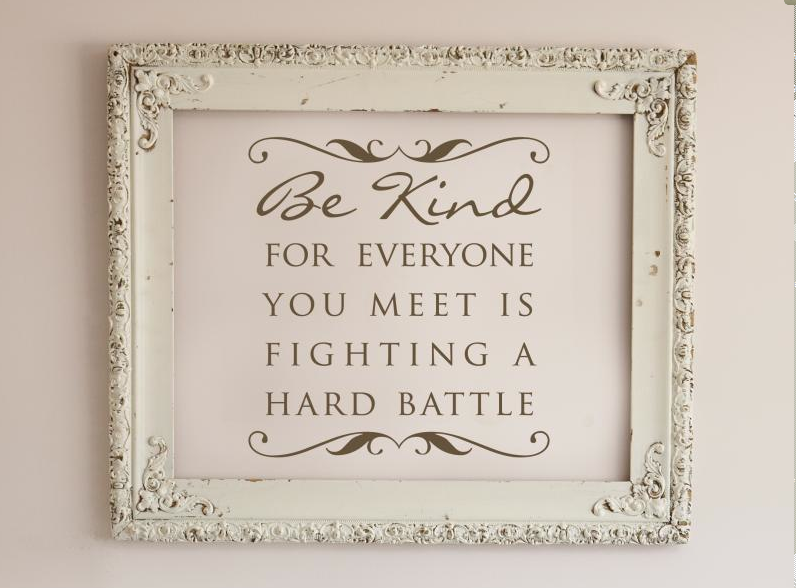 I love this quote. It’s commonly (and probably incorrectly) attributed to Plato, but I first heard of it via Gisele Bundchen in Us Weekly, which I think is kind of an amazing way to find a life motto.

Wearing every day lately: my Amber Kane scarf (use code Ramshackle for 20% off all styles).

Here are 13 Things Not To Say To Your Lesbian Friend (via Cosmopolitan).

All I can think when I look at this ASOS underwear (potentially NSFW) is that it looks really, really difficult to put on.

Apparently a 17-year-old girl tweeted a joke about the earth’s age on New Year’s Eve that went viral…and that resulted in her getting death threats from the Twitterverse. This is terrible, but her reaction – to promote social justice and the causes she cares about, in addition to displaying a killer sense of humor – is phenomenal.