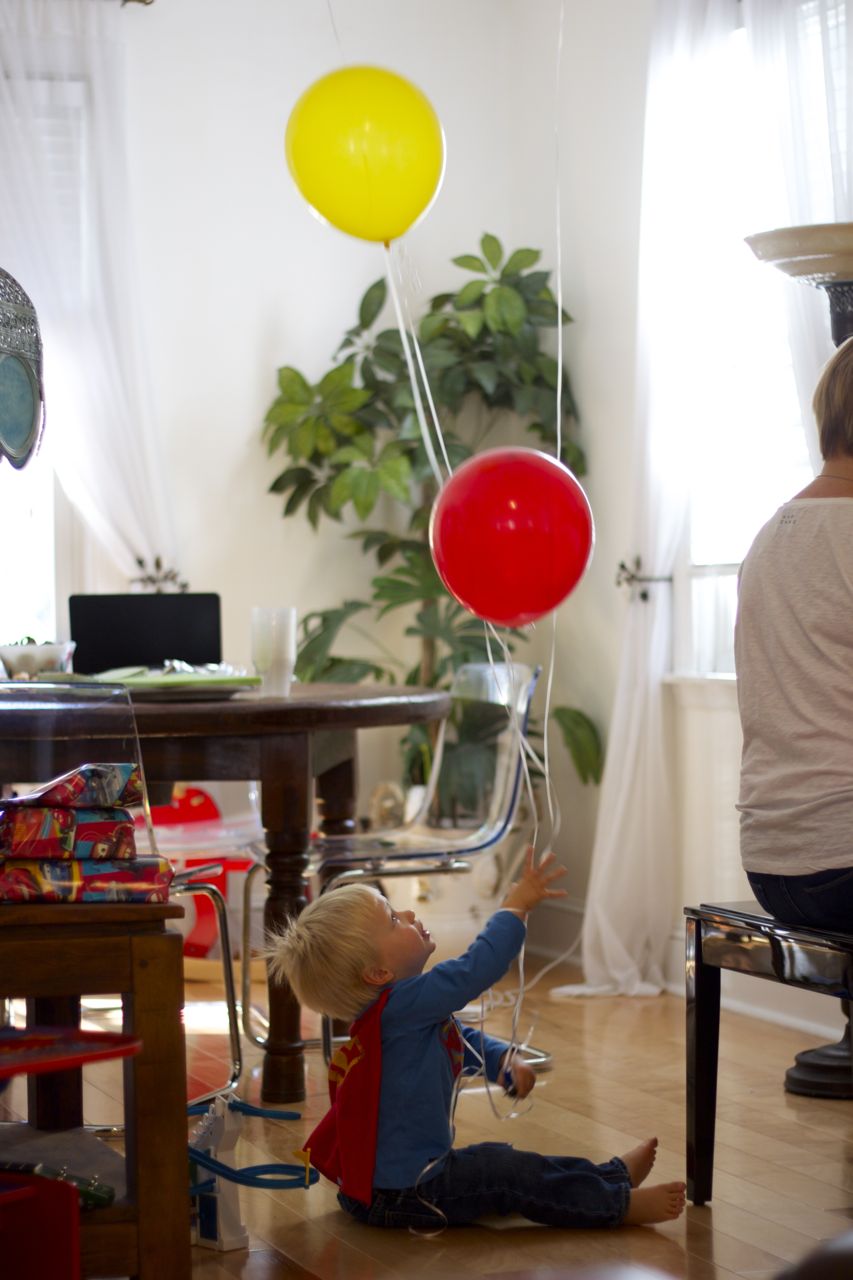 I can hardly believe it.

I was going to get crazy with this birthday – I actually phoned up and reserved a petting zoo before coming to my senses and remembering that my son is two – but decided to keep it simple: close friends and family members, store-bought cupcakes and delivery pizza and homemade angel food cake with chocolate icing (the exact same cake that my mom made for me every birthday when I was a little girl).

Mom and I made the cake together the morning-of, and…well…it didn’t fare so well. It ended up kind of sadly slumping over to one side – but I blame that on the fact that it was created in my kitchen, and my kitchen does not like cakes. 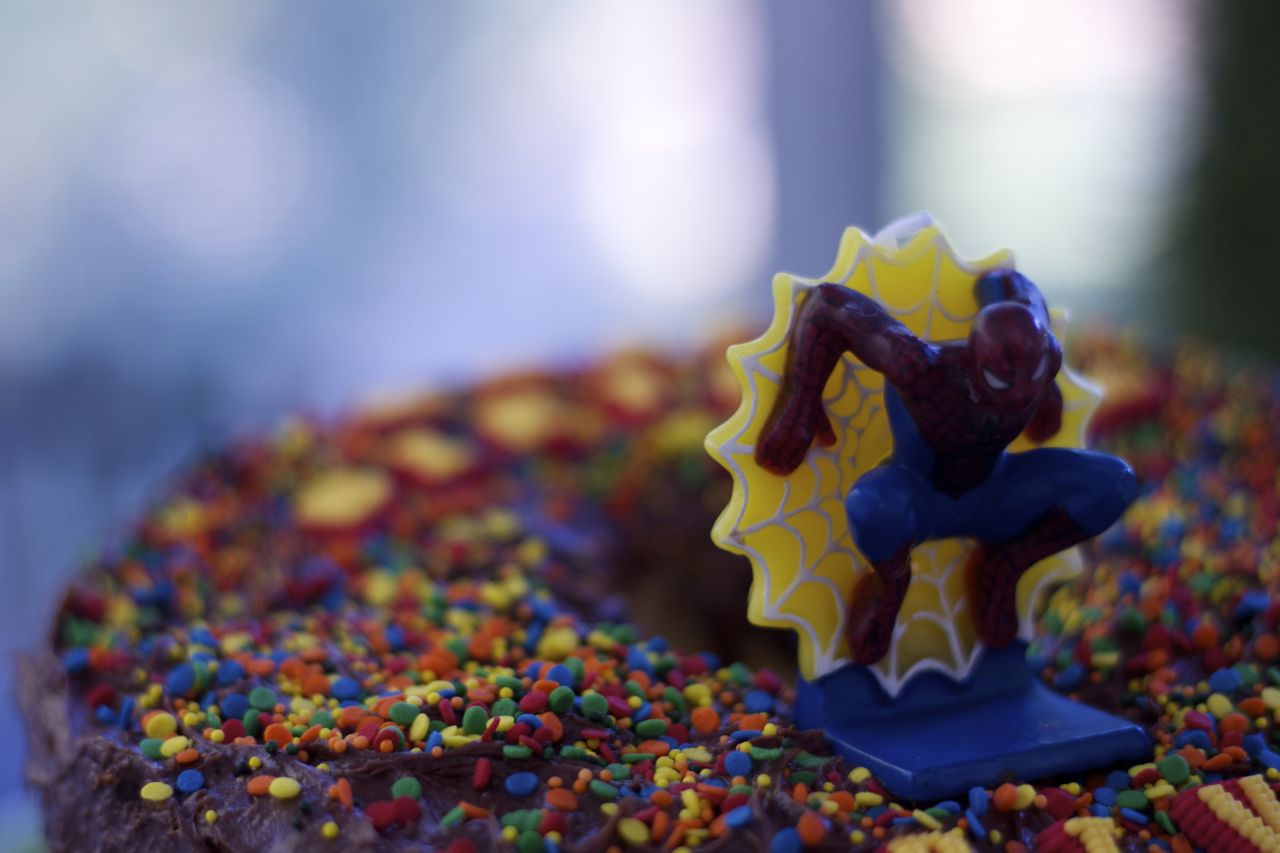 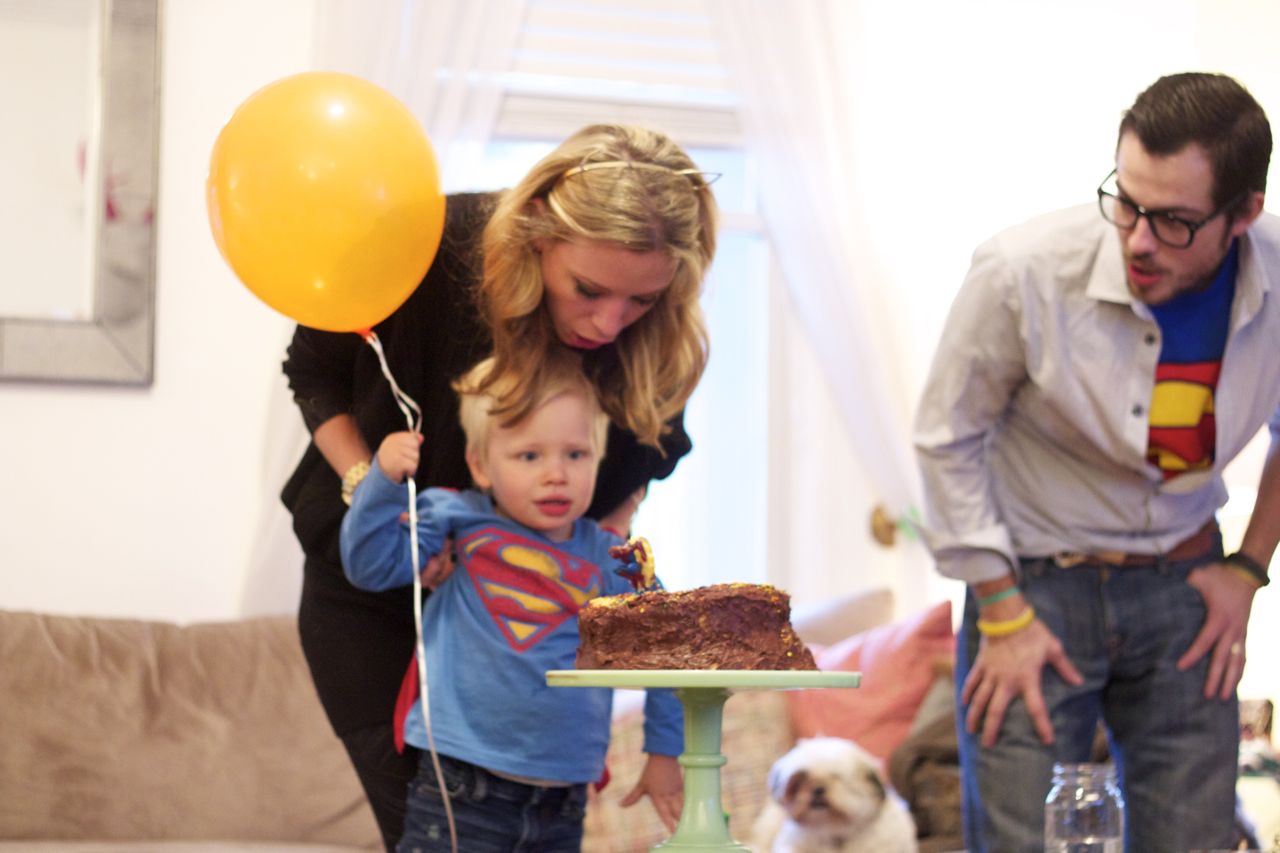 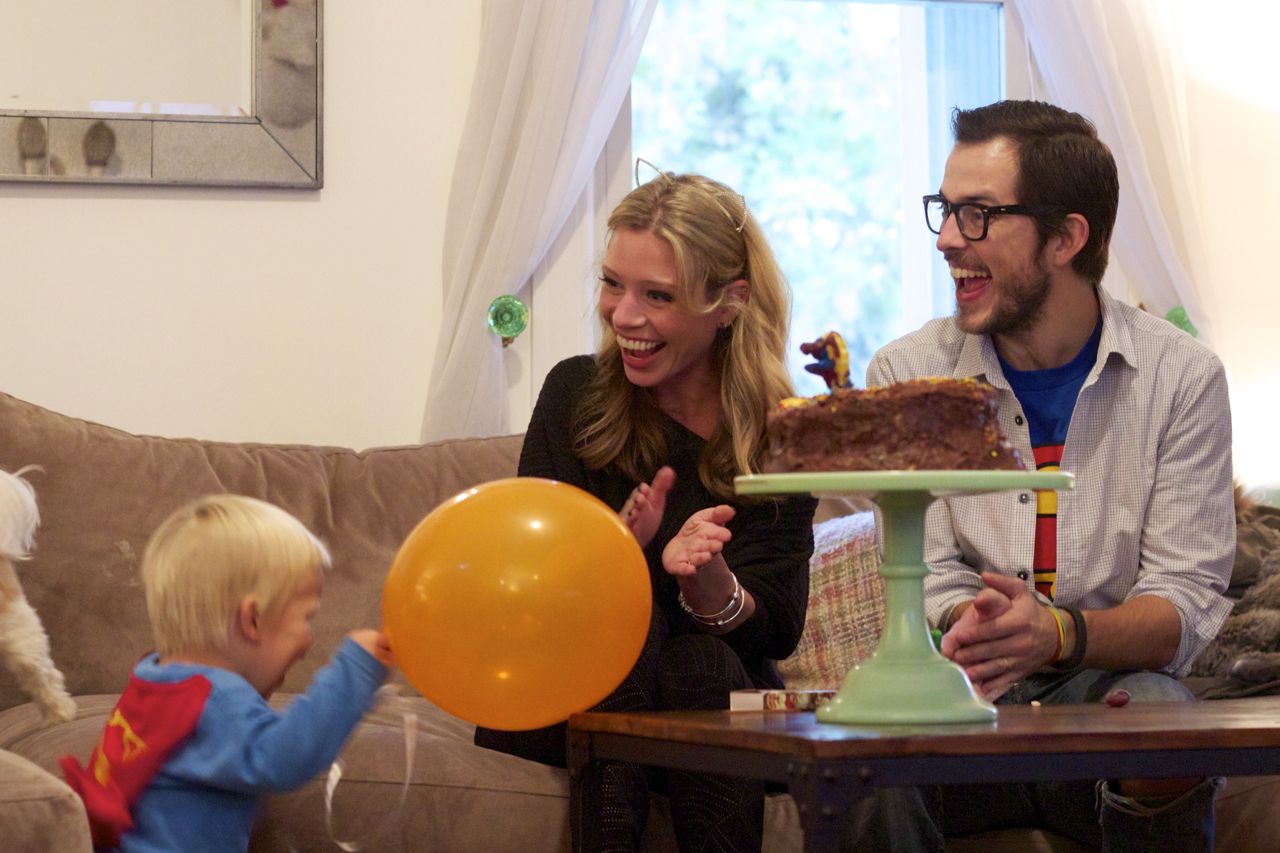 (That’s Superman, Catwoman and Clark Kent, in case you were wondering.) 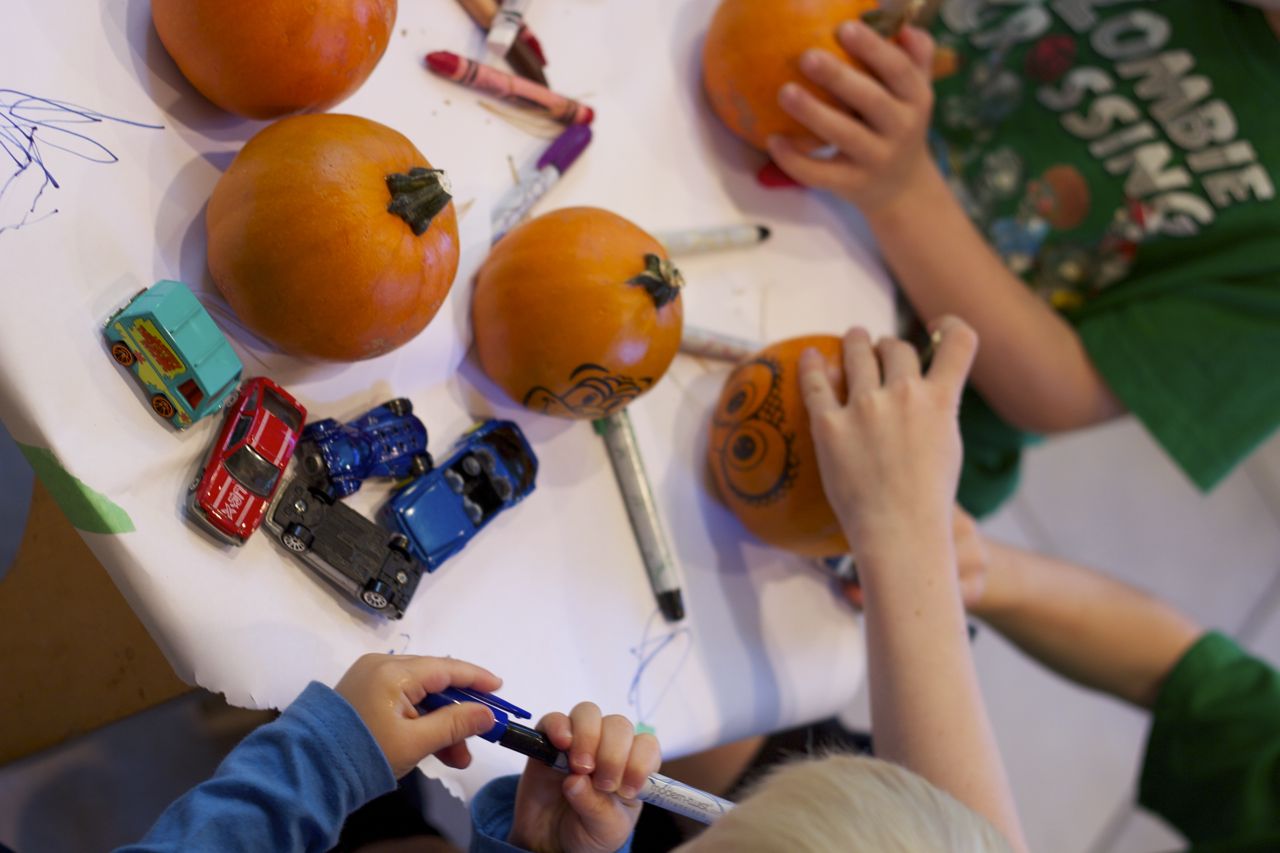 I thought that this pumpkin-decorating table would be one of those things that sounds like a good idea but that no one actually does, but it turned out to be a pretty big hit (we had kids ranging in age from 1 1/2 to 7, and every one of them was into it). 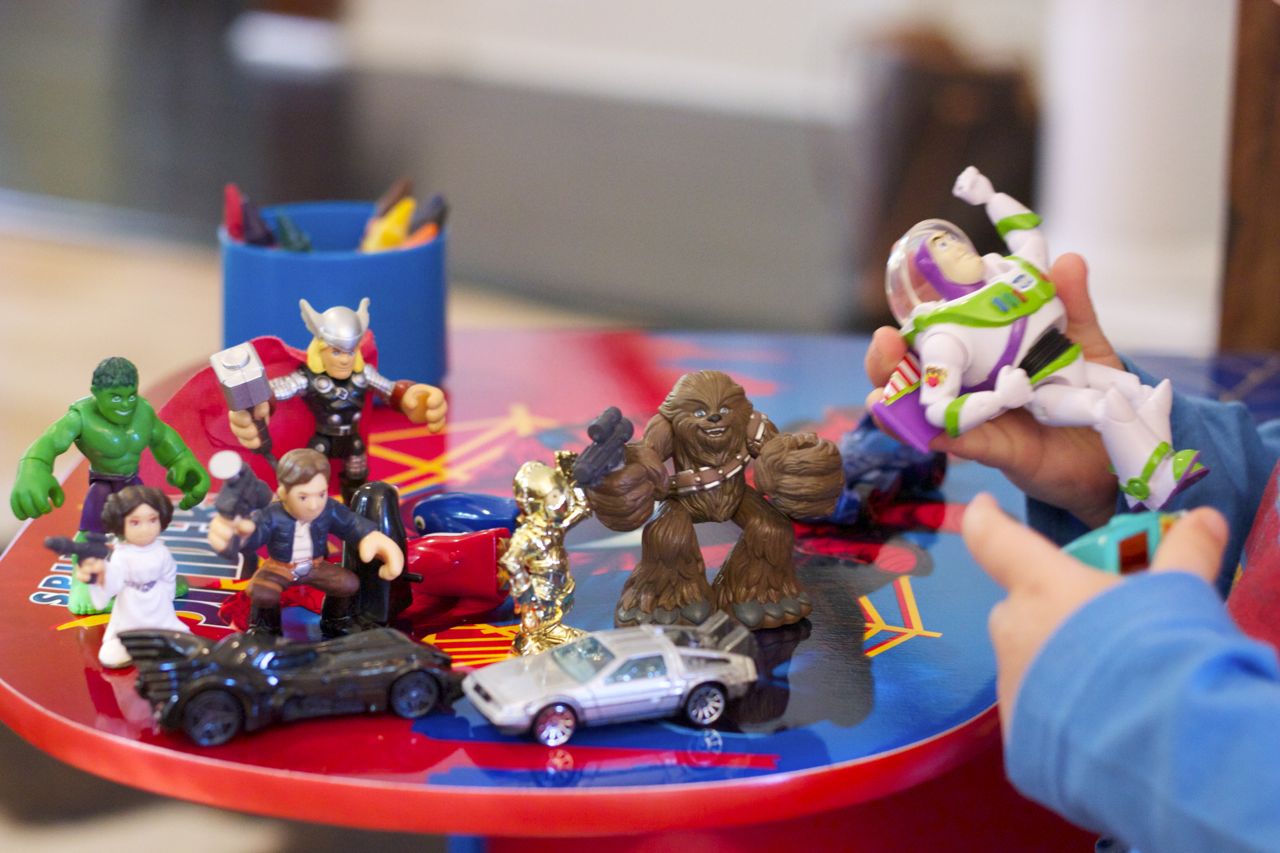 Kendrick went a little crazy with the souvenirs from Comic-Con this year. The big present from Mom and Dad: this Spiderman activity desk (in keeping with the superhero theme). 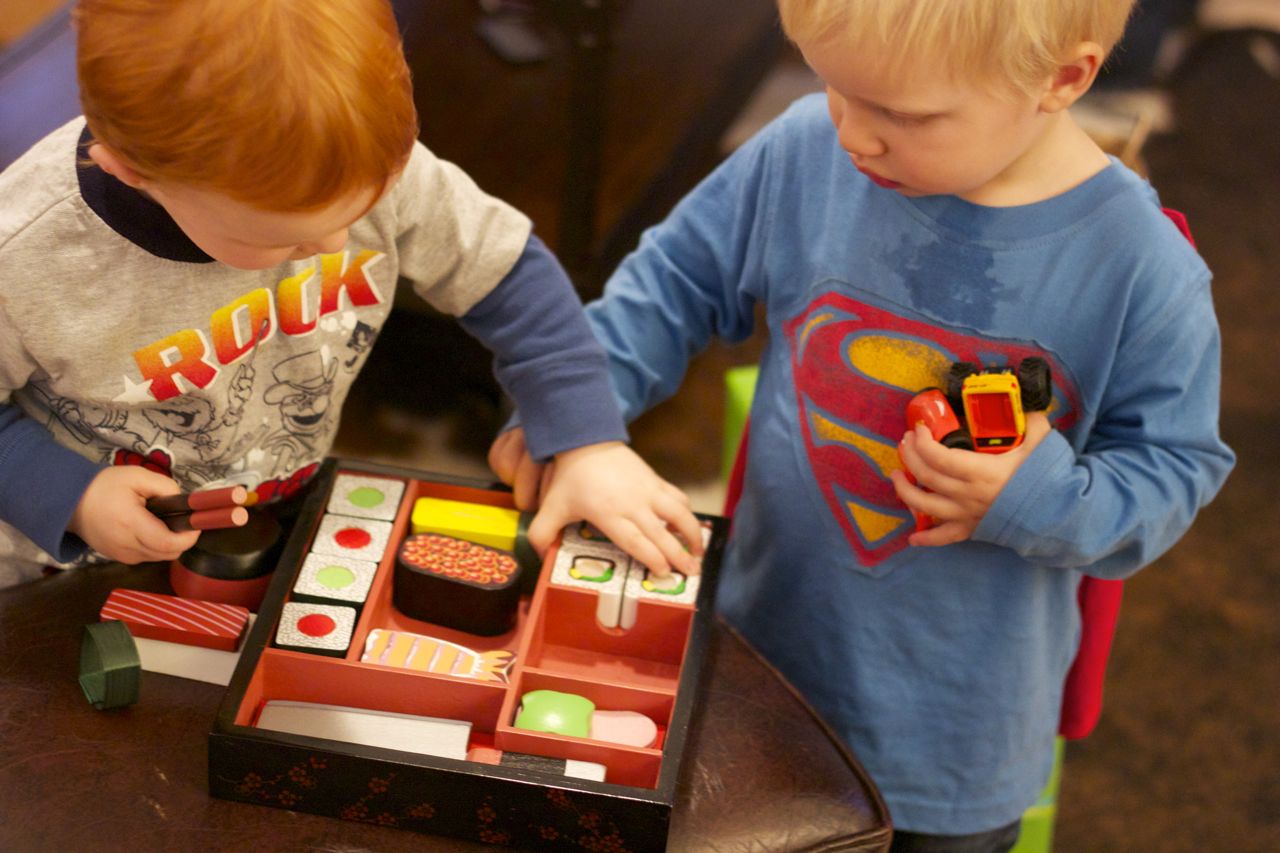 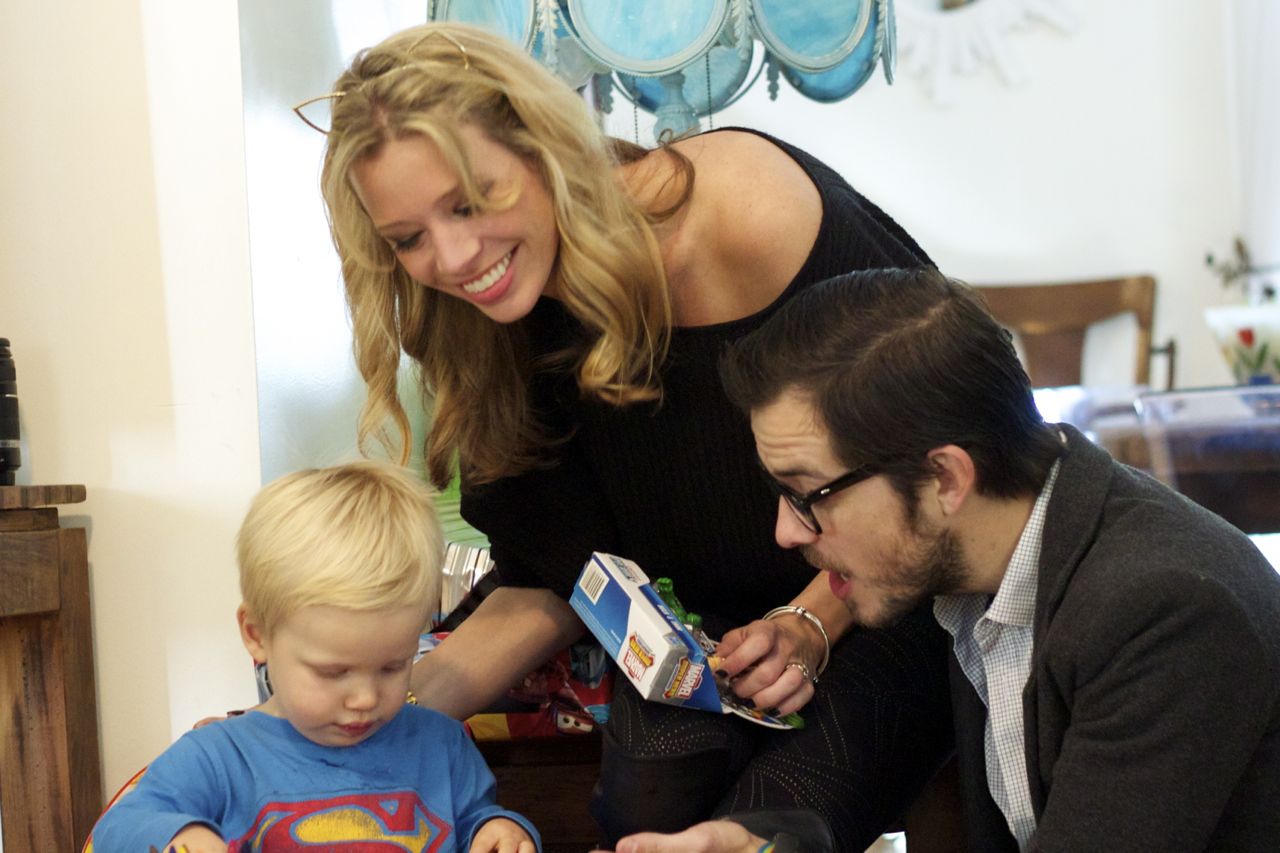 At the end of the day – just like last year – I cried. Everyone had gone home, the cake was eaten, and my son was sitting on the floor in ecstasy, playing with his new remote-controlled schoolbus, and I felt dizzy, heartbroken, like it was over and gone too quickly. Which it wasn’t, of course – it really was more of a “birthday weekend” than a “birthday day”, but still:

I would live in these moments forever if I could.

Watching my own son growing and changing and hitting these major milestones is like an amped-up version of how I felt every time I had a birthday – or a Christmas, or any special day – when I was a kid and it came to an end: wait, no, I wasn’t ready for it to be done yet.

After Indy went to bed Kendrick and I laid down on the couch to talk about the party, and I thought about the moment that I brought out the cake: he was so excited he jumped around, and then got kind of shy about all the people looking at him and just stood there and grinned at us. I wanted to see that again, so I could really take it in and remember it, imprint that moment when my son was so happy he could hardly stand still on my mind’s eye in permanent pen. Not think about whether the candle was lit or the cake was sliding off the plate or whether we had enough plates and forks for everyone…just see him.

I looked through the photos of the day – not so many, really; I wanted so badly to be present and there and not hidden behind a camera lens – but the only one we have of him watching his cake come out is out-of-focus; you can barely even see him.

And then I realized that this photo, more than any other, summed up what my son looked like all day long: so excited that he was one big happy blur.

And so, come to think of it… 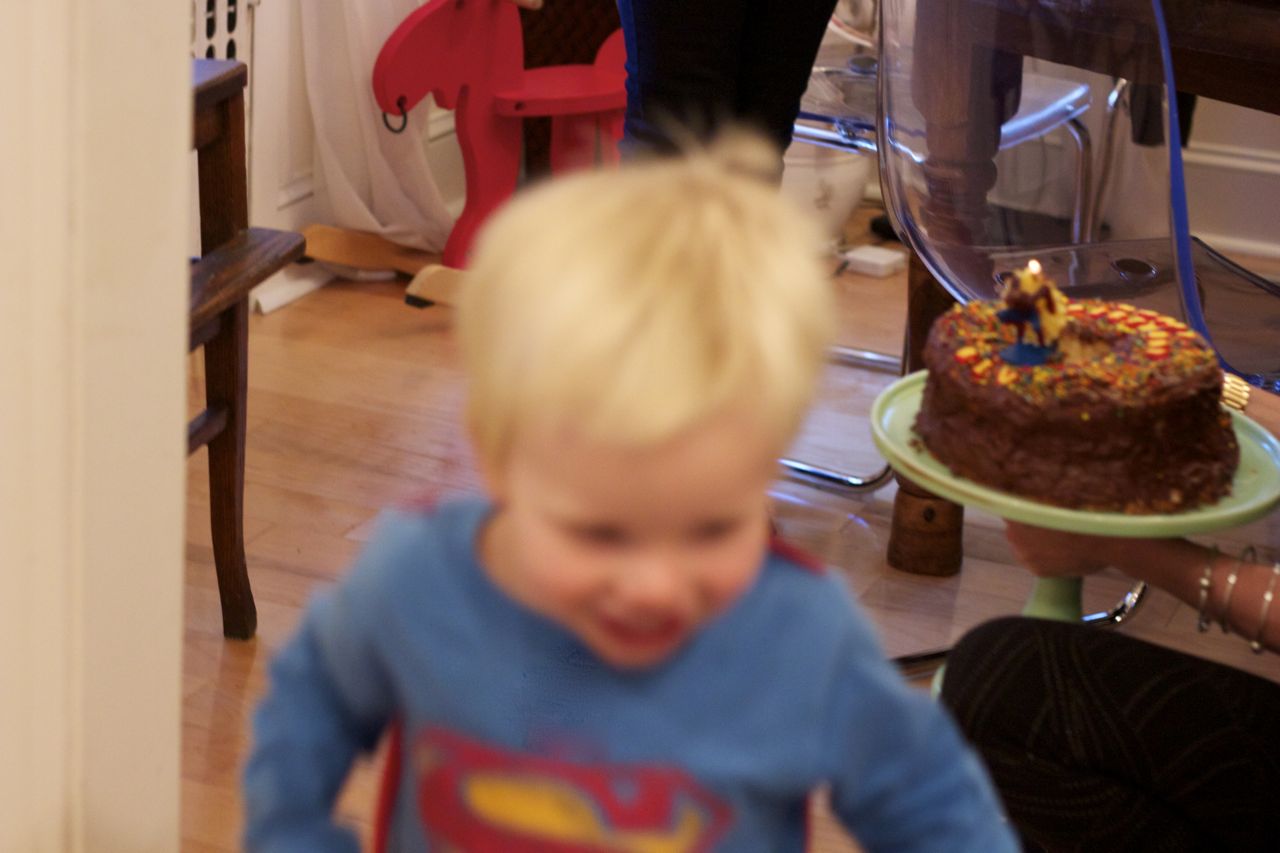 It’s my favorite one of all.