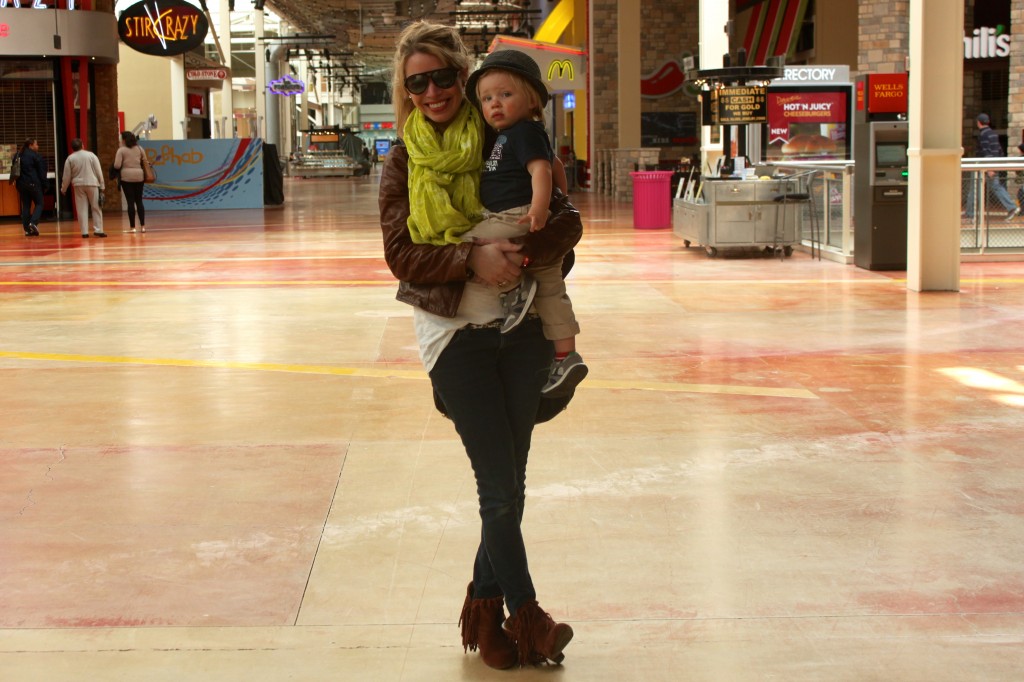 Look at that little man.

Just rambling through the mall, all cool and grown-up and like ain’t nothing gonna faze him.

The kind of guy who could just mosey on into a 10AM matinee of The Croods – no biggie – and just sit there, chilling in his seat with his popcorn, for the full one hour and thirty-one minutes. 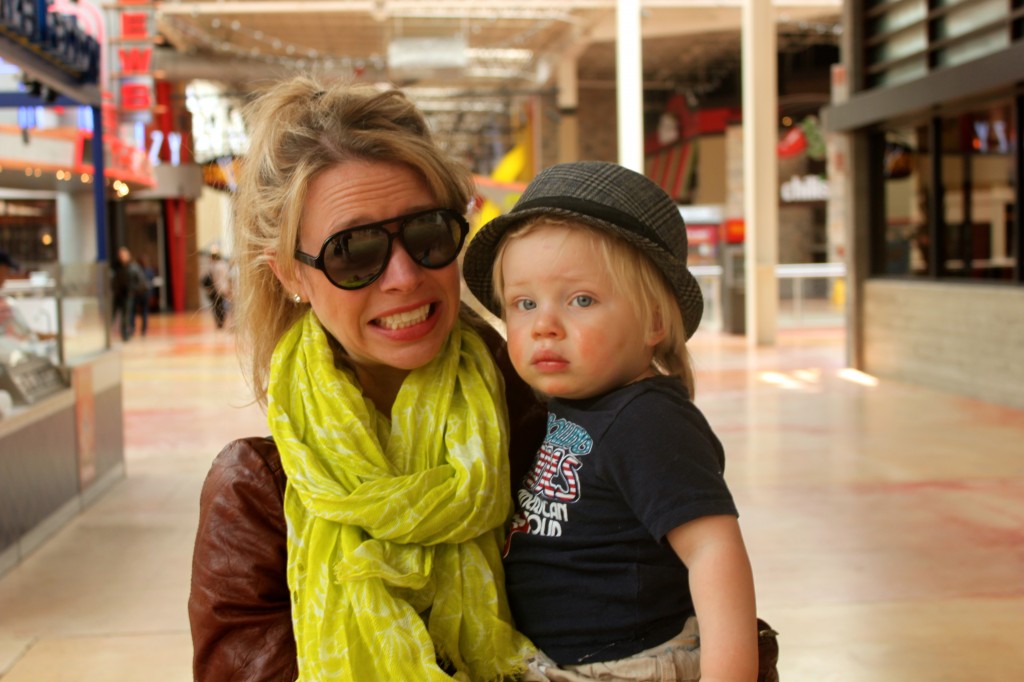 So here’s how our little Family Movie #1 Experiment went: we arrived at the theater perfectly on time, armed with snacks (so many snacks) and an emergency escape plan. 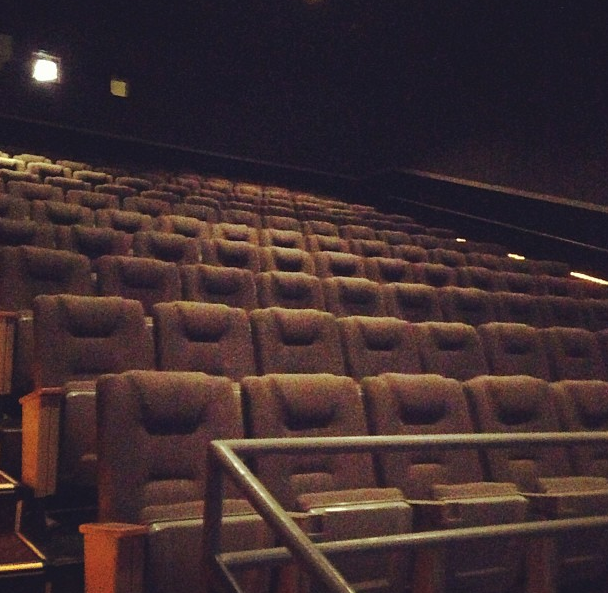 When we walked in, this is what we saw. This is a very, very good thing to see when attempting to do anything that involves a toddler who has been asked to remain still and attentive for upwards of twenty-five seconds. 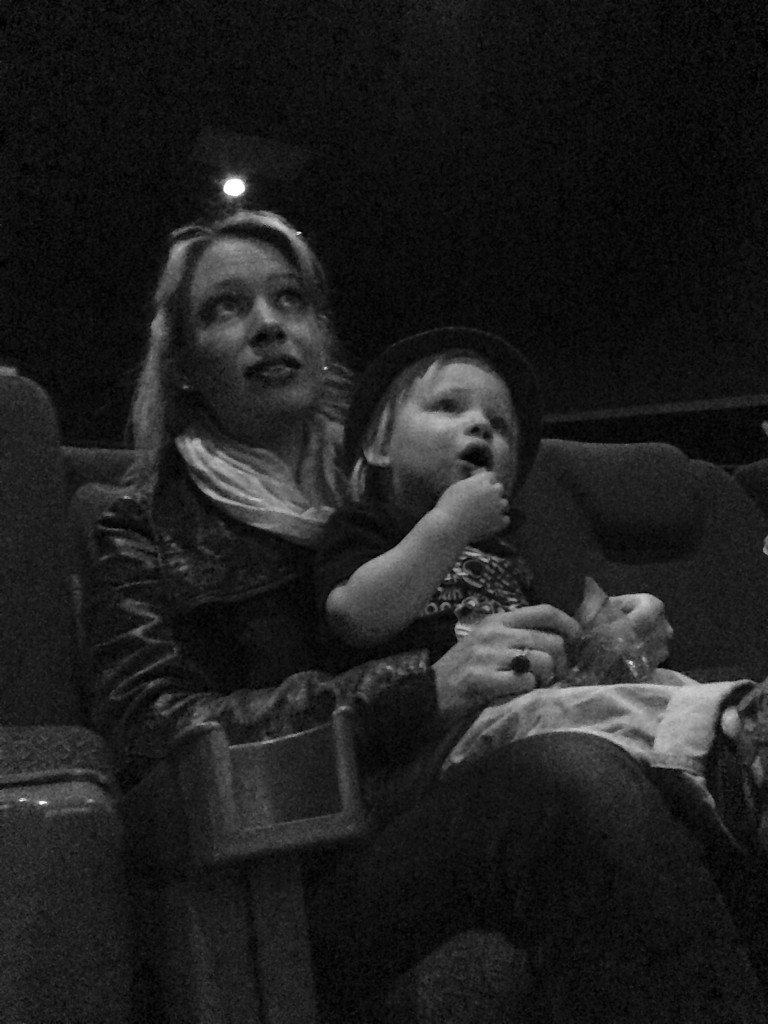 And the problem wasn’t the movie, actually: granted, every single snack was MIA (either In Mouth or On Floor) before the previews even ended, but still: Indy seemed to actually really love it (mouth-open-in-awe, that kind of thing). And Kendrick and I each loved the half of the movie that we saw (we alternated accompanying our son on the occasional mid-film journey around the apparently very, very extremely exciting main floor of the movie theater).

Let me break it down for you: small children are very special, unique creatures. They are so very special and unique, in fact, that two small children of identical age can resemble each other in so few ways that you would be hard-pressed to identify them as two members of the same species. One may be very, very good at some things – body part identification, for example, or strawberry-eating – and maybe less-good at others…like falling asleep anywhere that doesn’t involve a highly specific combination of bed/pacifier/sound machine/11AM ON THE DOT.

Our plan, you see, was that the second half of the movie would coincide with a sleepy-ish, just-about-ready-for-a-nap baby who would snuggle up adorably against his loving parents, and then, in a turn of events that would have had absolutely no precedence in history but hey, we’re optimists, would have fallen fast asleep and allowed said parents half an hour or so of peaceful popcorn-eating.

What happened instead was a kind of mid-mall full-body meltdown, complete with Ikea-style planking.

And then, because planking is tiring, he actually did pass out.

And then woke up again, fifteen minutes later, when there was a shift in the ambient sound so slight that only our son and a dog with truly spectacular hearing would have been able to detect it.