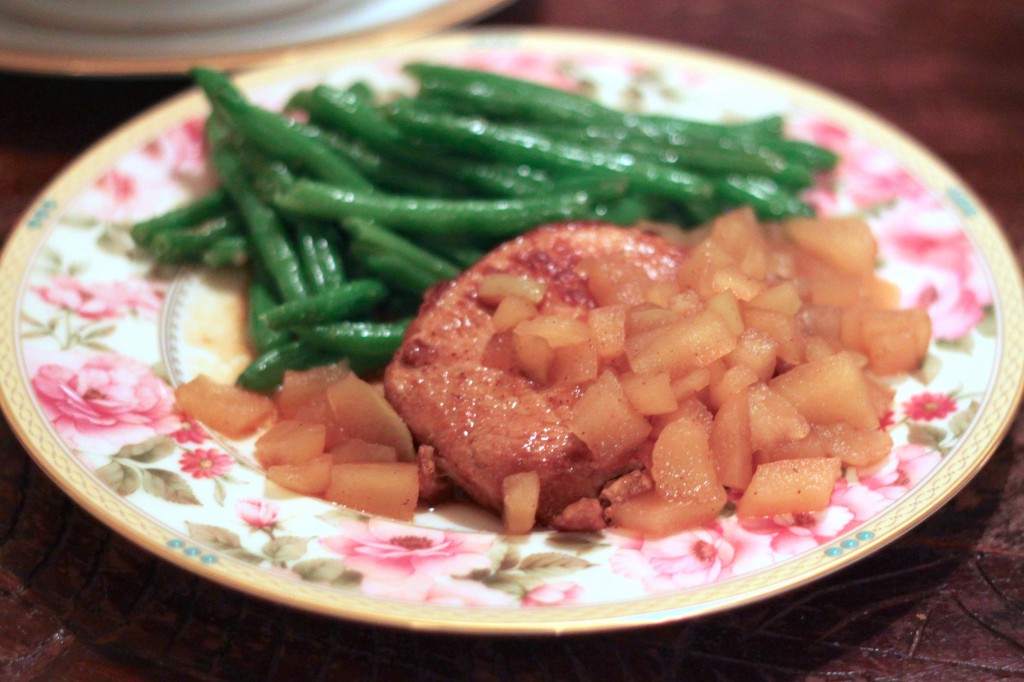 I’ve never been that into pork chops – they’re just a little “blah” for me. I do love my Apple & Mushroom Pork Medallions recipe…but it’s a touch labor-intensive for a weeknight dinner, what with all the marinating and such. But we’ve been eating a ton of chicken and steak lately, and the other night I got to thinking I wanted to mix it up…and remembered my mom’s pork chops from when I was growing up: they were super-straightforward, just seasoned and topped with jarred applesauce, and they were delicious.

And so I made a Jordan-ized version. (Even Kendrick, who agrees with me on the “pork chops are blah” thing, said he’d like them to go into the steady rotation.)

PORK CHOPS WITH HOMEMADE APPLESAUCE (serves 2; based on this recipe) 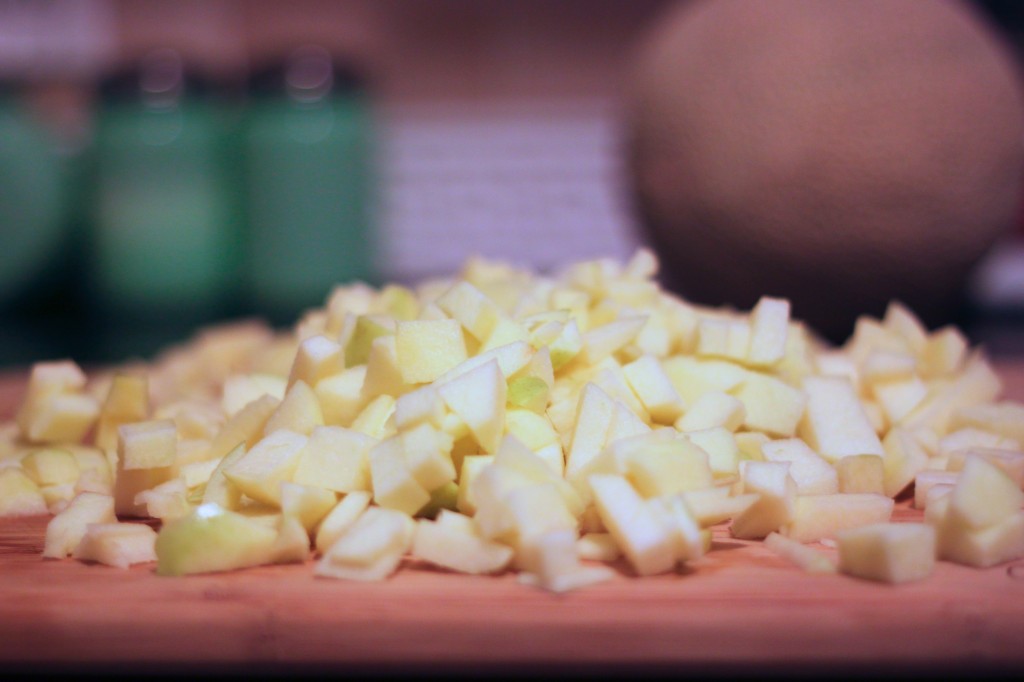 1. First, peel and chop the apples. This part is kind of a pain (the rest isn’t, I promise). 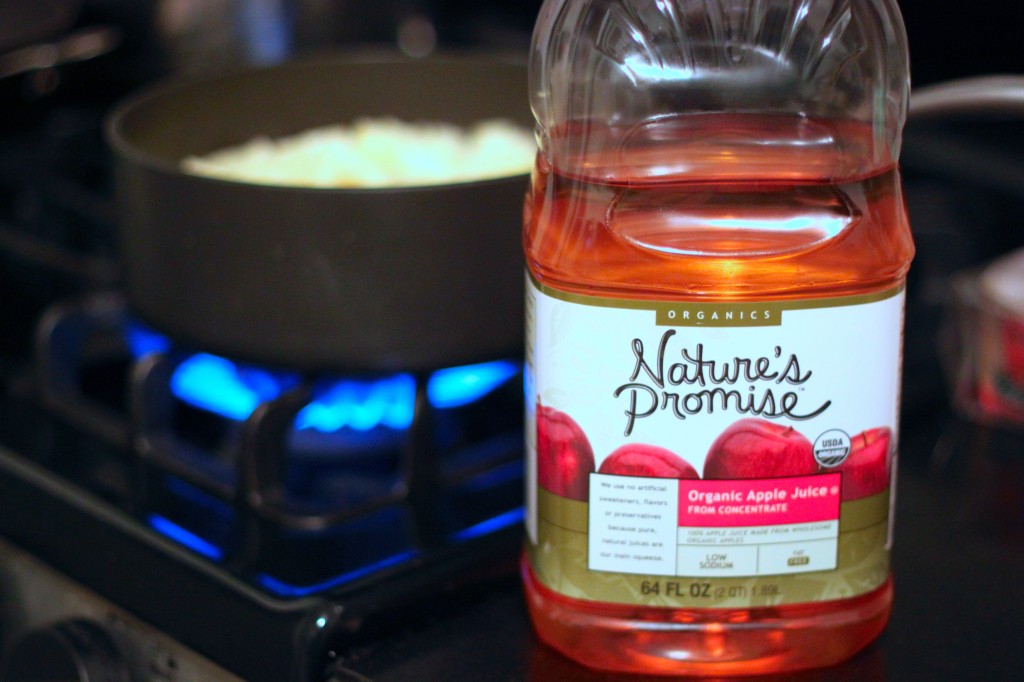 2. Throw the apples into a heavy-bottomed saucepan over medium-high heat along with the lemon juice, brown sugar, apple juice, and cinnamon. Cook about 10 minutes, until the apples are tender and a sauce has formed (it’s OK if it looks like it’s bubbling; you can reduce the heat to stop the sauce from splattering but you don’t want to turn it down too low). 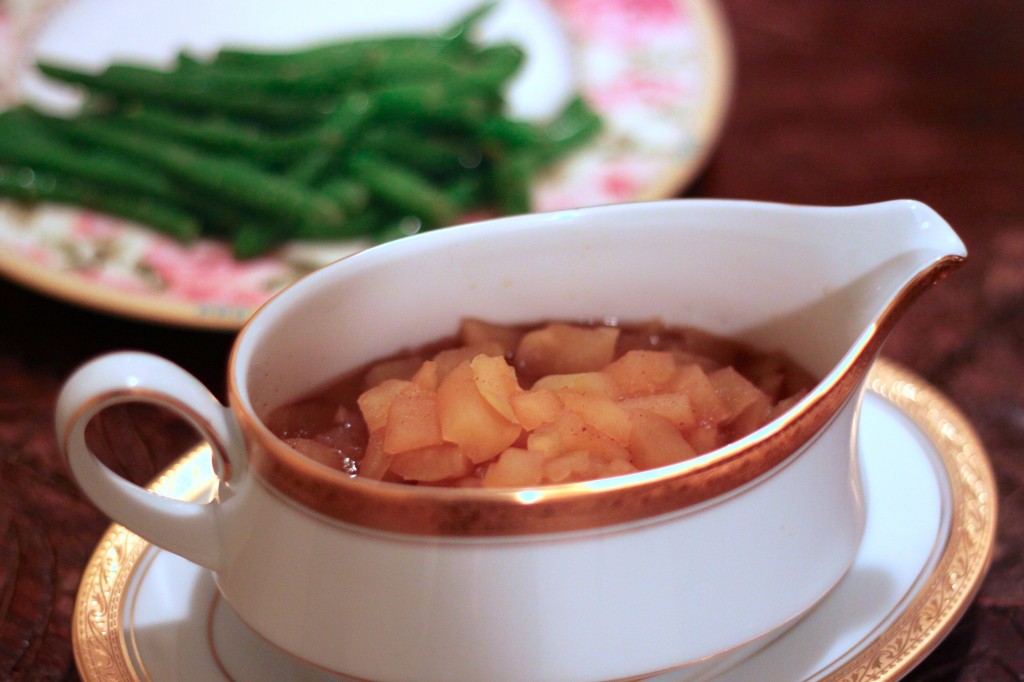 Note: What you’ll get at the end of this is a very chunky sauce (pictured above), so if you’d like it a bit smoother just puree half of the batch in a blender and then mix it back into the non-pureed half (thanks for the tip, Alejandra!).

3. Heat a couple of tablespoons of olive oil in another pan over medium-high heat. Season your pork chops well with salt (and pepper, if you like) and add them to the pan. Cook about 9-10 minutes, turning the chops every so often, until they’re cooked through (check to see if the juices run clear). Remove the chops to a plate to let them rest.

4. Deglaze the pan that you cooked the chops in by adding a splash of apple juice and the butter to the pan, and then pour the pan sauce over the chops. 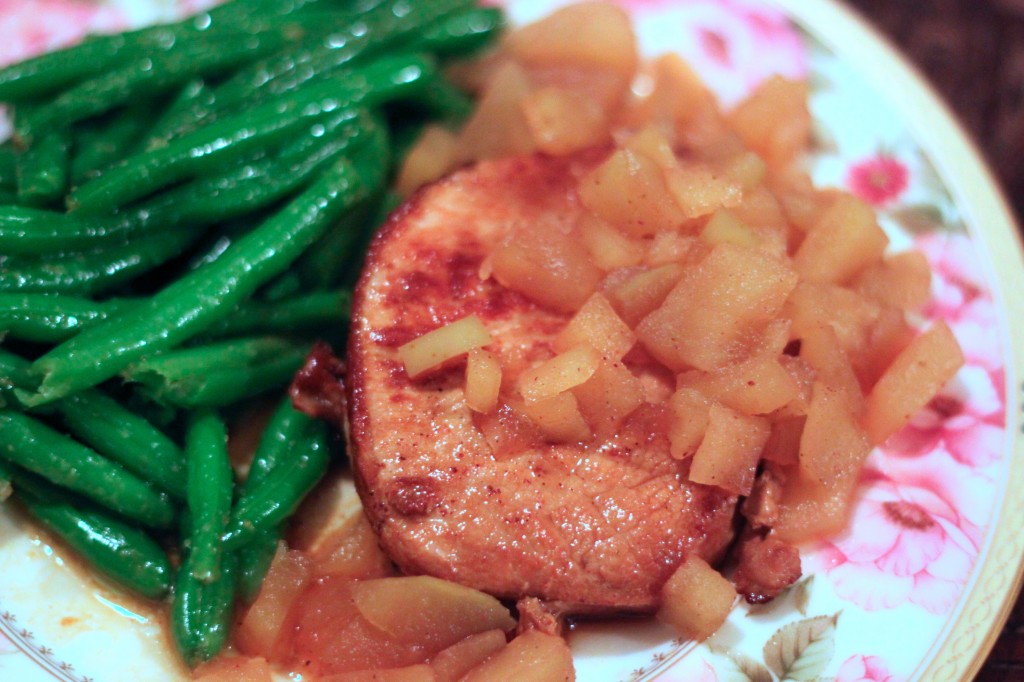