Meet The Very Best Couch In The World 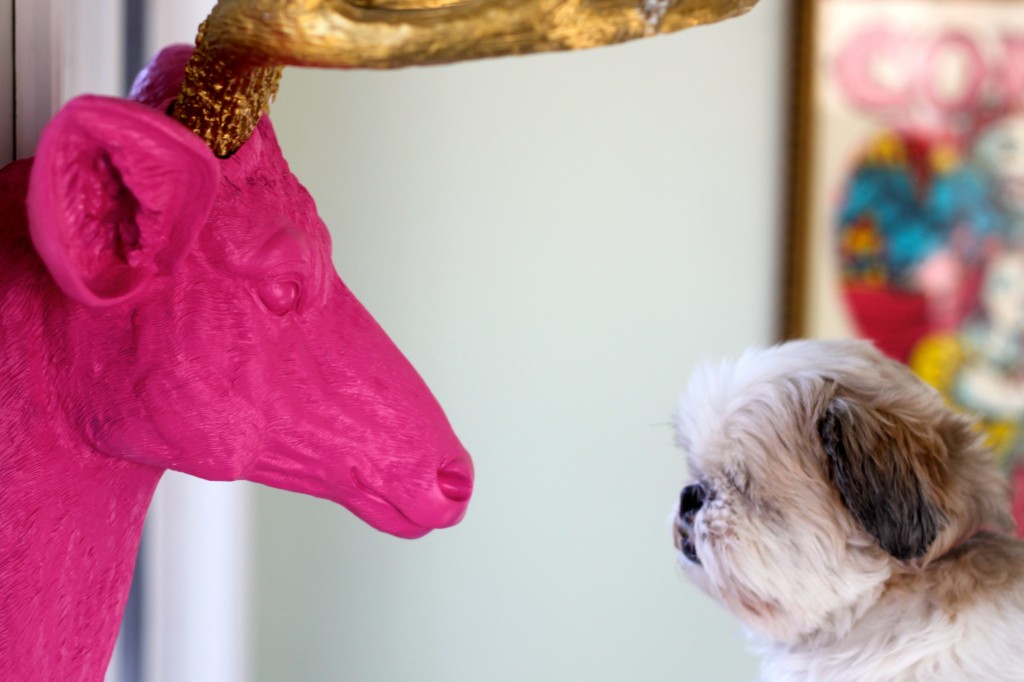 We started Saturday off right, with a morning playroom session and American Flag pants…

…then spent the next few hours hanging around the house waiting for our new, Texas-sized sofa to arrive and introducing Lucy to the local wildlife. 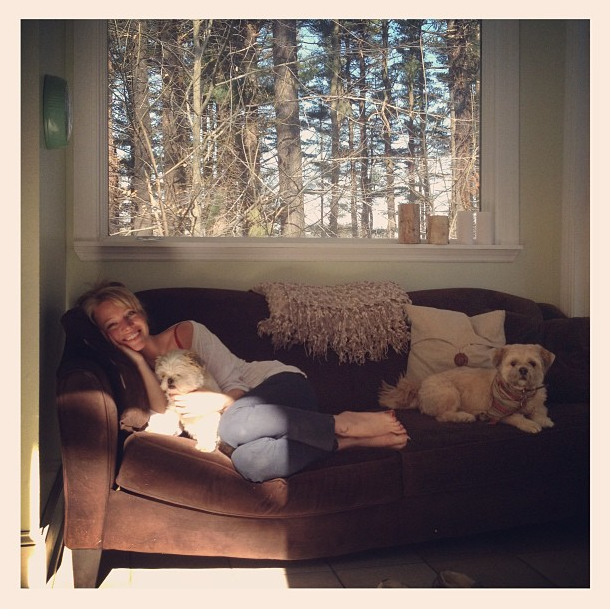 That’s our old Pier 1 sofa, which was just way too small for our living room and family size (two adults, one baby, and two dogs make for a very packed seating arrangement on that thing). The original plan was to sell it on CraigsList…but while we were carrying the sofa through the sunroom out to Kendrick’s studio to store it, I thought: hold up a minute. We turned the sofa sideways, slid it into the space just under the picture window, and boom: despite the fact that my tape measurer had told me otherwise, it fit perfectly.

(Yeah, it’s bowed. I’ll have to figure something out to fix that.)

I spent the rest of the morning sitting in that exact spot, drinking coffee and doing a little singing.

Around three, my parents arrived… 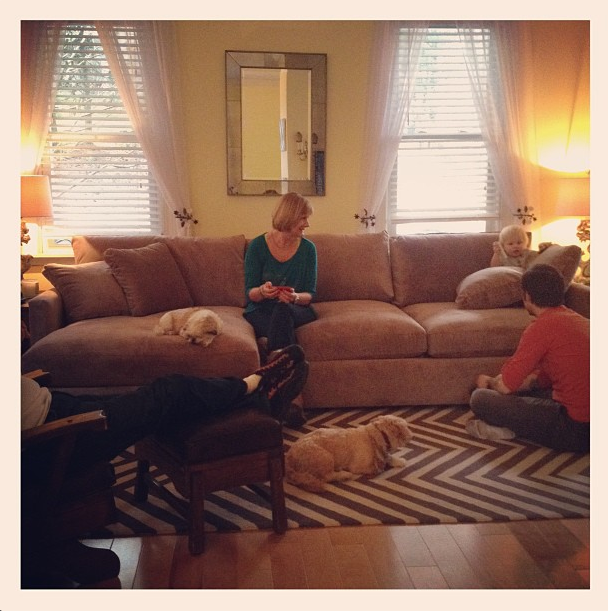 And so did our new couch.

(For those of you who emailed me to ask, the couch we chose is this one in the “Taupe” color. It’s about twenty times more expensive than any other piece of furniture I have ever bought in my life, and it is worth every penny.)

The fact that a couch gets me as atwitter as it does makes me feel slightly ancient and extremely boring, but I am not exaggerating when I say that it’s up there in the most exciting purchases I have ever made. I admit it: I have a minor couch fixation that borders on the weird. I mean, in the past four years, we’ve gone through four different sofas (two were hand-me-downs, one was a CraigsList find, and one was the Pier 1 sofa that now resides in our sunroom, so my indecision has been more “inconvenient” than “bank-breaking”…but still: weird). Honestly, though, it’s just because our living arrangement (New York City apartment) and the couch I have spent years and years lusting after (boat-sized) just didn’t work together.

I mean, I used to visit friends who lived in places that weren’t New York City apartments and get all misty-eyed about the fact that they could actually watch TV while fully reclined and in the company of another human being who was also fully reclined. 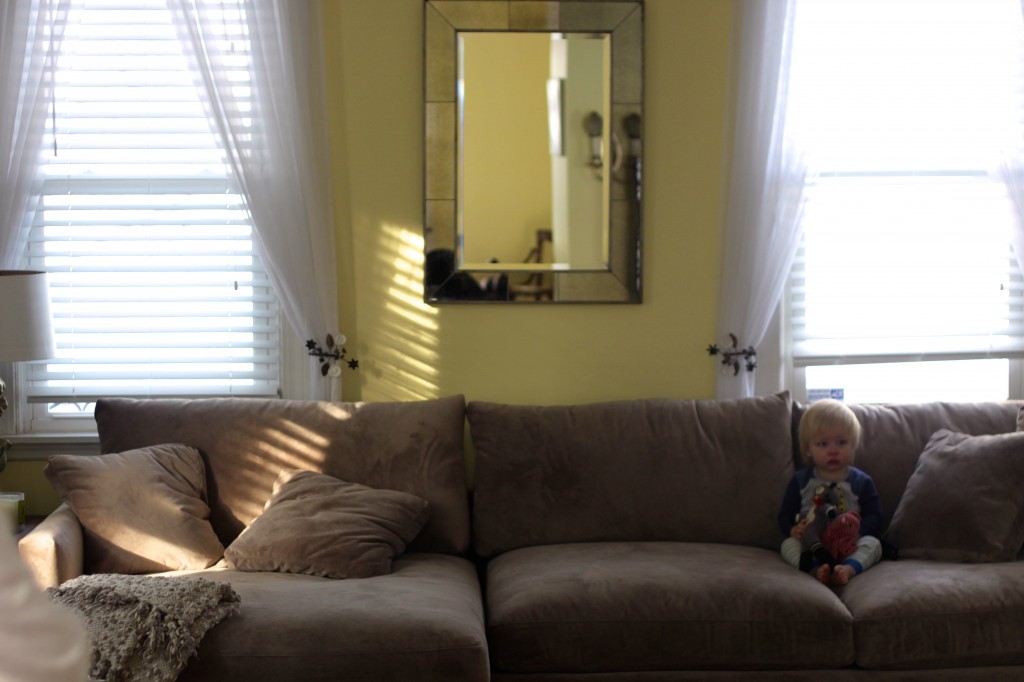 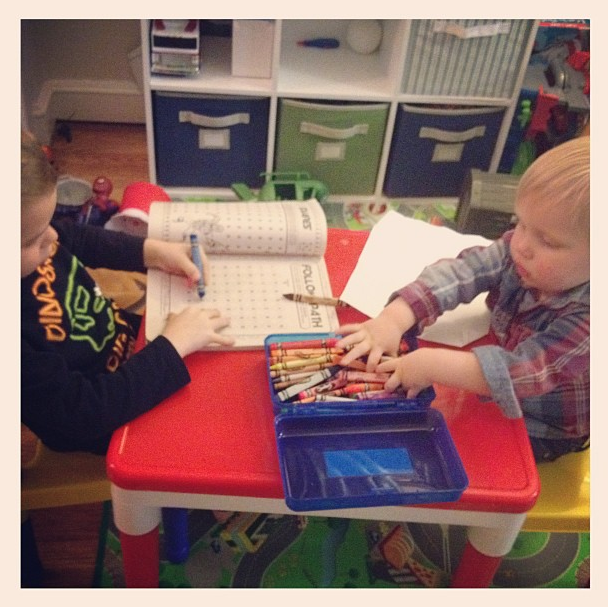 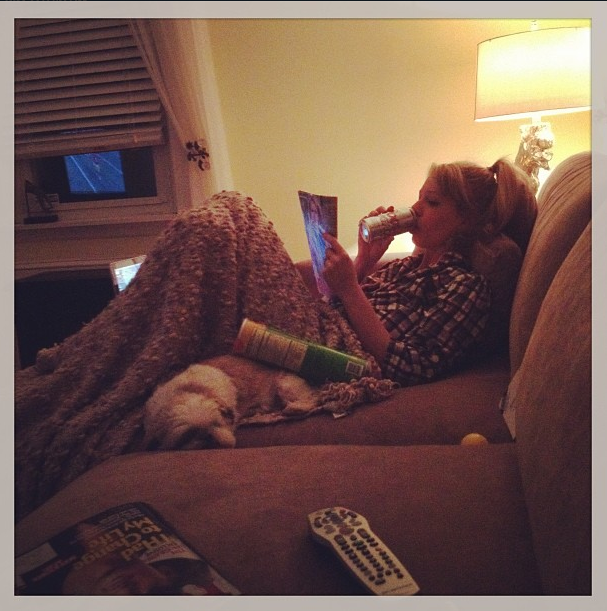 And then headed home before halftime to put Indy to bed and “watch the Superbowl” (drink beer and eat Pringles) some more.

(I did manage to tear myself away from US Weekly long enough to watch Beyonce. Oh my god.)