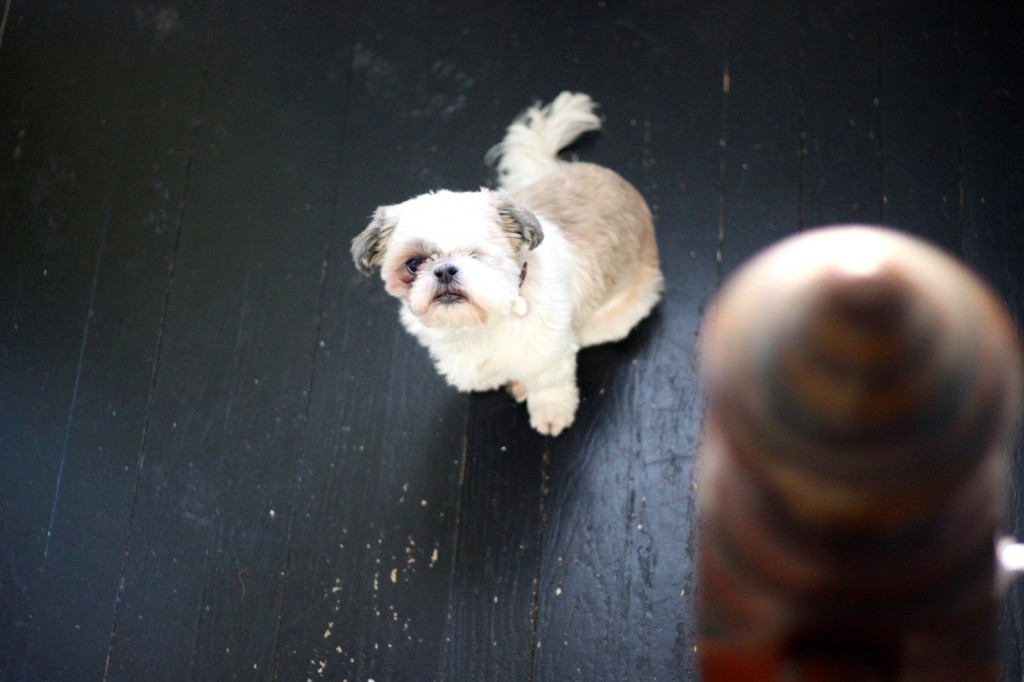 Alright, so far I’ve been handling the residing-in-the-country part of our new living situation…okay.

By which I mean…probably not very well. But I’m basically the Grand Slam Champion Of Handling It right now, because what just happened is pretty far over there in the Holy Sh*t realm.

This, as you know, is Lucy. I love her a whole bunch.

(Before you go on, a warning: this story is top-to-bottom gross, so seriously: don’t continue if you’re…well, anything like me. If you’re more in the mood for Funny Dog Story than Horrifying Dog Story, click here.)

So last night I was in bed giving Lucy a good Nighttime Scratch, and my fingers stumbled over something kinda…out of the ordinary. Right in the missing-eye spot. Which is something that you most certainly do not want to feel.

I’ve never talked about her missing eye before just because it’s a sad story and not a moment from the past that I like to reminisce about, but what happened was that when she was just a few months old and we were living in LA she dug a hole under the fence and escaped from my backyard without me noticing. She hid under my car, and when I started the engine it apparently either startled her really (really) badly, or some part of the car actually hit her on the head; were were never sure which, but ultimately what happened was that her blood pressure went up to the point where her eye sort of…popped out. Which, I later learned from the vet, isn’t particularly uncommon with shih tzus (and pomeranians, and other dogs with large orbital cavities).

Anyway, when I saw what had happened to Lucy I obviously went into a bit of shock, but managed to scoop her up and drive her to the vet. Five thousand dollars, a few buckets of tears, and a couple of didn’t-work-so-well attempts to reattach the eye later, she was back home and recuperating, and she’s been fine ever since.

But the accident is obviously a touchy subject for me; I mean, besides the guilt involved (which is considerable), she’s my very first dog and I’m fairly obsessively protective over her – and…just suffice it to say that I really don’t like introducing the possibility of anything else happening to her. Especially when it comes to her eye area.

So when I felt this whatever-it-was, I completely freaked out. It was grey, and sort of oblong, definitely plastic-y feeling (but it had to be organic…right?), and mostly just extremely weird and unidentifiable, but when I sort of prodded it she didn’t seem in pain or anything. I immediately went worst-case-scenario (especially considering the fact that we had a scare just a couple of months ago) and decided that she had some kind of cancer, and burst into tears. Kendrick calmed me down, and we cuddled up with her for the night, having decided to call the vet first thing in the morning.

And then in the morning the thing was three times bigger, and I completely freaked out again. And when I started to investigate it some more, it fell off.

And it had legs.

The thing that I had been prodding and touching and effectively stroking HAD LEGS.

I mean…the fact that I didn’t immediately disintegrate into a puddle on the spot is a mini-miracle, right there. I even managed to wrangle the thing into a Tupperware in case the vet needed to look at it (albeit with Kendrick on the other side of the phone line listening to me losing my goddamn mind). 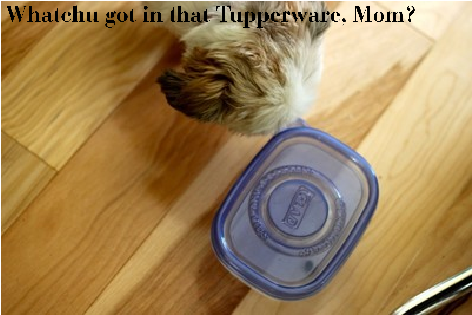 Westchester, if you weren’t aware, has a semi-cataclysmic tick problem at the moment. And I had thought that ticks kind of went away in the cold months, but apparently not. And apparently (according to the vet, who I just got off the phone with) they’ve actually developed immunity to the brand of flea-and-tick medication that we’ve been giving our dogs since we moved.

Anyway, she’s fine. Which is such a relief.

But oh my god.