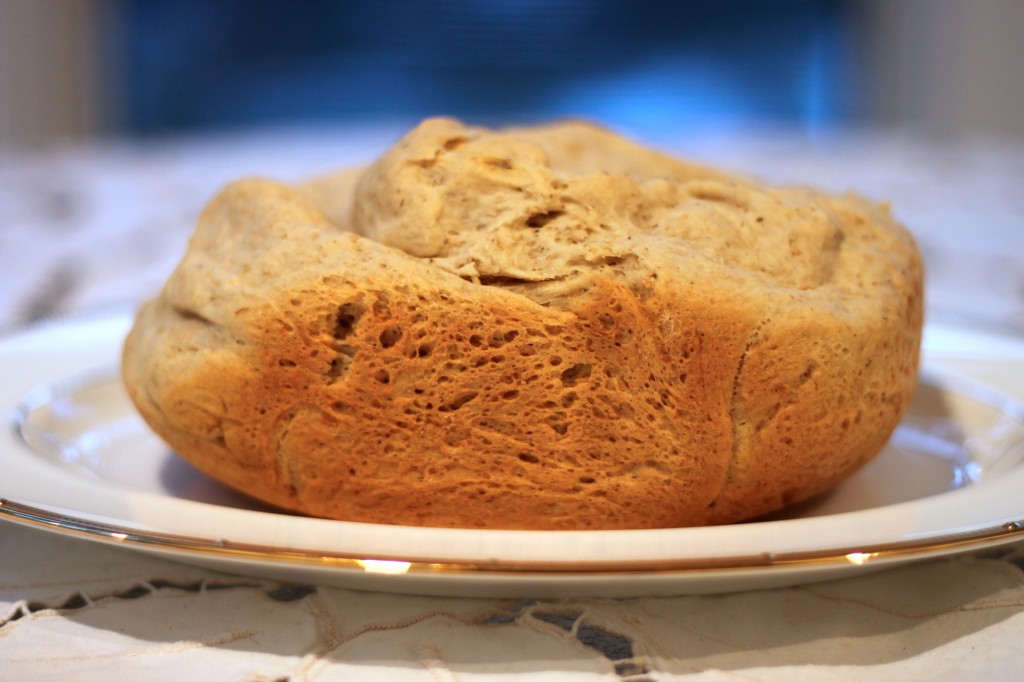 I’m not sure last night’s bread-making experiment was entirely successful.

Here’s the thing: if you’ve been reading here for awhile, you know I have a ludicrously spotty history with baking of any kind. Sometimes it works…sometimes it really, really doesn’t. And there’s no big mystery here; I know why my baking experiments don’t always (ok, don’t usually) turn out as planned, and the answer is that I’m a lazy mess when it comes to using for-real measuring devices. I figure, hey, that looks more or less like a cup of milk…I’m sure it’ll be fine.

And do I learn my lesson?

I do not! Because I believe that the power of positive thinking can conquer even basic chemistry. (Or, fine: it’s probably more the aforementioned lazy mess thing.)

I much prefer the world of cooking, where you can just use your hands to add a pinch of this and a dash of that, and chances are things will turn out OK. With baking…well, you can’t do that. Precision is everything.

The first (and only, until last night) time I ever tried to make bread was in high school: I had just gotten interested in cooking and got it in my head that I would make these honey rolls to serve for a dinner party, and that everyone would be very overwhelmed and impressed by my bread-making genius. And then, once I had finished preparing the dough and set it in a bowl to rise, I realized that I had forgotten a little step called “adding the yeast.” I figured hey, no big deal…and just went ahead and mushed a bunch of yeast into the dough anyway.

Guess what? That doesn’t work.

And so I gave up on making my own bread. I mean, that’s what Pepperidge Farm is for, amirite?

Except then, during college, I went to visit my boyfriend’s family in Canada, and his mother whipped out a hot, homemade loaf of brown bread for dinner, and it was one of the most delicious things I’d ever tasted, to the point where I was sort of embarrassed at the percentage that I took down all on my own. She told me that she had used a bread machine to make it, and that it was ridiculously easy and foolproof, and ever since then I’ve fantasized about having one and whipping up fresh loaves of my own.

And then! Kendrick’s parents served bread from a bread machine over Thanksgiving, and I freaked out over it so much that they took pity on me and gave me a beautiful Cuisinart for Christmas.

Last night, around 6PM (because guess who didn’t check the instructions first, which would have revealed that the process is a 3 hour+ one?) I got started with the Oatmeal Bread recipe, and the process is so weird-easy (literally, just pile in the ingredients in the order listed and press “start”) that I found it very hard to believe that it would result in actual bread.

It…kind of did. I don’t know that I would call this “bread”, exactly. 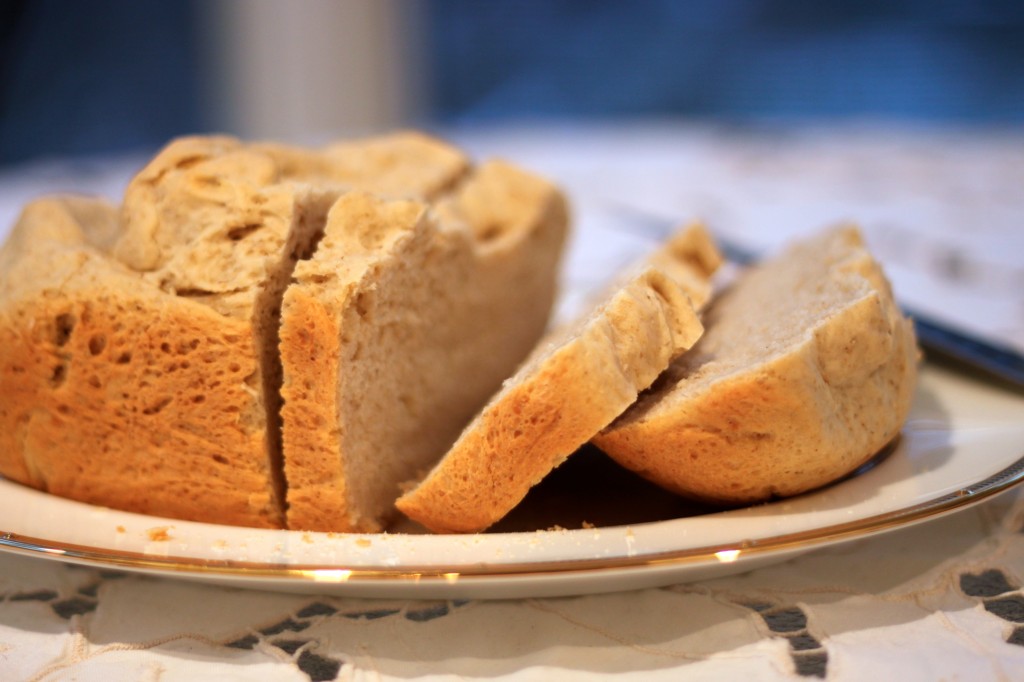 I have no idea what I did wrong. Kendrick thought it was all very funny (yes yes, ha ha). I mean, I chose “Light” for the crust color, so I think that’s where the albino thing came from, but other than that…I don’t know.

But I am not giving up! I will conquer The Bread.