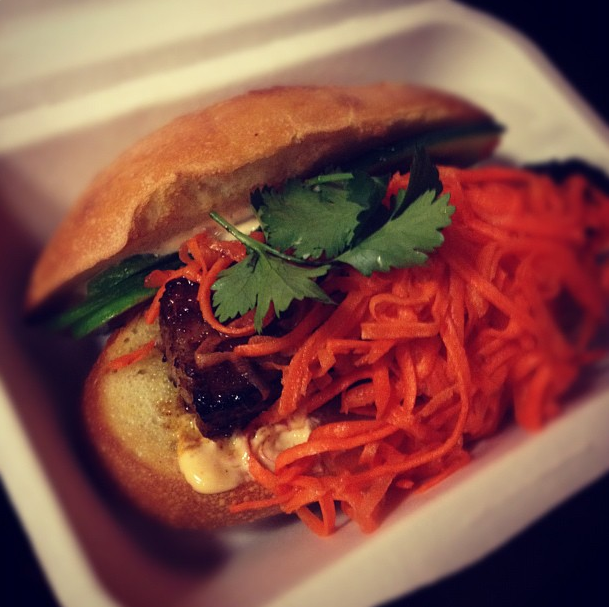 I was going to say, “I don’t know what’s gotten into my husband”…but the truth is that I know exactly what’s gotten into him. The past couple of months have been stressful, to say the least, and not only have we not gotten a ton of alone time together in, oh, about a year, there was one point around the hurricane when we could barely say three words to each other without fighting. Relationships are cyclical, and they do go through periods like this every so often, but while my attitude is to just kind of ride it out, his is to do something about it.

Knock us out of our rut. Get some actual one-on-one time together, maybe with a little mind-blowing thrown in for extra measure, just so we can remember that – oh, right – we’re in love with each other.

A couple of weeks ago, he surprised me by taking me to a restaurant that I’ve dreamed of going to for years – Blue Hill at Stone Barns – and I had the meal of my life.

Last night, he said I had another surprise date coming my way, and I was thinking…maybe we’d see Skyfall? Get sushi? That’d be fun.

I had NO IDEA.

He hired a sitter without telling me, and then announced around noon that I was to get on a train to the city that night. I whined a bunch because a) I’m annoying and b) we’re leaving for Ohio this morning and I was stressed about how late we’d be getting home if I was only first arriving in the city around 7:30. Kendrick was giddy and smug in the face of all this me-being-annoying. I realized that this meant that we’d be doing something good, and got on board. 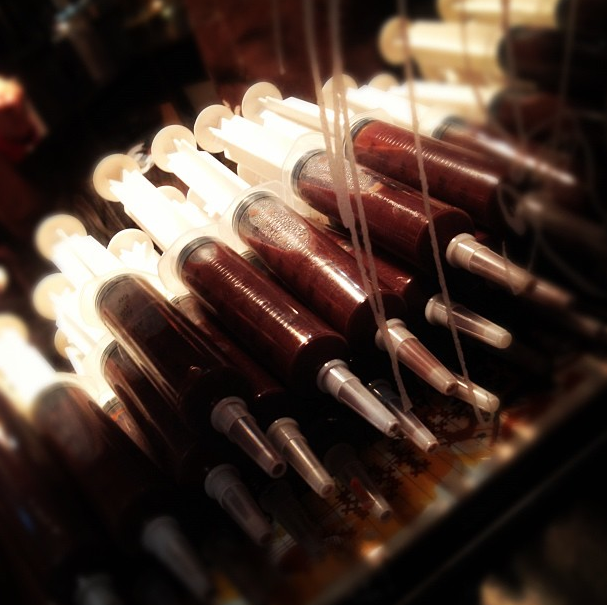 Next, we walked through Bryant Park (those are Max Brenner’s super-weird chocolate syringes, pictured above)… 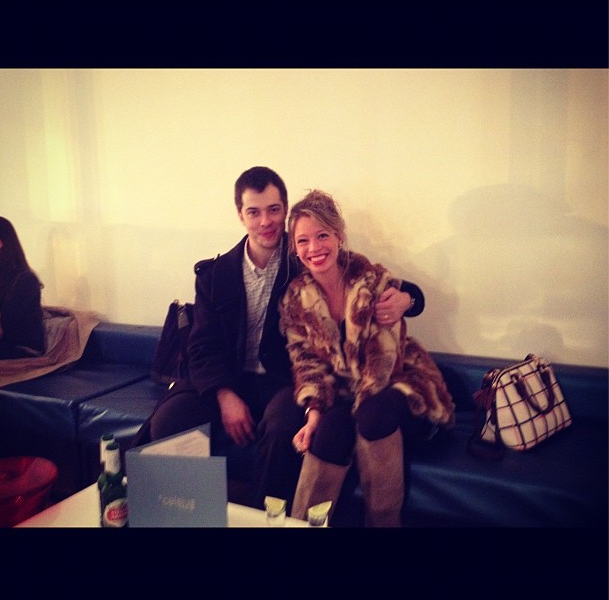 And ended up at Celsius Bar in the company of some tequila shots.

My husband MADE MY LIFE. 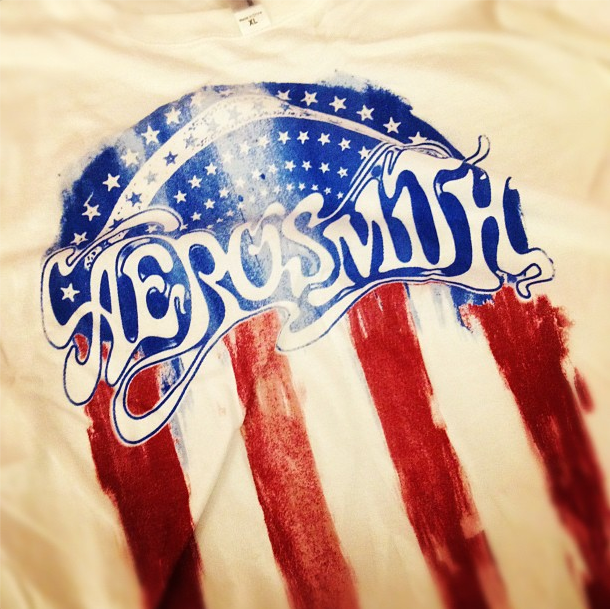 Before we continue, let’s do a quick visual demo of how I feel about Aerosmith: 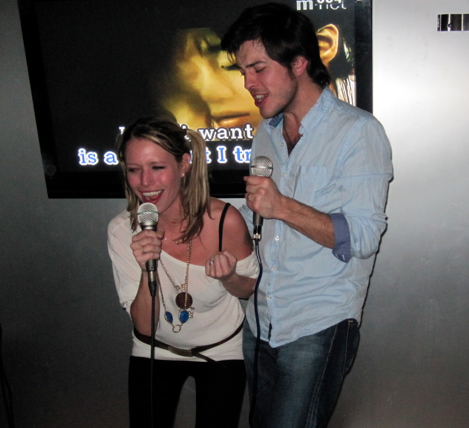 (That’s us breaking it down to the very best song in the entire world, “Don’t Wanna Miss A Thing.” Oh, you disagree? No you don’t.)

It is a lifelong dream of mine to see Steven Tyler live. A dream that I never, ever, evereverever in a million years thought would come to pass.

And so, you must understand, I completely and totally freaked out about this.

We were running to our way-up-there-in-the-top/back-of-the-stadium seats, when, I don’t know, maybe the door guy saw the manic, near-tears-with-excitement expression on my face…and stopped us… 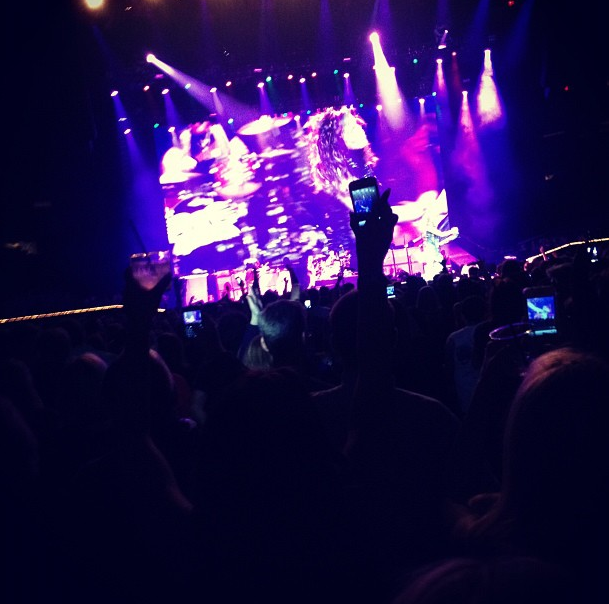 …and handed us floor tickets. Which means that I was close enough to Steven Tyler to see every detail of the sparkly boa that he had tucked into his pants like a tail.

Are these kinds of dates normal for us? No. Do dates need to be this wildly over-the-top for two people to reconnect? Of course not; sometimes all it takes is a night off, a glass of wine in a quiet bar, a really good meal where you actually talk rather than wrangle various small creatures. And the ride home on the train – just the two of us, re-living watching Steven Tyler and Joe Perry standing on top of a white piano singing “Dream On” might have been the best part of the whole thing.

Oh, what am I talking about? 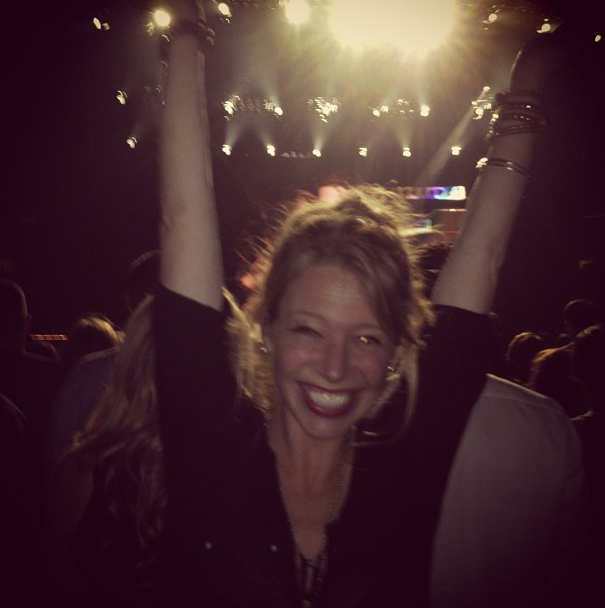 That’s pretty much all I have to say about that.