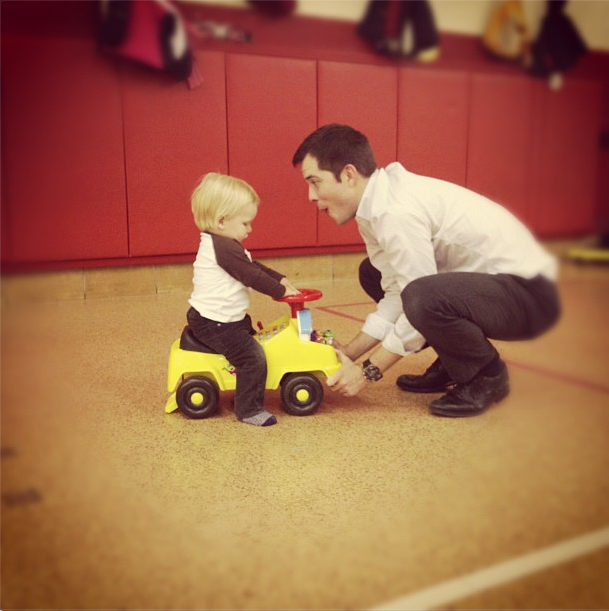 Last night, we headed over to the Y for a family potluck.

I showed up a little red-eyed and disheveled, because I got so cataclysmically lost trying to pick Kendrick up from his office that what should have taken fifteen minutes took over an hour, and honestly: I’m not even really the kind of person who panics when they get lost (I figure hey, you’ll get there eventually)…but once you’ve literally done the same circle onto and off of a highway ten times (minimum), seen the exact same exit signs over and over and over and over, and then ended up on a dirt road somewhere that your Google Maps is absolutely positive is the spot you’re looking for…in the dark…with a very angry baby in the backseat…

My 13-month-old child could have done a better job designing the highway system in certain parts of Westchester. He would have known that actual street signs with actual descriptive words on them are occasionally useful. (This, by the way, is not even close to the first time that Google Maps has made me cry.)

Anyway, I eventually did find my husband. In an office building completely invisible from the road thanks to the total absence of lights or signage indicating that hey, you might just come across an enormous corporate complex if you turn into this completely dark divot-looking area and then pick your way up an unlit hill a ways.

Moving on: the potluck was tons of fun. 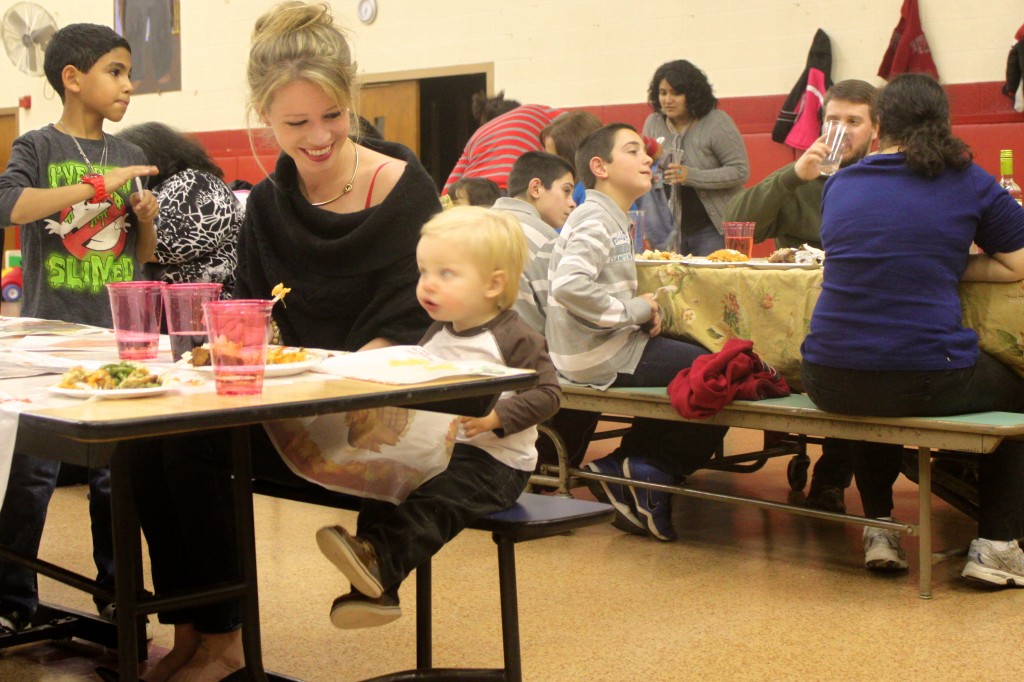 Look at our guy sitting up at the table like a total grown-up! 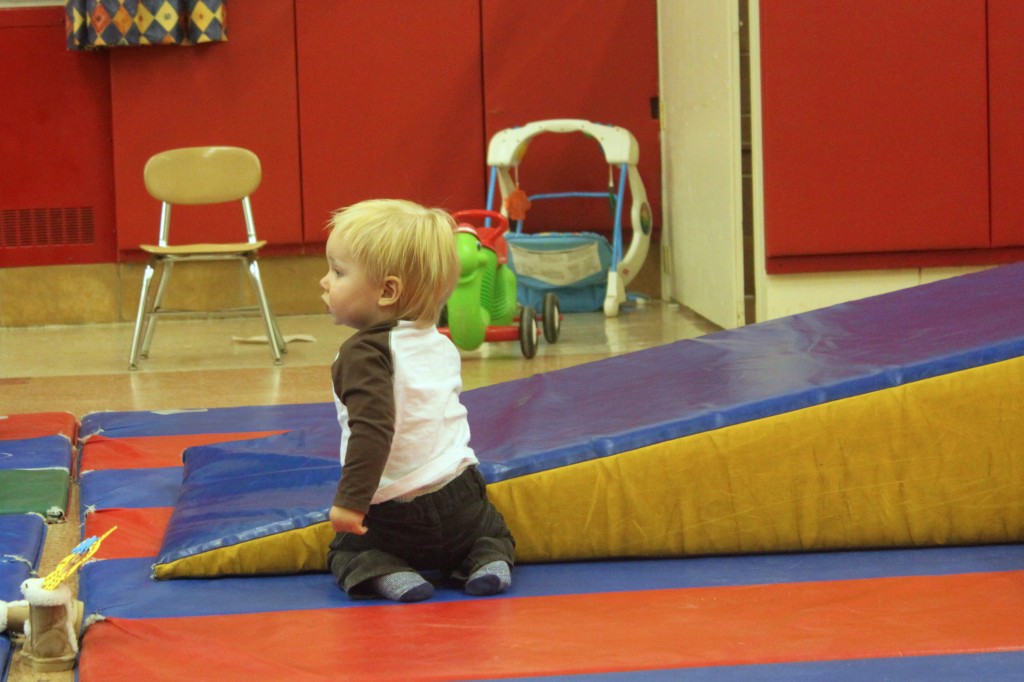 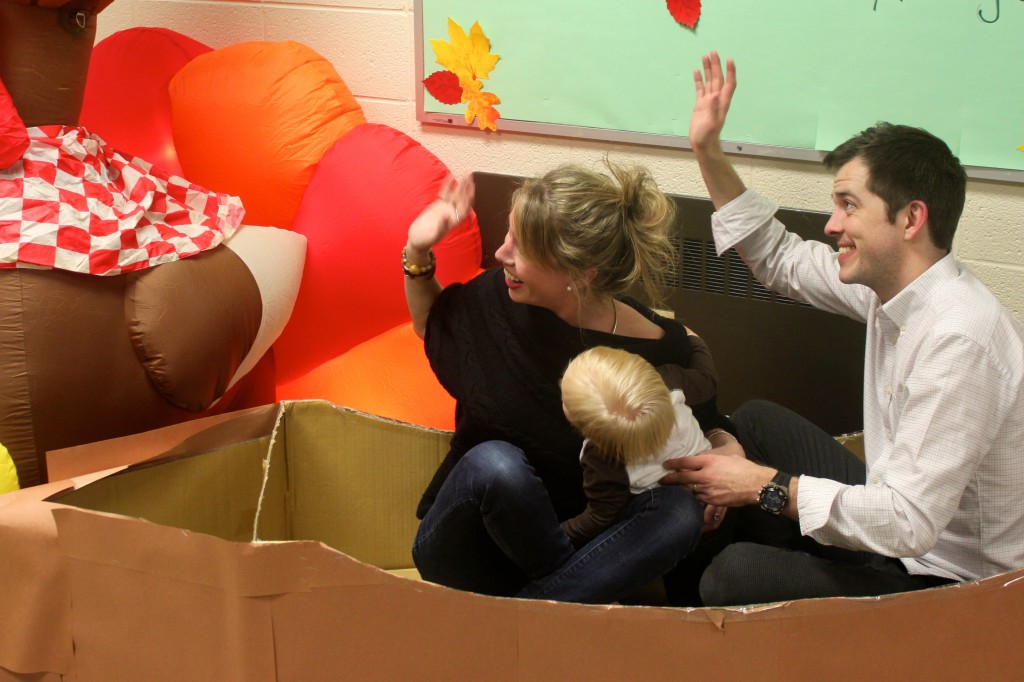 Oh yes, and we sat in a “canoe” and waved at a blow-up turkey. It seemed like the right thing to do. 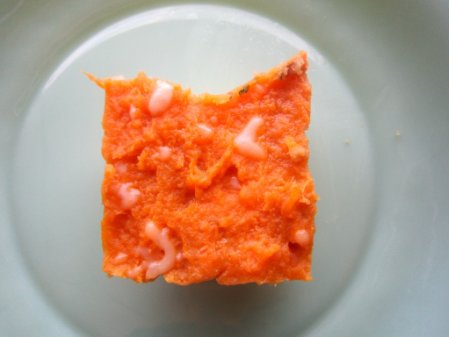 Above, one of the dishes I made: Sweet Potato & Stuffing Casserole. Yummm.