So I Think I Changed My Mind About Sandwiches 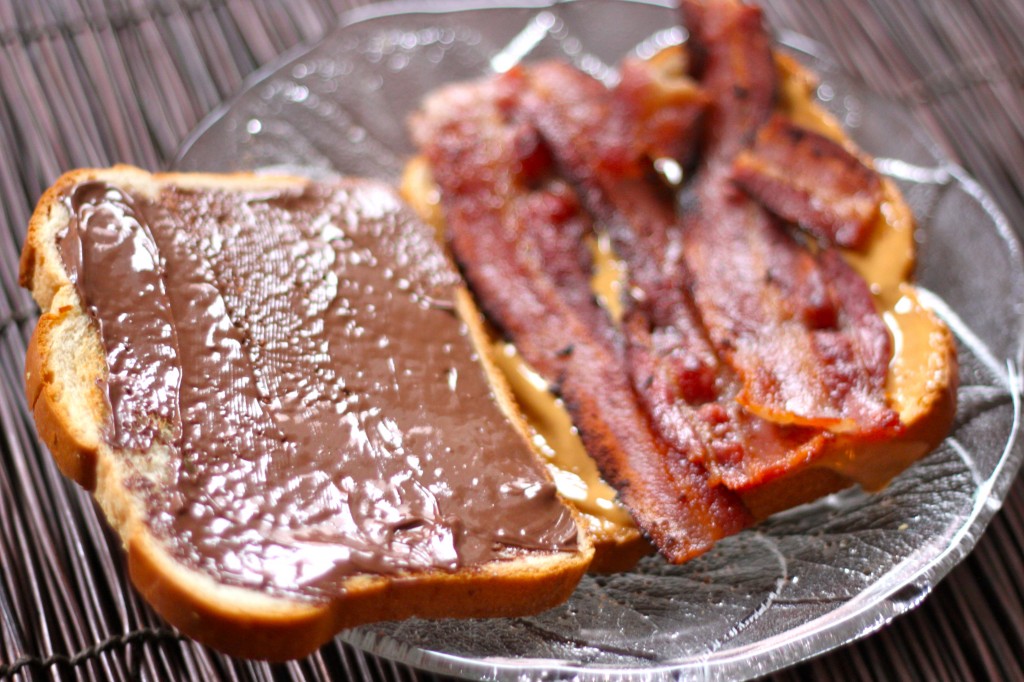 Do you know, I used to be all, “I hate sandwiches”?

They just weren’t really my thing; I tend to like being able to taste the different ingredients in a dish rather than having them all smooshed together. And plus, seriously? The proportions are always off in 75% of your bites. You know what I’m talking about. There’s that one really great bite in the very center of each half where the heavens part and you get exactly the right amounts of meat/cheese/bread/what have you…but the rest of it? Disaster.

But you see, I think my problem with sandwiches was mostly that I hadn’t yet discovered that bacon should always, always be a part of them.

This is the best sandwich in the world, and I’m going to stand by that. 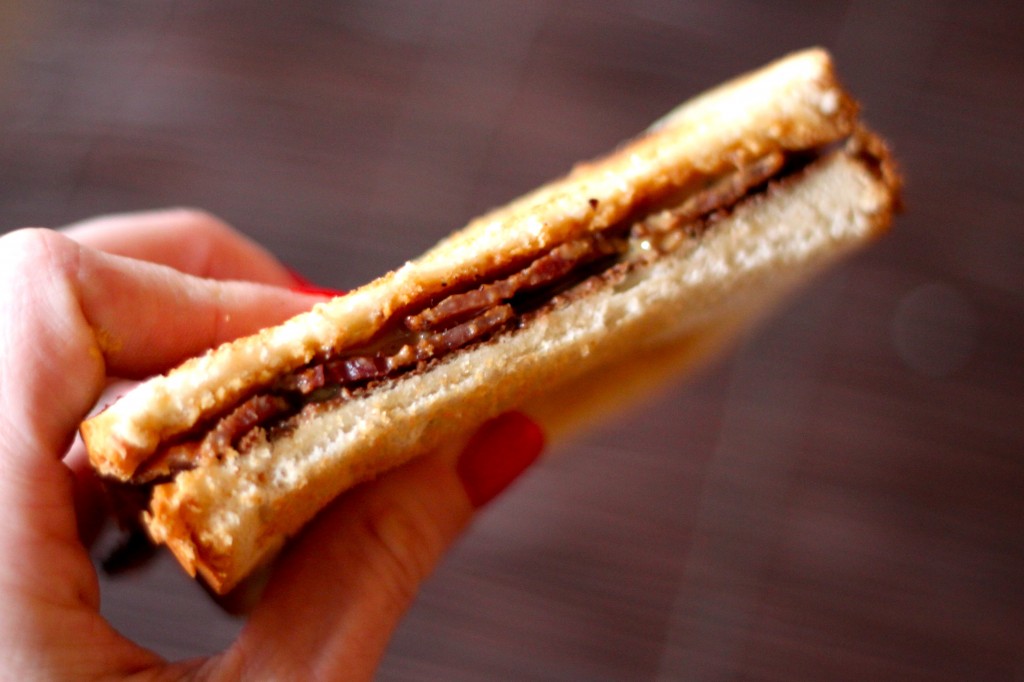 It’s peanut butter, Nutella, and bacon on lightly toasted Farmhouse White bread, and the only problem with it is that now I’m going to have to eat one every day, which is going to get pricey since I have an addiction to expensive bacon.

If you wanted to throw in a little Fluffernutter and/or banana slices, I wouldn’t toss those out of bed, either.