Love Stuff And What I’ve Learned 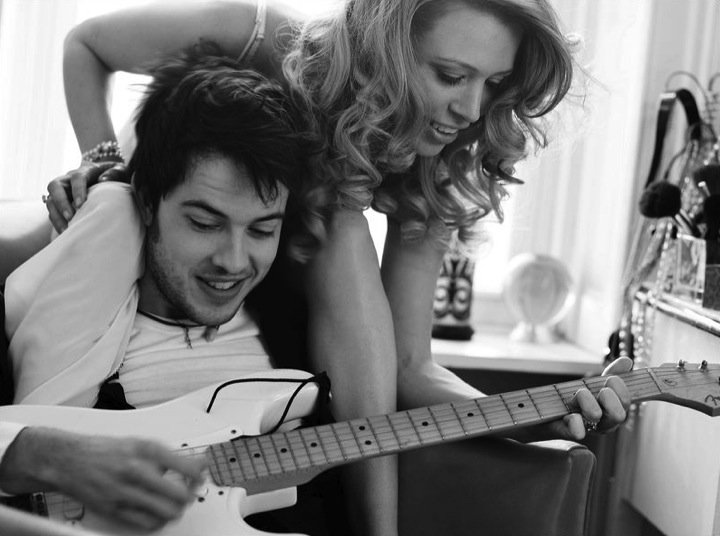 I get emails from readers every so often telling me their stories and asking for love/relationship advice. I don’t print those emails here – not even anonymously – because…well, they’re very personal, and they’re not my stories to share. (Please, always feel free to email me with this kind of stuff, by the way – I love hearing from you regardless of the subject matter, and if you’re nervous about me publishing anything a) know I won’t without asking first, and b) just say “would prefer not to have this published,” and it won’t be, guaranteed).

I’m noticing, though, that a couple of ideas keep popping up over and over in the emails I send back to readers who ask what I’ve learned about relationships over the past decade or so, or what makes my relationship with Kendrick work.

First, you know how they say that you have to make all those horrible dating mistakes before you’re able to open yourself up to a healthy, long-term relationship? That may not be how it goes for everyone, but it was certainly was how it went for me. I fell in love for the first time when I was 17, and broke up with that boyfriend when I was 19 (and then again when I was 22), and for a long time, I thought that was it. I’d been told once or twice that you never love anyone the way you loved your first love, and for years and years, I believed that was true.

But as it turned out, it wasn’t true; not in the slightest. I discovered that not only was it possible to love someone just as much…it was possible to love someone so much more. Our marriage “works” (although I don’t love that word, because it implies that there’s a right way and a wrong way to “do” marriage…and there isn’t) not just because Kendrick makes my heart melt in that way that you dream of when you’re a kid watching Dirty Dancing or whatever (although he does), but also because we met at a time when both of us had gone through so much that we were able to recognize what we had in each other and run with it. And when I was 20, that would not have been a possibility. Had I met Kendrick right then, I would not be with him today, and he would not be with me, and I’m certain of that.

Love is a lot, but it’s not always enough.

I spent my mid-twenties being a total idiot, and did ridiculous things and had bad relationships with bad people, and I absolutely would not have been able to see my relationship with Kendrick for what it is and cherish it the way I do had I not gone through those experiences. But of course I made bad choices; I’m glad I did, in fact, because it was the repercussions of those bad choices that taught me how to care for another human being in the way they deserve to be cared for…and how to accept that care in return. Such things don’t just come naturally to everyone. Love is a learning process, and it can take time. Patience.

The other thing that my twenties taught me: how to see past the sparkle. When I was dating around, a lot of what drew me to people was my perception that they were “special” or “extraordinary” in some way…which, unfortunately, meant I dated a lot of actors (ladies: don’t date actors). But what I was doing, I came to realize, was confusing external markers of “specialness” with the real thing. In other words, I would have rather dated an artist than an accountant for the simple fact that I felt that an unconventional career choice (as one example of these “external markers”) was an indicator of some internal spark, something that made the person more “worthy.”

And while I don’t know that those external trappings ever go away entirely, entrenched as they are…they’re blurry now; they’ve faded into the background. It’s the quieter things, the smaller things, that are brighter these days. I no longer like the toy because it’s fancy and pretty and has cool bells and whistles; I like it because I know it inside and out, because it’s been carried with me such a long way, and because as time has passed I’ve learned every single thing about it, and most of all what I’ve learned about it is that it’s not a toy at all. Because it belongs to me, and I belong to it, and because every chip of paint that’s fallen away has only made it more beautiful.

Look: a job, a haircut, clothing, money…it’s all just stuff, and it can be nice, or not-so-nice, but either way, it’s not even close to the point.

The point happens late at night, when it’s just you two and a pillow and a pitch-black room filled up with the enormity of how it feels to love a person when everything else is gone.

And that’s what my twenties taught me.