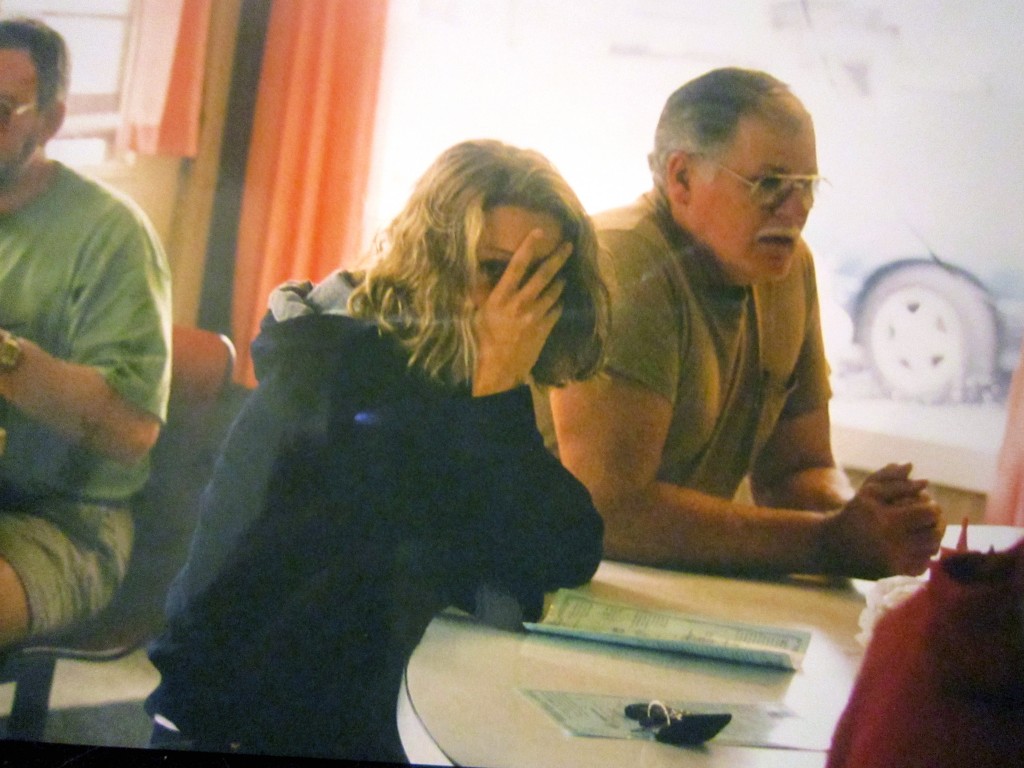 Every summer for years, my parents and I rode their motorcycles up to Canada to visit my mom’s family in Moncton. When I finally got my own motorcycle – a yellow Suzuki Savage 650 that I very much wish I still owned – at age 17 (I know; and wow, did I feel super cool), we started all driving up together in a semi-adorable, mostly-bizarre little pack.

These trips were some of my favorite times that I’ve ever spent with my family: there was such a feeling of shared adventure, riding that far together. Every time we got off at rest stops we were so exhausted it felt as if we’d jogged all that way; motorcycle riding is a hell of a lot harder on the body than most people think. My favorite part of the trip was the Airline Road, an old logging road (now Route 9) which extends from Bangor to Calais, and which is pretty straight and featureless with the exception of one very crucial structure: the Airline Diner.

Oh my god, the pies.

Blueberry is good, lemon meringue is better…but there is simply nothing in the world like the chocolate cream pies that they serve at this place. We’re talking two inches of chocolate pudding topped with another three of whipped cream in a perfect, flaky crust. I remember once we arrived just as the last slices were being served up to a family of four, and I just about cried until the waitress came out bearing a fresh, new pie.

That’s a picture of me at the Airline Diner – clearly very excited to have my photo taken – from the summer before my freshman year of college began. I haven’t been there in years – nowadays, it seems like no one has time for the trip, and we fly to Canada and back – but I swear: one day, I’ll go back. And I’ll get that recipe for you.

In the meantime, here is what I do when I miss those trips to the Airline Diner. Now, this pie is 100% not from scratch and takes five minutes from start to finish (really)…but it tastes like a dream. Like, eat-the-entire-pie-in-one-sitting-because-it’s-that-light-and-perfect dream.

(Sidenote: embarrassingly enough, I’ve been wandering around for years going on and on about “My Five-Minute Pie”…and two days ago, I discovered that it’s pretty much exactly – or…ok…exactly – the recipe on the side of the Jello Chocolate Pudding box. But whatever; it’s great stuff. And as a bonus, this is one of those dishes in which you can easily reduce the calorie count without sacrificing any taste…and I don’t believe that’s possible in very many situations. But if you want the full-fat stuff, substitute away.) 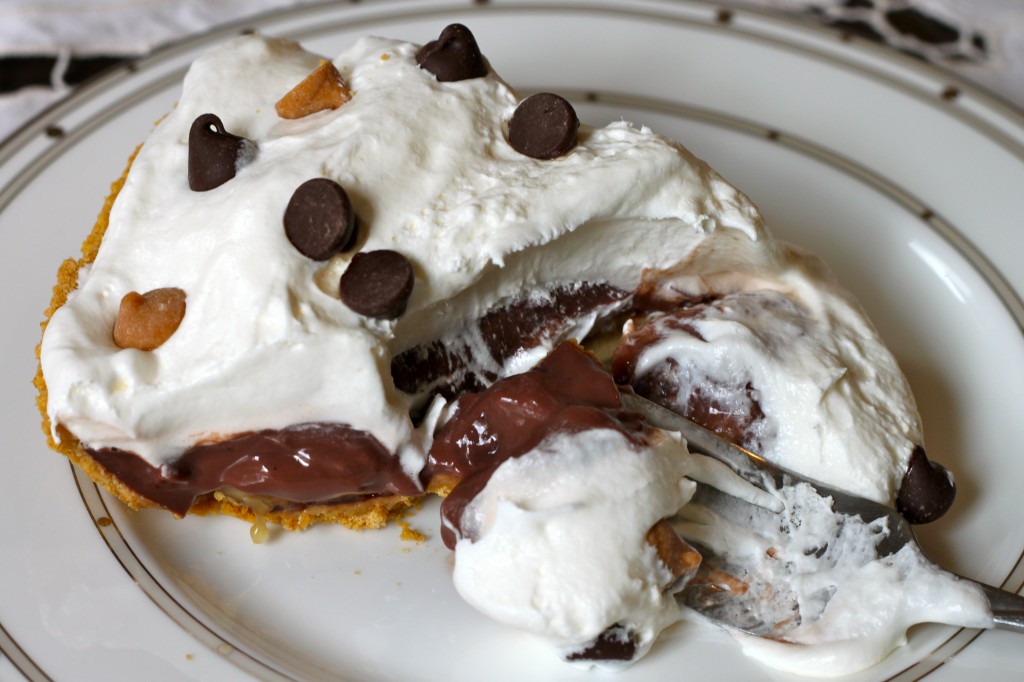 Just fill the bottom of a graham cracker pie crust with two or three ripe bananas sliced into rounds. Then prepare fat-free chocolate pudding with skim milk, and pour into the crust. Top with fat-free Cool Whip and dot with peanut butter and chocolate chips, mini chips, or chocolate shavings. Or sprinkles. Or whatever makes you happy.