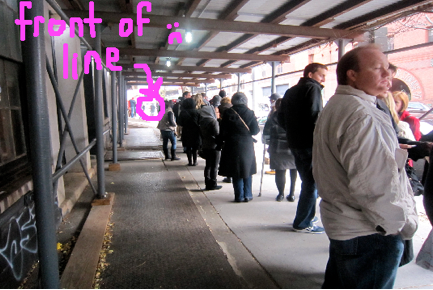 You know how I love Grimaldi’s?

But I’ve been thinking about it, and I think that part of the reason why the stuff in Brooklyn tastes so delicious is that they force you to starve to death outside for up to two hours before finally crushing you into a tiny booth and taking your order. At that point, you’re so grateful to be sitting down – let alone eating – that you’d be thrilled with just about anything they brought you.

Here’s a refresher image from our last trip:

The line was so long that I ended up running across the street to grab an “appetizer” from the Brooklyn ice cream factory.

So yes, it’s all very exciting when you do finally get in, and there’s a sense of accomplishment that goes nicely with the cured olives on top of your pizza (seriously, do not even think about not getting the cured olives)…but you know what I enjoy even more?

So I was pretty excited when I stopped into the Limelight Marketplace the other weekend and discovered that Grimaldi’s had opened a Manhattan outpost a mere 20-minute train ride away from our apartment. On Sunday, Kendrick and I headed down for a small pie (6 pieces) with half cured olives (mine mine mine) and half ricotta. 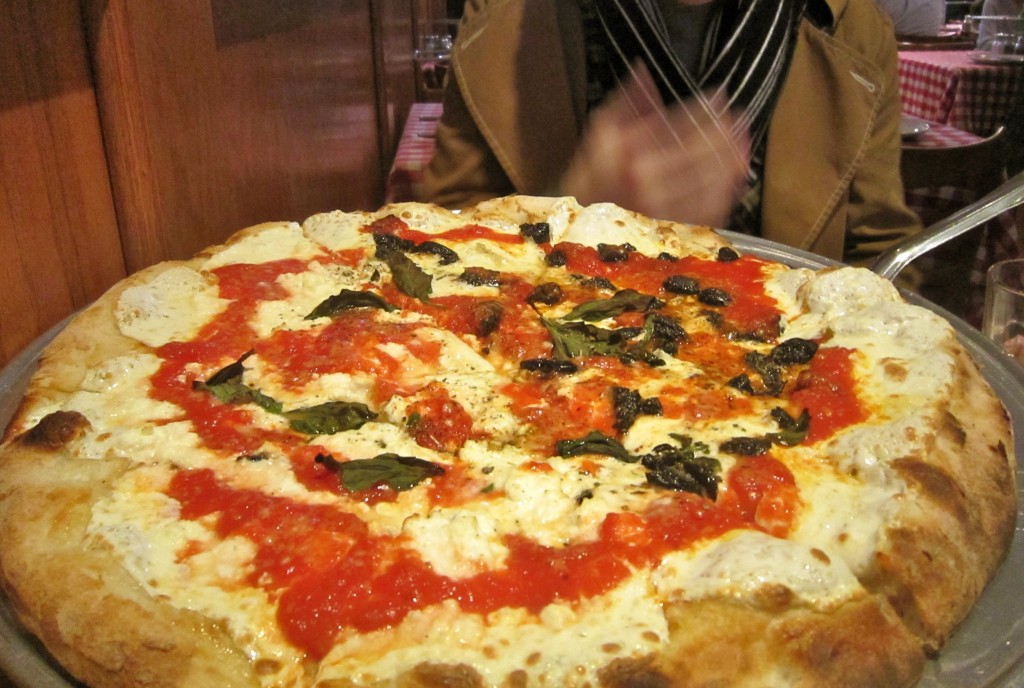 It’s really, really good…but only a distant cousin to the pizza at the Brooklyn location. 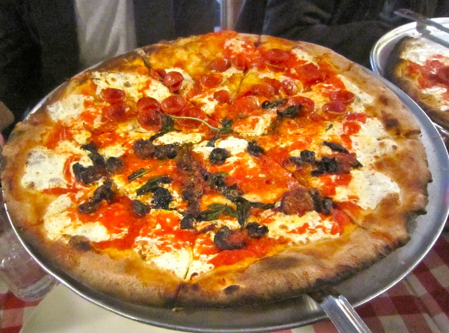 Can you tell how much thicker the Limelight Marketplace one was? It was wayyy breadier and more filling (I could only eat two pieces) – which isn’t necessarily a bad thing…just different (although I have to say, the Brooklyn pie has the edge for me because of that crispy, almost-burned crust). So if you’re looking for a pure Grimaldi’s experience, suck it up and brave the line; if you’re just hungry and want fabulously delicious pizza, head over to 6th Avenue. 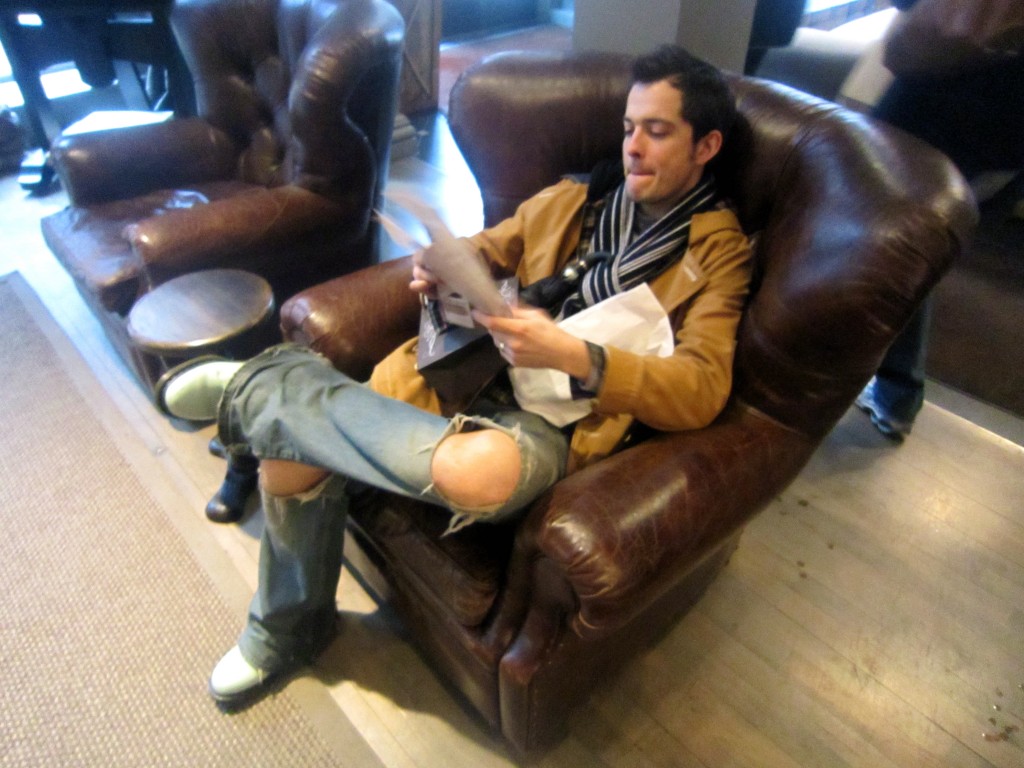 After lunch I dragged Kendrick into Restoration Hardware so I could salivate over things that I love and cannot afford, and he found his new favorite chair.

And what’s in that bag he’s carrying, you ask? 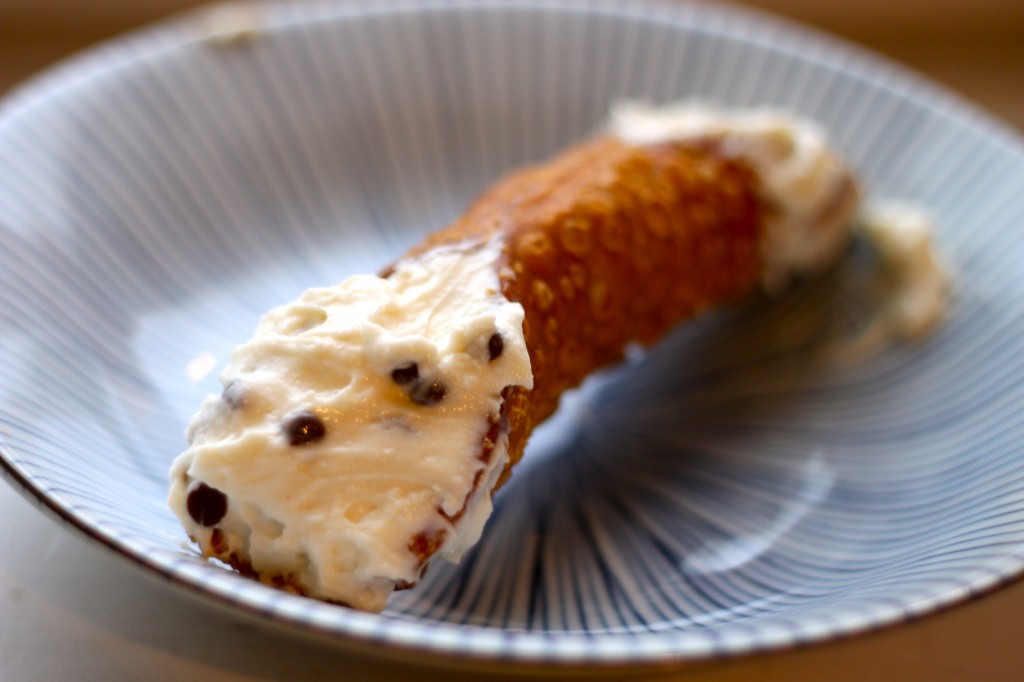 A Grimaldi’s cannoli, of course.

For more on the best NYC pizza, click here.