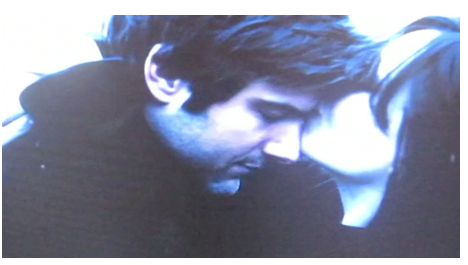 Q. Can you do a post about how you got into acting?

A. Sure thing! In short: when I was 12 or so a director who lived in my building randomly asked me to audition for a commercial, and I booked it (and got an agent from that).

And then I just sort of started working (I arranged my school schedule so that I could leave early on most days for auditions or bookings). I did commercials and a little modeling for a few years, and then gradually started doing “legit” work (film and TV) around age 16.

If you’re looking for advice about how to get into the industry…well, as I’m sure you know, it’s extremely difficult, and I was very lucky to get an agent the way I did. My advice is to get as much experience under your belt as possible (act in plays, go on local commercial auditions, do radio work, whatever you can) to strengthen your resume and confidence, all the while building a strong network of contacts that you’ll hopefully be able to call upon when it’s time to get an agent.

The truth is that sending in an unsolicited headshot and resume to an agency has a very slim likelihood of getting you representation – what happens to the vast majority of these submissions is that an assistant tosses them in the trash, and they’re never even seen by an agent. If there’s a referral involved, however, they’re likely to at least take a look…or, fingers crossed, set up a meeting. So remember that guy you knew in fifth grade whose mom knew someone who was a producer? That girl you were friends with in college who once dated an indie director? Call them. Sometimes all you need is a foot in the door.

Also, consider doing voiceover work (a great way to pay the bills and make contacts) and going on “cattle calls” (auditions that don’t require you to have an agent…you basically just show up and wait forever and ever before you’re seen) – casting directors will sometimes refer actors that they’re impressed with to agencies with whom they have relationships, regardless of whether you’re right for the part. And FYI, it can sometimes be easier to get an agent to “hip-pocket” you (send you out without signing a contract to see how you do), or to start out with a manager and then have your manager help find you representation.

Vicious Kind Clip (that’s a still of Adam Scott and me in the film, above)

Shots From The Set

‘Cause You’ve Been Asking