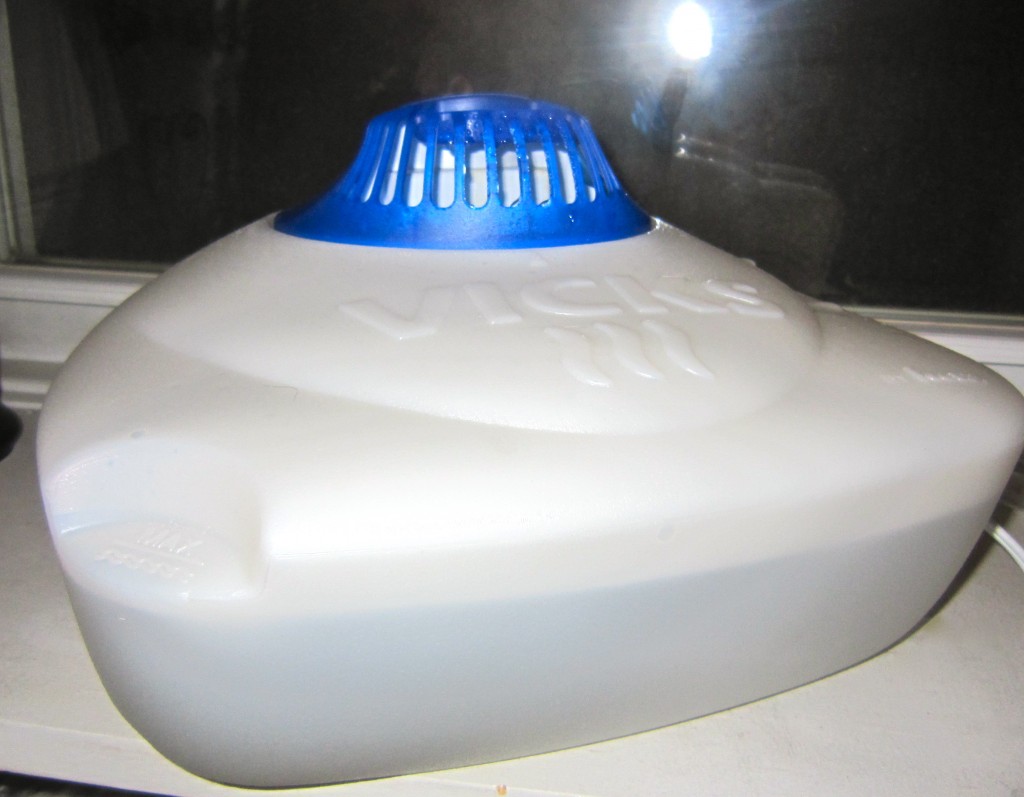 Acting on doctor’s orders, I picked up one of these on Friday:

I wish that I hadn’t.

For a thingamajig with exactly two parts and instructions that tell you to a) pour in water, and b) plug in machine, it is unbelievably finicky. Seriously, it took us at least an hour to get the thing clicking along (we turned it over and over looking for a secret on/off switch, and ended up having to add a ton of salt to the water before we could get it operational), and even now it only works sporadically. And I threw out the box (the actual thought process was “this thing has, what, two whole parts? It’s not like it’s not going to work”)…so I can’t return it.

Anyway, I wish that I had bought one of these instead:

If you’re interested, the main differences between humidifiers and vaporizers are as follows:

1. Humidifiers release cool moisture into the air, while vaporizers boil the water and release warm moisture.

2. Vaporizers may cause burns, and should be kept out of reach of children or animals.

3. Humidifiers may be more pleasant to use in warm climates, or in warmer months (you don’t want heated air blowing on you in the summer).

4. Since the water in vaporizers is boiled, vaporizers may be less likely to spread bacteria/mold.

Note: Whichever method you chose, it’s very, very important to change the water every day and keep the machine clean.