Suggestions for Your Weekend 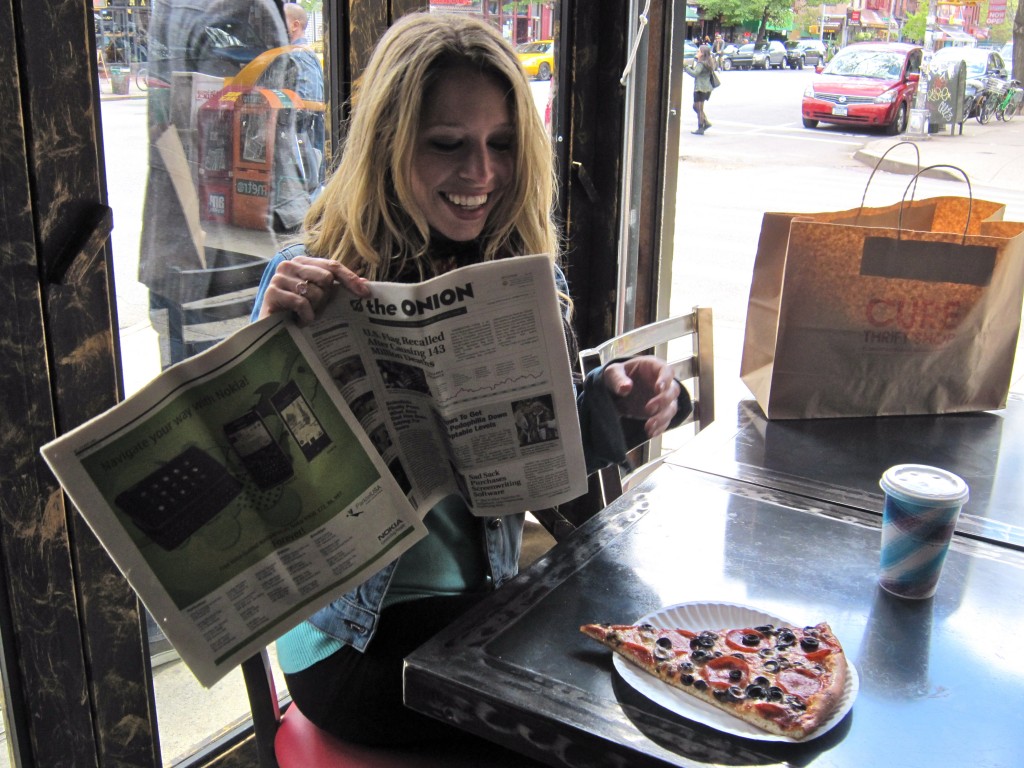 This is what Kendrick and I did last Sunday, and it was fantastic. I may need a repeat performance this weekend.

For our first stop, we grabbed The Onion (favorite story of the day here), and plunked ourselves down at Stromboli’s Pizza (in my opinion, one of the better spots in Manhattan). 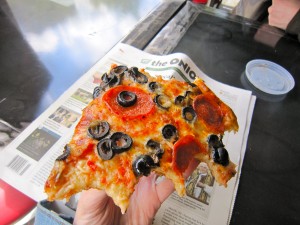 This, incidentally, is how I eat pizza: plucking off bites one at a time until all that’s left is the melty, perfect center. Kendrick indulges this little oddity of mine, which is yet another reason why I married the guy. 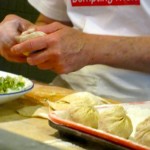 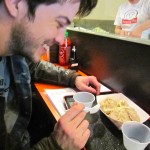 After a pass through the De La Vega Museum, where we met James himself, we went next door to Dumpling Man. Remember the steamed pork buns vs. soup buns debate here awhile back? (Apologies, comments were deleted in the transfer over to my new site, but basically, I unwittingly called a dish that I ordered from a Chinese restaurant pork buns – because that’s what they were called on the menu – but it turns out they were actually soup dumplings.) Anyway, we decided to try the soup dumplings, but were pretty disappointed…as there really wasn’t any soup in them. Just meat. But Kendrick had his Sriracha to dress them up with, so he was happy as a steamed mini pork bun. 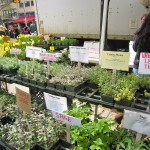 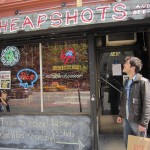 The day ended with goat cheese and lemon-scented thyme at the Tompkins Square Park Greenmarket and a dash into one of my favorite dives in the city, Cheap Shots. Haven’t been? I recommend going – preferably in the afternoon, before the crowds pour in, so you can fully appreciate the fabulousness of the place.